As Adani Enterprises make a move to acquire NDTV; Founders Radhika and Prannoy Roy put up a fight

According to industry sources, the deal is valued at about Rs 500 crore 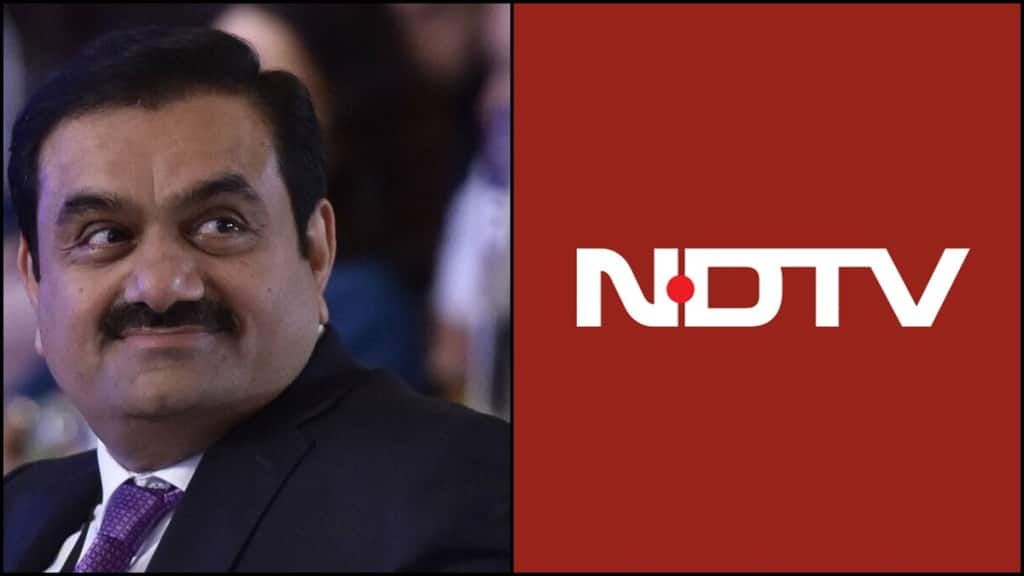 In an official statement, NDTV stated that the 29% stake was acquired without discussion, consent or notice.

On Tuesday  Adani Enterprises’ move to acquire the controlling shares in one of the oldest private television news networks New Delhi Television Ltd (NDTV) has brought mixed responses in the media fraternity. “All media entities are owned by corporates and it’s not new. The main thing is editorial independence should be maintained and coverage of news should be unbiased. As long as this is maintained, everything should be fine,” Ashish Bhasin, co-founder and chairman, RD&X Network, told FE BrandWagon Online.

As per the stock exchange filing, Adani said that its media unit AMG Media Networks Ltd has exercised its rights to convert the outstanding loan to NDTV’s holding company, resulting in acquisition of a 29.18% stake in NDTV. Post this, Adani plans to launch an open offer to buy another 26% stake from shareholders. This will be the second media company that Gautam Adani steps into. In March, Adani Group bought a 49% stake in local digital business news platform Quintillion, which operates the business platform The Quint, thereby bringing his acquisition in the media industry to two companies. “The NDTV acquisition will pave the way for new age media across platforms,” Sanjay Pugalia, chief executive officer, AMG Media Networks Limited, said in a statement.

According to industry sources, the deal is valued at about Rs 500 crore. For what it is believed Adani has acquired the equity from his good friend Mukesh Ambani. On July 21, 2009, founders of NDTV Prannoy Roy, along with his wife Radhika Roy through their private holding company RRPR Holding raised a loan amounting to Rs 350 crore, sans any interest, from Vishvapradhan Commercial (VCPL).

Also Read
After Hours With Manas Fuloria, CEO and co-founder, Nagarro
R for Rabbit launches Pure & Beyond range with brand ambassador Shriya Saran
eBay rolls out ‘eBay. Export Ka Expert’ campaign to prioritise sellers
‘We’re focused on a 2030 strategy, not a 2023 strategy’, Spotify’s Brad Grealy on the company’s plans to expand ad sales team by 5x in the next seven months

Meanwhile, in an official email to which FE BrandWagon Online had access to, Suparna Singh, CEO, NDTV, said “Radhika and Prannoy continue to hold 32% of NDTV.

“VCPL has been acquired by Adani Media Group. This Group has also announced an open offer to buy upto 26% NDTV’s shares from the market. Such an offer is required if one entity picks up 25% in the company (VCPL has acquired 29% as stated above).

“We are in the process of evaluating the next steps, many of which involve regulatory and legal processes.”

Furthermore, in an official statement, NDTV stated that the 29% stake was acquired without discussion, consent or notice. “The NDTV founders and the Company would like to make it clear that this exercise of rights by VCPL was executed without any input from, conversation with, or consent of the NDTV founders, who, like NDTV, have been made aware of this exercise of rights only today. As recently as yesterday, NDTV had informed the stock exchanges that there was no change in the shareholding of its founders,” the company said.

Interestingly, this isn’t the first time that a corporate or a business entity has acquired a stake in a media firm. In 2012, India Today Group (ITG) inked an agreement with Aditya Birla Group for a financial investment in lieu of 27.5% stake in the former’s holding company, Living Media India Ltd. Not to mention, Mukesh Ambani’s takeover of Network18 Group which was previously owned by Raghav Bahl, who now runs news platform Quint. Furthermore, Kotak Mahindra Bank along with its subsidiaries hold about 2,000 shares in business daily – Business Standard. “This is not a complete story. What will be Sanjay’s Pugalia’s role and how will transition happen has not been made clear yet,” a senior analyst on the condition of anonymity, said.

According to industry experts this also raises the question around the independence the network has so far enjoyed in terms of editorial coverage. “Will this be lost or will Roy continue? NDTV is synonymous with Pronnoy Roy and if he exists, the question is what will be left of the brand,” a senior media analyst, who did not want to be named, said.

NDTV has seen both good and bad days. From the time when it ran an array for channels right from Hindi general entertainment channels such NDTV Imagine to NDTV Good Times which was rolled out in partnership with businessman Vijay Mallaya. Off-late, the series of raids by the Enforcement Directorate has also brought the limelight on the struggles of the network.  In October 2018, ED had issued notice to NDTV for forex norm violation worth Rs 4,300 crore.

“NDTV was definitely under financial stress. Even as the volume of advertising was growing, the cost of running the business was also increasing, which made it difficult for it survive,” said a senior media executive.

According to industry estimates the cost of a 10 second commercial on NDTV was Rs 17,000, however, the inventory is being sold anywhere Rs 10,000-12,000. The network currently has two channels Hindi and English. The ad rate on Hindi is much less at Rs 1,000-11,00 per 10 second. Even as the app was at the number one position before Covid, the revenue was almost negligible with limited ads. Not, to mention the cost of running the digital operation was very high. Add to that, legacy reporters and the top heavy structure which the company followed. As per regulatory filings, NDTV recorded a revenue of Rs 421 crore with an EBITDA of Rs 123 crore and net profit of Rs 85 crore in FY22 with negligible debt.

Some believe that perhaps Roy and his wife are not tired of fighting the fight and hence, it is now time to exit. Will the brand exist in its original avatar? A lot is yet to be answered.