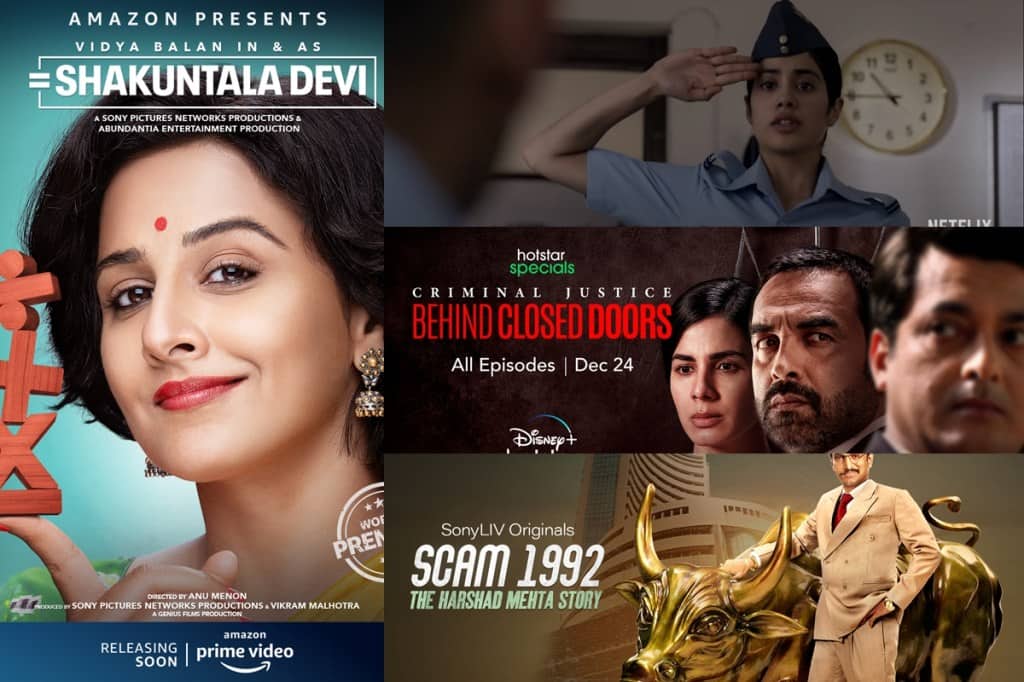 According to India Brand Equity Foundation, the OTT sector in India witnessed a 30% rise in the number of paid subscribers, from 22.2 million to 29 million, between March and July 2020 alone.

OTT video streaming platforms have had a good run over the past nine months. Several VoD providers have registered an increase in not just usage and time spent on their apps, but also in the number of paid subscribers. According to Omdia (which excludes subscriptions from bundled offers), as of December 2020, Disney+ Hotstar had 18.69 million subscribers, a big jump from 5.36 million in 2019. Amazon Prime Video had 5.83 million subscribers — up from 4.34 million in 2019 — while Netflix added more than a million paying users to reach 3.08 million subscribers in 2020. The subscriber count of Zee5 and SonyLiv stood at 2.7 million (up from 1.99 million) and 1.81 million (up from 6.5 lakh), respectively, in 2020.

A combination of factors has worked in favour of OTT platforms. The absence of fresh content on television during the lockdown drove people to explore OTT platforms. And once it became clear that theatres will not be able to resume operations at the same level as earlier, producers opted to release movies directly on digital platforms behind paywalls. That apart, OTT platforms continuously spruced up their library with new original shows through the year.

In its 2020 media and entertainment report, KPMG has predicted that SVoD subscription base will grow 2.8 times in the next two years to 62 million, and drive OTT subscription revenue by 4.8 times to Rs 4,600 crore in FY22. Could subscription become a more bankable revenue stream for OTT platforms going forward?

According to India Brand Equity Foundation, the OTT sector in India witnessed a 30% rise in the number of paid subscribers, from 22.2 million to 29 million, between March and July 2020 alone. Until 2019, paid subscriptions brought in hardly 10% of a video streaming platform’s total revenue. “In 2020, paid users increased by about 25% resulting in subscription revenue contributing 15-20% to the overall pie,” says Constantinos Papavassilopoulos, principal analyst, Omdia.

Voot’s premium paid service which was launched just days ahead of the lockdown is now “well-ahead of estimates”, says Ferzad Palia, head – Voot Select, youth, music and English entertainment, Viacom18. He says the streaming platform was expecting to reach the current level of subscriptions only by next year. Omdia estimates that Voot Select has 5.6 lakh paying subscribers. A Zee5 spokesperson informs that the platform’s paid users increased by 45% in 2020 over 2019 and overall subscribers grew by 80%.

Then there’s ShemarooMe, which did not plan to concentrate on the B2C part of the business until 2022, but is now reconsidering. “We have been pleasantly surprised by consumers paying to watch Bollywood premieres and Gujarati content on our platform with no marketing investment from our end,” says Hiren Gada, CEO, Shemaroo Entertainment.

Meanwhile, Amazon Prime Video, in a bid to add more subscribers, has tied-up with Airtel to introduce mobile-only plans starting at an introductory price of Rs 89 per month.

Dishing out newer content and acquiring movies for digital premieres will come at a huge cost. “For a direct-to-OTT release, a filmmaker could demand four times the price of selling only digital rights after a theatrical release,” estimates Shailesh Kapoor, founder and CEO, Ormax Media. The movie acquisition cost for a digital premiere could be as high as Rs 75-100 crore; analysts estimate that a platform could easily churn out eight to 10 original shows within that cost.

The past year saw Viacom launch Voot Select, and Sony relaunch SonyLiv with a fresh focus on original content. Voot Select introduced six original shows in 2020, while SonyLiv added seven. “There is a realisation among Indian platforms that have been following the freemium model that subscription allows for better monetisation opportunities,” says Papavassilopoulos. Netflix, which is the most premium OTT platform in India, charging Rs 499 per month, invested Rs 3,000 crore on Indian originals in 2019-2020.

Subscription fees across platforms varies drastically. An annual subscription for Zee5 Club costs Rs 365; Disney+ Hotstar charges Rs 399 for the yearly VIP access; while Amazon Prime Video is part of the Amazon Prime bundle which costs Rs 999 annually. As platforms pour in more money into creating content, profitability will continue to be a challenge, say analysts.