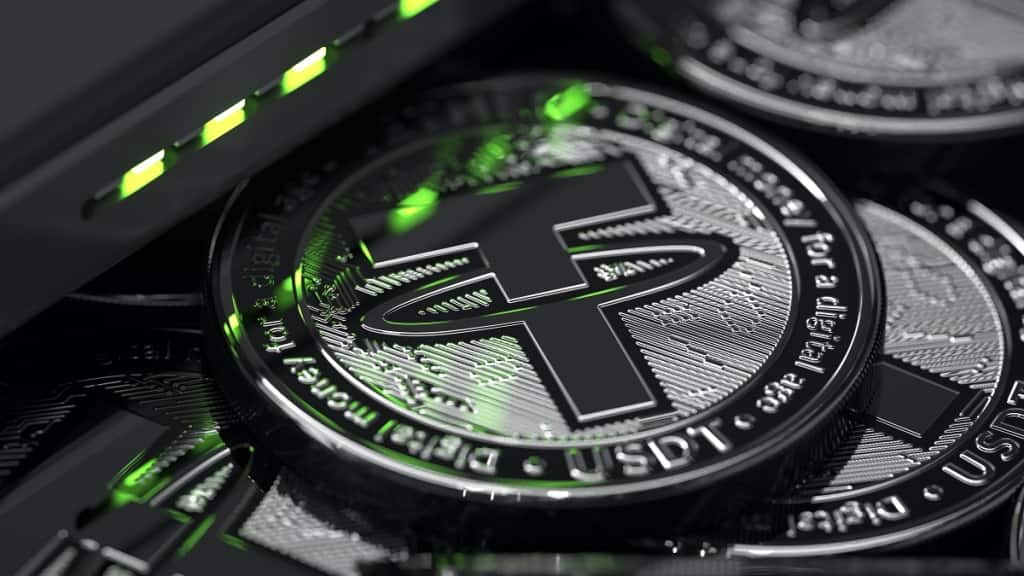 Stablecoins are essentially digital currencies with a stable value as their prices are pegged to a reserve asset such as gold or the US dollar. (Image: Unsplash.com)

The third biggest cryptocurrency Tether, which earlier this month hit the $80-billion market cap, is now among the top 30 names in the financial services world. With the current m-cap of $80.75 billion, stablecoin Tether (USDT) has turned more valuable than the 29th-ranked US-based financial services group PNC Financial Services valued at $80.74 billion, as per data by CompaniesMarketCap.com that ranks top global assets by m-cap.

While digital currencies cannot be compared to physical businesses because cryptos are a peer-to-peer software system and enterprises are for-profit businesses, Tether theoretically was the 28th biggest financial services player globally by market cap, data showed.

“Launched in 2014, Tether tokens pioneered the stablecoin model and are the most widely traded. Tether tokens offer the stability and simplicity of fiat currencies coupled with the innovative nature of blockchain technology, representing a perfect combination of both worlds,” according to the Tether website. Stablecoins are essentially digital currencies with a stable value as their prices are pegged to a reserve asset such as gold or the US dollar that helps it in controlling the volatility that is present in other coins such as Bitcoin whose price is not tied to any ‘stable’ reserve asset. Tether has a stable price of $1.

Stablecoins are being increasingly used as an inflation hedge in recent times and compared to keeping fiat currency in a savings account averaging 0.06 per cent, users can lend their stablecoins and earn yields ranging from 3 per cent to as high as 20 per cent, according to CoinMarketCap.com. Moreover, since USDT is protected from market fluctuations, it is a safe haven for crypto investors as during periods of high volatility, they can park their portfolios in Tether without having to completely cash out into USD, the website read. Tether’s m-cap had jumped over 17X from $4.65 billion in March 2020 to the current level with a circulating supply of 80.74 billion coins.

Follow us on
First published on: 20-03-2022 at 05:30:08 pm
Latest News
What is the future of blockchain as a service
Trends dominating the pharma industry: A 2023 outlook
The convergence of pop culture and storytelling creates a compelling piece of art
The good and bad of a live-in relationship for your mental health
Is online BCA in data analytics worth it? Know here 
Cold morning in Delhi, max temperature likely to settle at 22 degrees Celsius
Cloud acceleration of Enterprise Networking: Imperatives to boost business operations, enhance user experience
Photos
First look! This is how the new Parliament will look from inside – Check latest PHOTOS
55 mins agoJanuary 21, 2023
Republic Day 2023 parade rehearsals continue at full swing in Kartavya Path; See PHOTOS
18 hours agoJanuary 20, 2023
CYCLONE – I: India, Egypt special forces hold joint exercise in Jaisalmer – Photos
19 hours agoJanuary 20, 2023
Read More
×
Union Budget 2023-24: An opportunity for India to establish a VDA-friendly business environment
Union Budget 2023: Better taxes will lead to better compliance
FACTBOX – Crypto’s string of bankruptcies
FTX defends choice of law firm to guide it through bankruptcy
China’s e-yuan gets smart contract functionality
80% costs’ reduction expected through DeFi influence on foreign exchange markets: Report
Switch to Hindi Edition