Triumph is quite the brand to think of when it comes to modern classics and the Street Scrambler ups its game as it not only looks brilliant, it carries a go-anywhere attitude 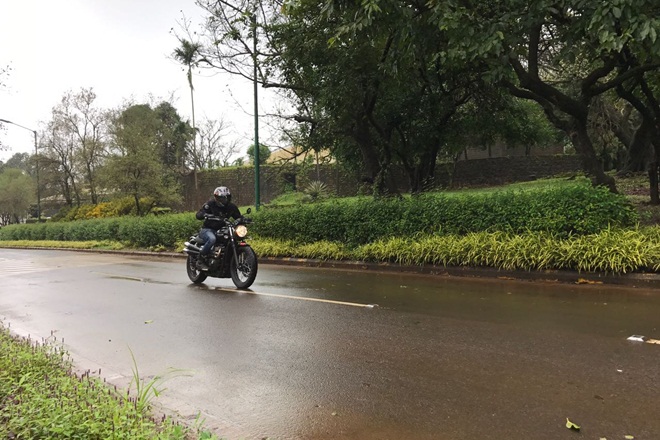 In a time before mass produced dirt bikes the concept of the Scrambler was conceived. Junkies would strip their motorcycle of anything that made their bike slower. The result would be a motorcycle that could go faster and could shred its way through whatever hill climb, muddy berm or gravel flat-track that stood in its way. Keep in mind back in the 1920s races were all about speed, governance and regulations were for the birds. In the end, there were some basic unwritten norms that riders would follow when it came to building their ‘Scrambler’ and they are: 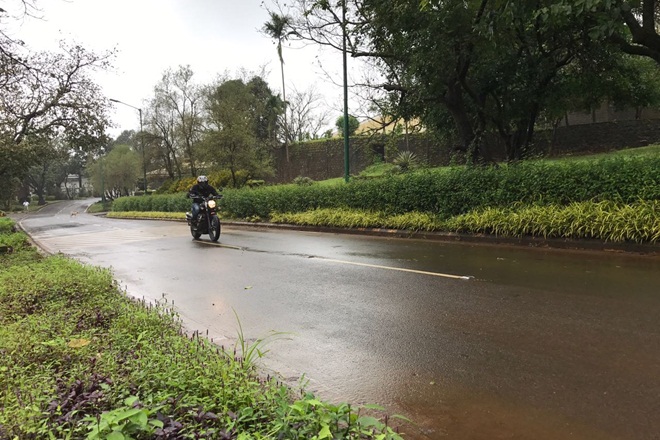 Fast forward to 2017, you don’t need to spend hours in your garage, have your wife leave you and lose a tooth to have a motorcycle that carries forward the scrambler ethos, you can just drop by at a dealership and have one that’s been built in a factory. Now a few of you might say that this takes away from the feeling of building one for yourself, true. But in the bargain, you also get something that’s been purpose built and isn’t likely to break every time you ride it. In India, we got our first taste of the scrambling way of life through the Scrambler Ducati a few years ago. Now there’s this, Triumphs Street Scrambler and it’s absolutely friggin perfect. That is of course if your willing to comply with the slightly objectionable scrambler way of life. 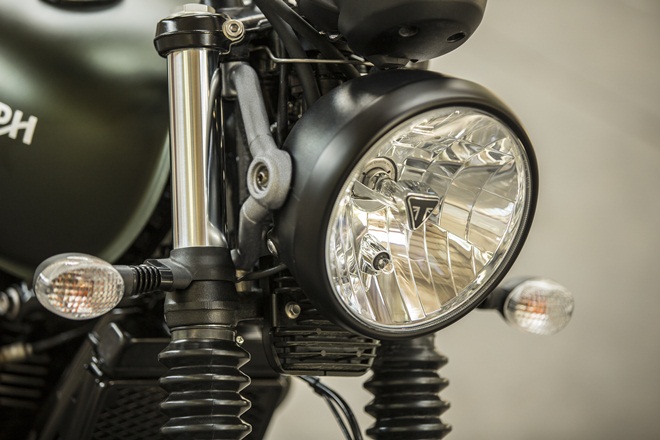 The Street Scrambler is based on the Triumph Street twin, which means that there’s a lot of the mother bike still in the scrambler. Most noticeably the 900cc British built high torque parallel twin and the tank! The rest has been edited tinkered and fettled with to produce a bike that can not only crunch miles but also keep going when the road runs out. Now we rode it very briefly, not long enough to get into details about the real world riding but this is a brief run through of what we know thus far. A longer review will follow once we can get the bike in for a full test.

Cosmetically the Street Scrambler gets a wider handlebar, 19 inch-17 inch front-rear wheel set that gives away it’s dirt riding intent. Triumph has also followed the minimalist approach to the bodywork. You also get a removable pillion seat that can be swapped for an aluminium rack (also part of the standard MRP) and bear trap style dirt foot pegs. The engine also gets a skid plate and new smaller mud guards at the front and rear. That aside it looks like the Street twin that it is inspired by. Which is exactly what you want from a Scrambler. An off-road going classic motorcycle! 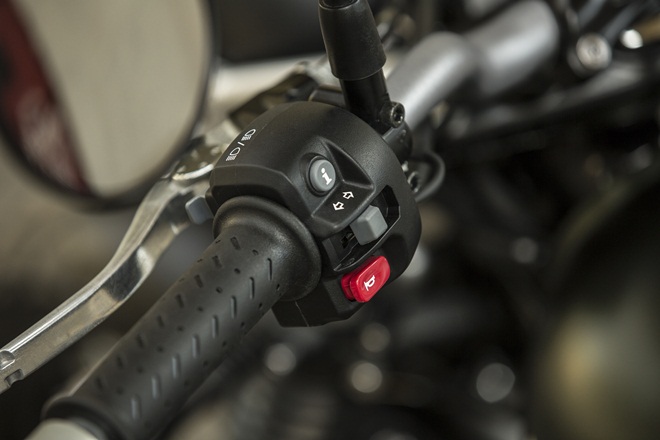 Turn it over using the bonnie style kill-switch-ignition button combo and you’re greeted by a familiar sounding grunty old school British twin cylinder note. Swing a leg over and you notice that you’re in contact with heat shield on the exhaust. Which you can’t help but think is going to be a bit of a pain when you’re trying to navigate through the city. However, once your on the Trott is when the scrambler really comes into its own. Triumph have remapped the engine to give you a large chunk of the torque low down in the powerband and in layman’s terms means you twist the throttle and it hustles like Jay-Z. The wide set handle bars allow the scrambler some phenomenal manoeuvrability, it changes direction like a hot knife through butter. The on-off road Metzeler tyres have confidence inspiring grip on tarmac and even in the wet. However, my personal favourite part of the scramblers mechanisms is the 6-speed gearbox which is so smooth through shifts it’s almost telepathic. The 900cc liquid cooled powerplant makes a sufficient 54 hp and 90Nm of torque in line with the essence of the scrambler philosophy. 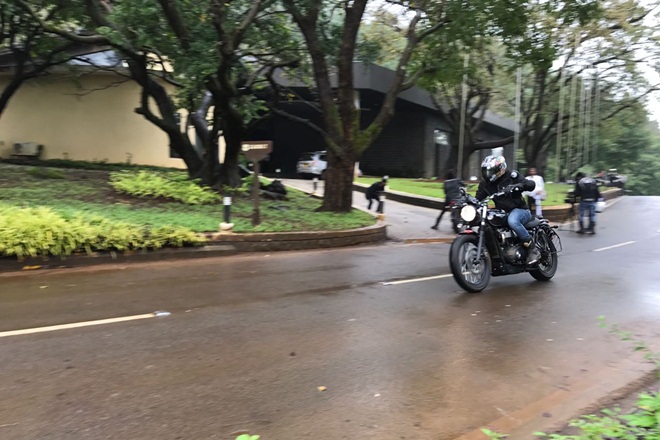 Now Triumph has priced the Street Scrambler at a pretty attractive 8.10 lakh pan-India. The big question now is that who’s going to buy a bike that makes roughly 10 odd horsepower more than a Duke390.Well for one people who had that thought are the first off the list. The Street Scrambler is about communicating with an era long past, beyond numbers and statistics. It’s not about lap-times, cornering angles or dragging your knees on the black. It’s a bike that makes you happy, like watching the sunrise over the mountains. It doesn’t scare you or make you want to push. It triggers some deep seeded emotions that can’t really be quantified and that is exactly what makes the Triumph Street Scrambler so very special.