Royal Enfield Meteor 350 Review | The Meteor 350 promises to be way more than just a new name or a model refresh for the Thunderbird 350. The new G-Series 349cc engine lends it a completely new personality.

Has this ever happened to you! You had been planning an elaborate road trip but a pandemic broke out and forced you off the roads? No surprises there if it did this year. What you need is a lockdown that lasts for months to bring your spirits down and then a brand new motorcycle to pop them right back up. So, Royal Enfield has rolled out something that’s very familiar but very new. The Thunderbird 350 is being replaced by the new Royal Enfield Meteor 350 which has delivered a whole new ride experience compared to the TB 350. You’d be wrong if you thought the Meteor was just a new model year Thunderbird. 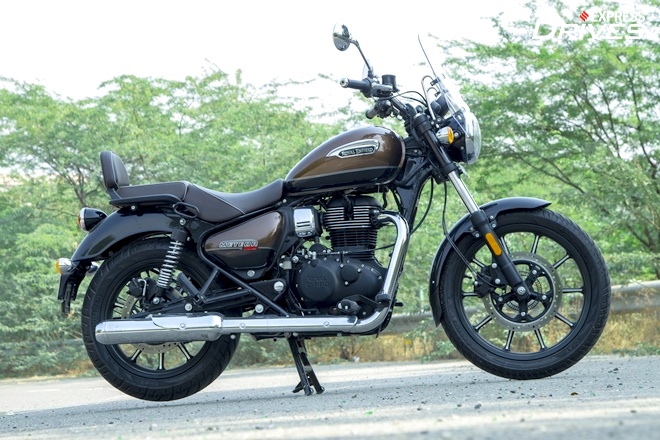 It gets a whole new name because it is a whole new motorcycle. I’m perhaps supposed to write this at the end of the review, but I’ll start with this – the best thing about the Meteor 350 is the new engine. The displacement is slightly larger with a larger bore and a shorter stroke. But, it retains the long-stroke architecture and there’s a teeny bit of bump in power as well. 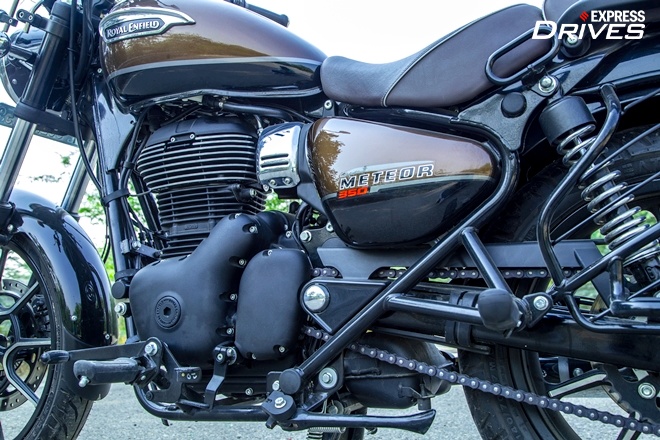 Vibrations used to be a major concern with the Thunderbird 350 but with the new engine, the Meteor 350 offers far better refinement and has a very even torque spread across the rev band. The new engine ensures a true blue cruiser disposition for the Meteor with the capability to remain composed at speeds as low as 30-40 km/h in the fifth gear. It will do a top speed of 120 km/h but has its sweet spot at about 90 km/h where it feels most effortless for long durations.

The exhaust note is reminiscent of the Thunderbird 350 but is subtle and speaks for the engine refinement. The gearshifts are as crisp as you can want them to be on a cruiser. However, the rider footpegs are quite forward-set and it is only a matter of getting used to but I would’ve preferred them very slightly closer or if they’re going to be far out, a little pivot towards the rider would help (along with the levers). What improves the gearshifts is a comparatively lighter pull on the clutch lever even though it isn’t a slipper clutch. 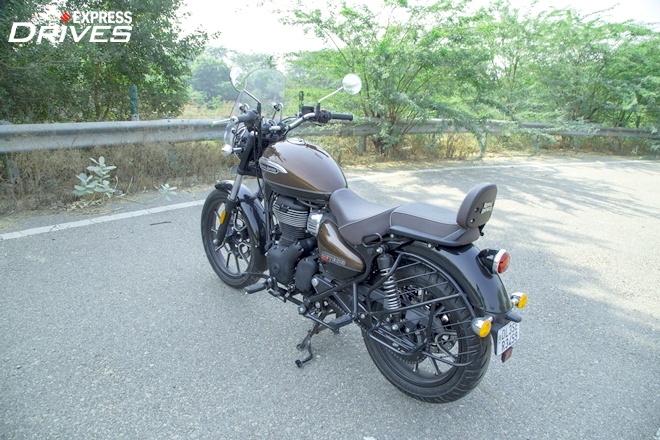 The Meteor 350 is definitely a better handling machine than the Thunderbird 350 for two major reasons. One, it is lighter by about 6 kg, and two, the handlebars are flatter that makes for better control. The Meteor is easier to steer in slow-moving traffic or to filter through fast-moving vehicles, along with being simpler to pull in and out of parking. 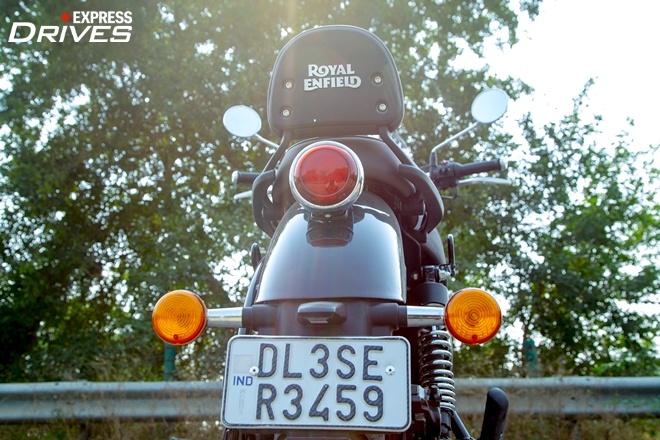 The 350cc Royal Enfield cruiser now offers better performance and handling, however, the ride quality comes across as quite harsh and the seat cushion is firm as well. Braking performance feels similar to what it was on the Thunderbird and some more bite, especially on the rear disc, would’ve been welcome. 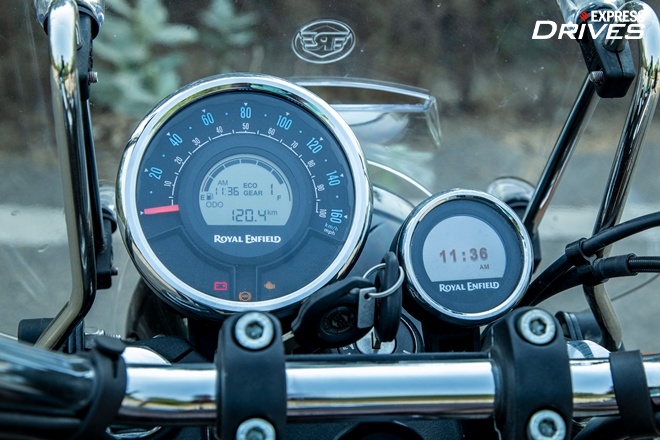 The second thing that is hands down impressive after the engine is the Tripper for real-time navigation through Bluetooth connectivity. The system is very easy to use and accurate as well. The best part about the Tripper is that it gets a dedicated screen which means the directions are very prominently visible to the rider. Royal Enfield has introduced very unique switchgear on the Meteor 350 which could take some time to get used to but I found the new style of buttons to be very handy. 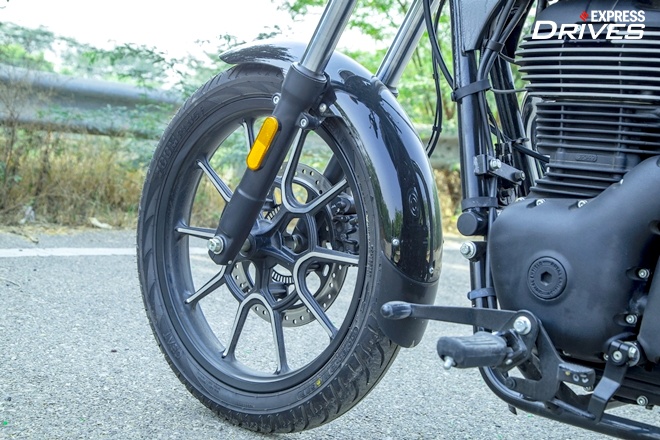 The overall design retains the Thunderbird appeal but with a fresh whiff of a roadster with flatter handlebars and new alloy wheels. It gets a prominent windscreen as standard. As is with the rest of its motorcycles, Royal Enfield also has an array of accessories available for the new cruiser. 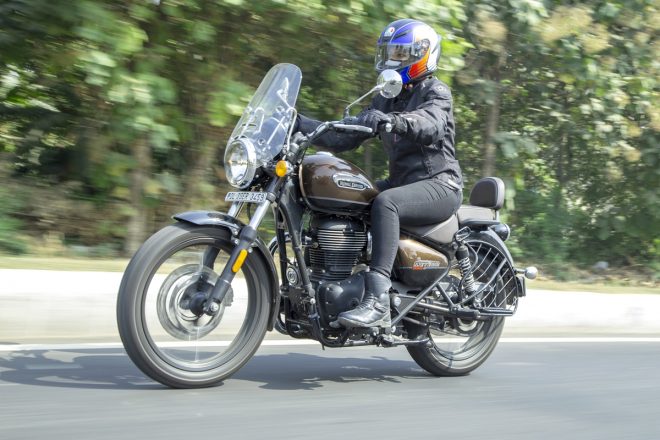 Royal Enfield used to have the two old school 350cc and 500cc engines which actually helped the brand remain immensely popular with the buyers. But then came along the Himalayan with its 411cc engine, building itself its own community of fans. With the changing times, Royal Enfield rolled out the 650 twins and the engine they use is what makes them so brilliant. And now, the new 350cc powerplant on the Meteor confirms that Royal Enfield has stepped into an era of betterment and refinement which should only result in the widening of its audience.

The Meteor 350 is a considerable leap forward in comparison to its predecessor in terms of engine performance, quality fit and finish, improved convenience thanks to the Tripper, and it sounds better as well. Carrying a price tag of Rs 1.76 lakh (ex-showroom), the Meteor is certainly a great bargain.