The Odysse Evoqis, while being the only fully-faired electric bike on sale, also promises good range, decent performance as well as low maintenance costs. You will find out more in the review When we talk of electric two-wheelers, we always imagine scooters. Last year, one motorcycle came to the fore and everyone has been appreciating its useability. This year, while being lean, has provided us another motorcycle from a start-up. It is the new Odysse Evoqis. Pronounced as “Ee-woke”, made in Ahmedabad and using majority of local components, the Evoqis is for Rs 1.5 lakh, ex-showroom and if you haven’t seen it already, it is the only fully-faired electric bike available right now. It is being sold out of 11 showrooms right now across India, with a dealer network that is expanding as we type this. How good is it or worth the money? We spent four days with the bike to get you all the answers. 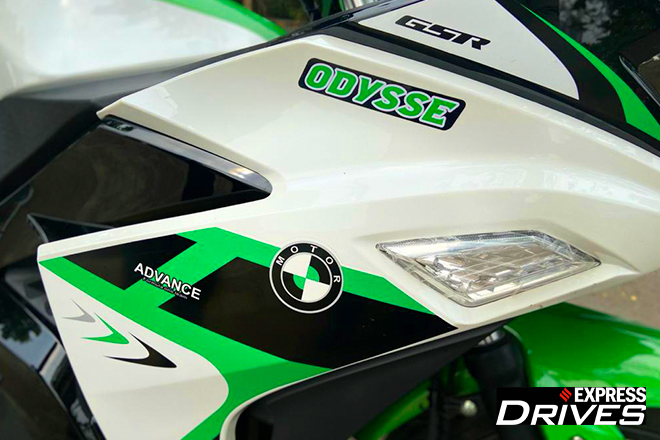 It is quite attractive and looks way bigger than its size suggests. We will not blame you if your thoughts run on the lines that this bike looks inspired by certain Japanese supersports. You get LED projector headlamps, LED DRLs, a sharp-looking fairing, semi-digital instrument console and the usual switches. The semi-digital instrument console shows the battery charge, speed, one trip meter, odometer and the turn indicators. There are also 17-inch alloy wheels at both ends shod with Ceat Zoom XL tyres. One will also notice the pointless stickers on the bike that will lead you to believe that this is an affordable BMW EV – it is not. 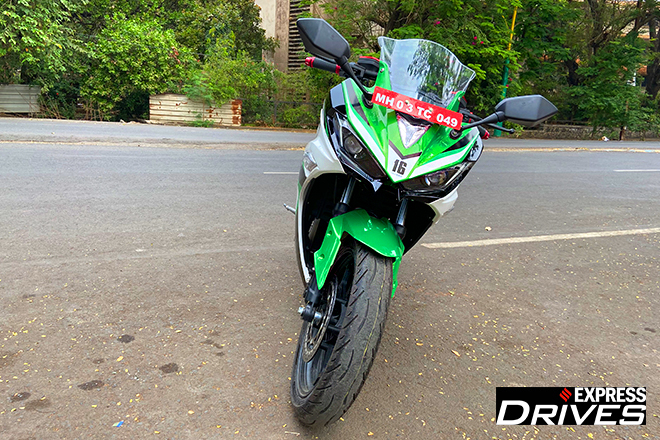 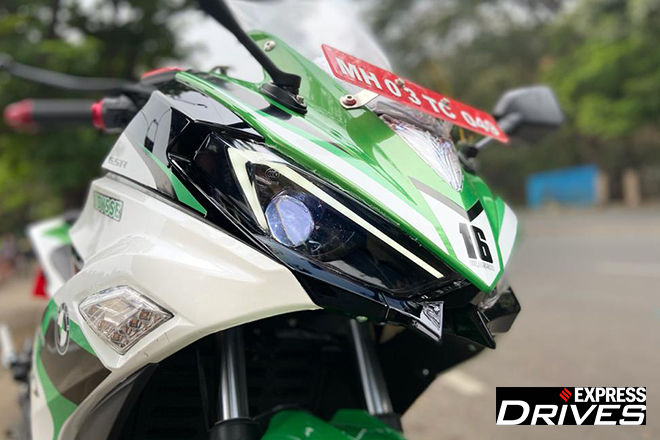 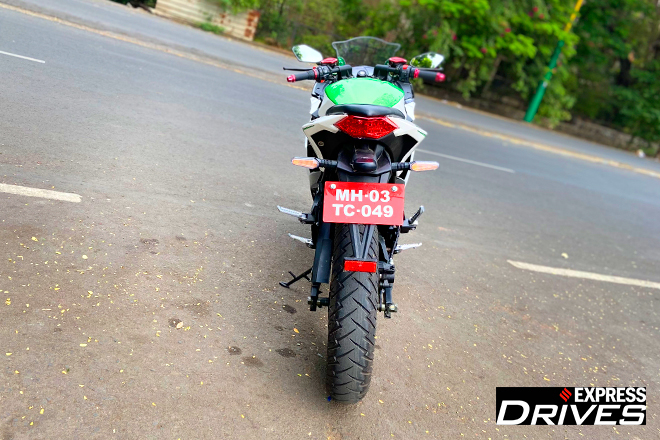 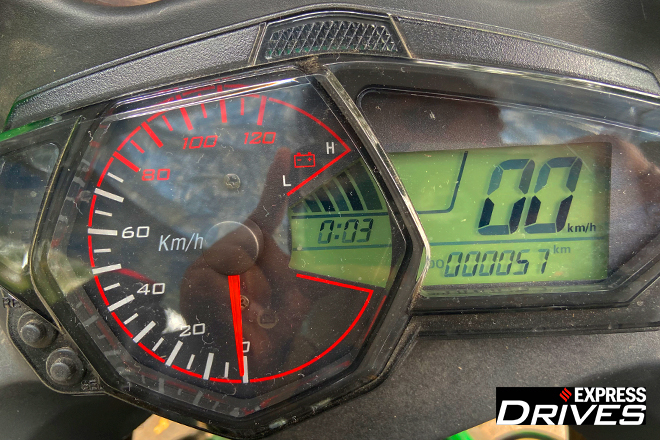 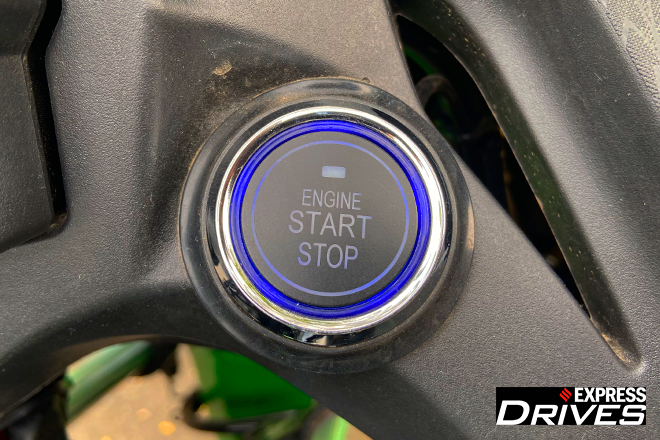 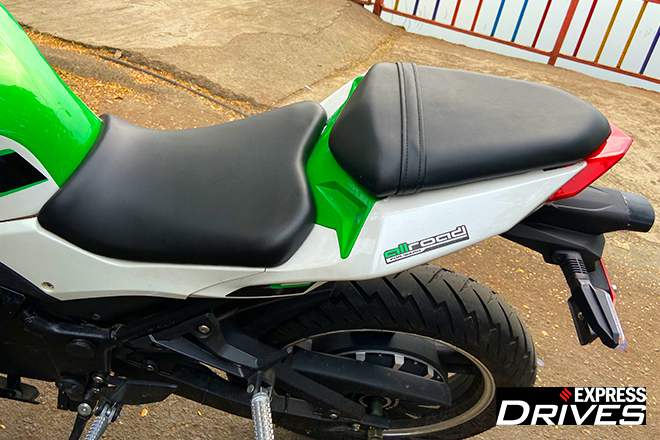 Overall, we quite like the design elements and the bike has been designed keeping in mind the youth. Well done on that count!

The battery charging port is located near the rear wheel. It becomes a bit difficult to access especially after riding in the rain with the muck. The fuel tank is properly lockable but Odysse could have instead made a storage space there. Odysse has provided mirrors in which you can basically see only the brake levers. Whichever way you see it, the mirrors aren’t of much use. Panel gaps could also have been even at few places though overall build quality seems decent.

Connectivity options too are absent and Odysse is aware of this. They plan to implement it soon. 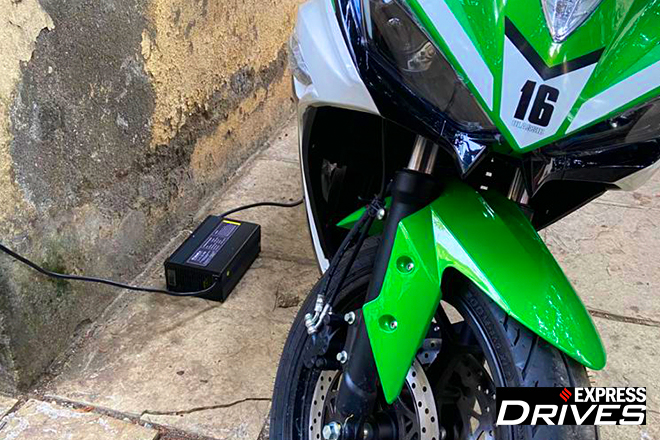 The Odysse Evoqis boasts a 3000W electric motor. It is supported by a 4.32kWh Li-ion battery pack that is fixed where you will usually expect the engine to be. The peak power output is 6hp while the torque is 64Nm. Odysse claims a range of 150km on a single charge as certified by CIRT. The latter is a government-approved body that can certify vehicles and spare parts. The CIRT acronym expands to Central Institute of Road Transport. Odysse claims that a charge from 0-100 per cent takes up to six hours. The company provides a 15W charger with the bike. There are three riding modes and these are Drive, Sports and Reverse. An additional Parking mode is provided as well. These modes are self-explanatory and are located on the left handlebar grip. It takes some getting used to with the operation. Now if you accidentally put the bike into reverse or park mode while riding, the bike doesn’t stop and Odysse has engineered it well to ensure that these kinds of changes happen only when you are parked safely. Sports on the go provides a noticeable boost and it stays on unlike other e-scooters that we experienced. 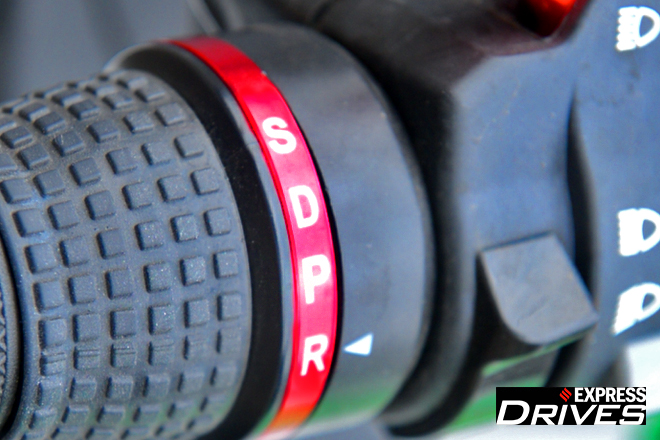 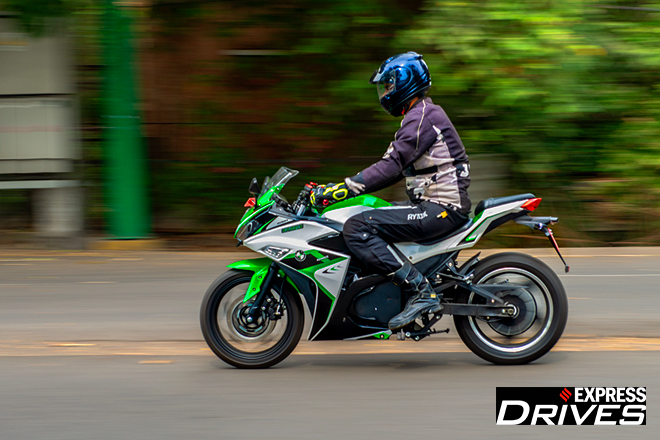 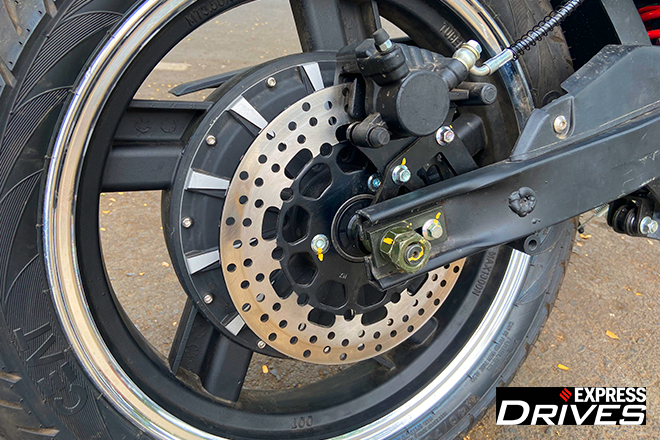 The acceleration is linear and while the motor is from Bosch, the other components are sourced from other countries. Contrary to what we have experienced before on other e-scooters, there is no suddeness to the acceleration which ensures that everyone is quite at home riding this one. During our tests, we happened to cross 65kmph with ease, post which we saw 78kmph on the speedo after sometime. Odysse claims a 0-50kmph time of 4.2 seconds. Our test time reflects 5s. Still, it is reasonably fast and you can also manage overtakes without much planning. The best experience is in Sports mode wherein you can have the maximum poke and a higher top speed. If the battery is fully charged, the Drive mode will take you to 74kmph whereas engaging the Sports mode at this point will lead to a boost by 5kmph. 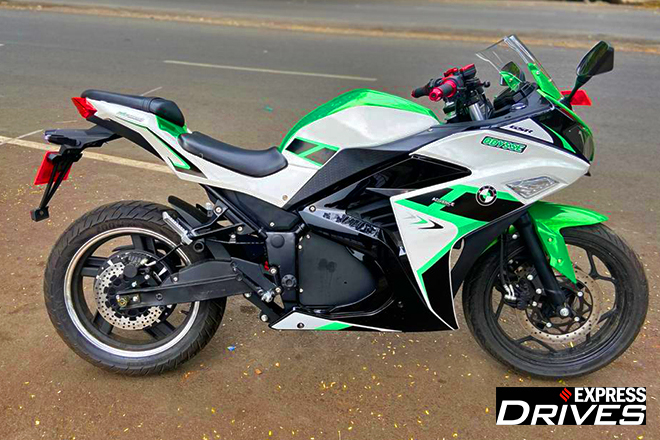 When you brake for a turn or traffic signal, the power understandably cuts off but then when you want a bit of acceleration then the power doesn’t come back immediately. This might land you with a bit of awkwardness wherein in the middle of a u-turn, you will be slower than others. The solution to this, as we found out, is to use more of the front brake and less of the rear.  With a bike that looks this good, the top speed could have been 100kmph. Moreover, the actual charging time could exceed six hrs but Odysse assures us that this is being taken up with the battery supplier. The charging cord is barely two metres in length and unless you live on the ground floor or have some other provision, charging the bike will be an issue. A swappable battery could be incorporated but Odysse says that the unit is too heavy to be carried easily.

A fast charging option is being worked upon which will ensure that the time to charge is less than four hours. The first 50 per cent will get charged in less than an hour with the fast charger.

There is a three years warranty on the battery and one year for the bike. Servicing is taken care wherein the first scheduled appointment is at six months, then nine and 12. The brake pads will most likely be checked and adjusted. There will also be a battery check-up, wash (never ever spray water directly on the battery compartment in an electric vehicle) as well as general checks. That’s the beauty of an electric powertrain. There is low maintenance. Odysse right now has more than 10 dealerships in the country and the number is significantly set to expand in the coming months. These dealers also have a service centre behind the showroom. You can find details of new dealerships on the Odysse website. 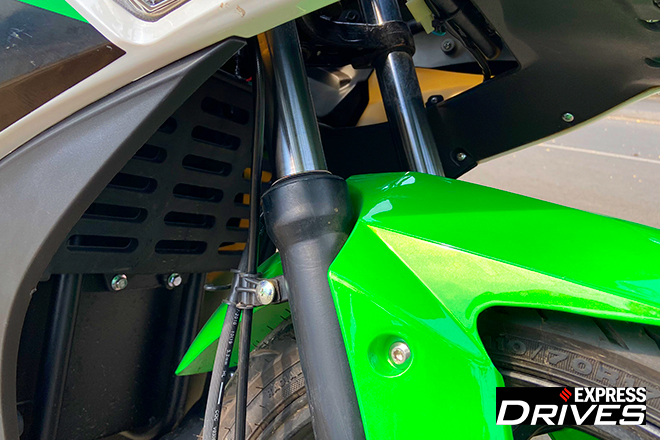 The bike feels stable despite weighing lower than a TVS NTorq 125, at 111kg. Handling is also pretty okay given that you won’t reach high speeds. The CEAT tyres though are designed for durability than handling. Bump absorption could be better as the bike feels quite stiff. There are dual discs in the front and a single one at the back. There is no ABS or CBS dialed in. Decent enough stopping power is given by these brakes. Ground clearance is good though.

The front brake lever has to be squeezed real hard to make the bike stop from even 60kmph. It is easy to get the rear to slide under hard braking as well. The fact that the brake levers are non-adjustable is also something that may be a hindrance for some. ABS is being planned for future bikes. At the same time, there is no all-time on headlamps as these consume energy and reduce the range. 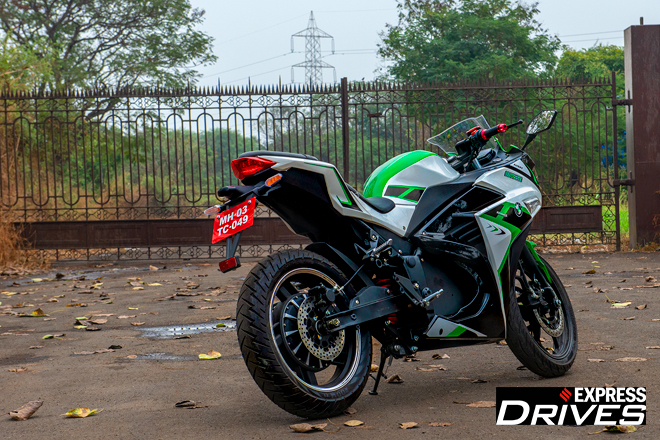 In all, Rs 1.5 lakh (ex-showroom) given the limitations seems like a bit too far fetched. However, this could be a fantastic bike for those who have just turned 18 and will be attending college. You have got the stylish looks, cool factor as well as lower operating costs to your advantage. Imagine covering more than 100km in just Rs 40. Not even a train gives you those benefits. There is a lot for Odysse to learn and given how open they are to feedback, it is evident that another improved version of the Evoqis is on its way. Odysse seems to have got the exotic ingredients in place but a bit more hygiene will ensure the Evoqis will be a breakthrough product – both for them and our market. As for utility, the company offers electric scooters with cruise control and an in-built music system. That’s what we will be testing next. Stay tuned!