Is the Suzuki Access 125 still the same refined, comfortable and practical daily commuter that delivers value for the money it demands? We found out with this matte blue unit that lived with us for some days.

It wasn’t very long ago when we first saw a two-wheeler with onboard navigation. It was precisely three years ago. Within this time, features such as these have become quite the norm for two-wheeler buyers, so much so that it can affect buying decisions as well. Suzuki also rolled out Bluetooth-enabled two-wheelers just last year. A lot has been changing lately, the vehicles are now all compliant with BS-VI emissions standards, all engines are hence fuel-injected and run a bit cleaner than before, and they now boast features we only heard of earlier in cars.

But all of this plus a lot more other factors have led to an increase in price tags. And so it did for the Bluetooth-enabled BS-VI Suzuki Access 125 as well. Is it still the same refined, comfortable and practical daily commuter that delivers value for the money it demands? We found out with this matte blue unit that lived with us for some days.

The scooter still has that design very easily recognisable as the Access with its squared headlamp casing. The matte paint looks neat and nice, however, the trouble with anything matte is that the slightest of scratches would be quite visible. 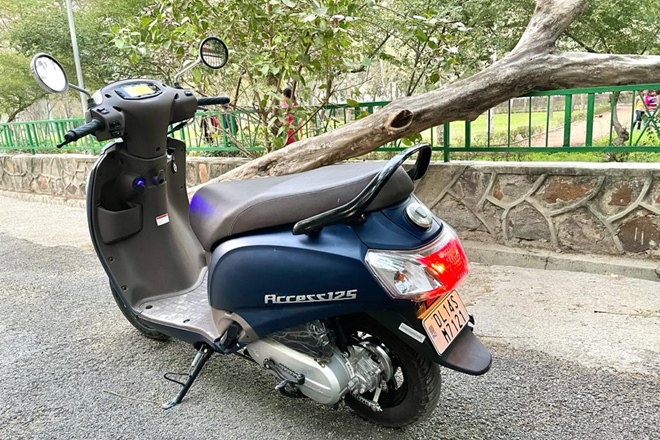 First up, the LED headlamp – looks better, more efficient and offers better illumination ahead. And it gets LED position lights as well. But the most relevant feature addition has got to be smartphone connectivity.

The system is super easy to connect via the Suzuki Ride Connect smartphone app. The directions are very clearly visible on the updated fully-digital instrument console along with ETA. However, we did have to borrow a friend’s Android smartphone to test this out because Ride Connect is so far only available for Android. If you’ve bought the new Access or Burgman Street and you use an Apple phone, the system will remain unused – hopefully, only until Suzuki rolls out an update.

There is a substantial pocket upfront with a USB charging socket nearby which is rather convenient, also because if you’re going to use the navigation on your smartphone, the battery will drain out comparatively quicker.

Luggage carrying requirements are well taken care of through the under-seat storage which is the largest in the segment and easily takes a regular-sized helmet and some more. Along with this, it gets two luggage hooks. Customers can opt for a little windshield up ahead which gives it a bit of a classic appearance. Plus, there are more accessories to choose from. It does not, however, have fancier features like engine start/stop that its direct rival now does. Although with a little sense of surroundings, the issue of saving fuel on traffic signals can be solved manually by the rider.

The alloy disc version which we tested also featured CBS (combined braking system) and it very evidently does its job well. Pulling on just the rear brake lever applies brakes on both ends. Low-speed braking is very bitey and a little more gradual when stopping from a quicker pace. 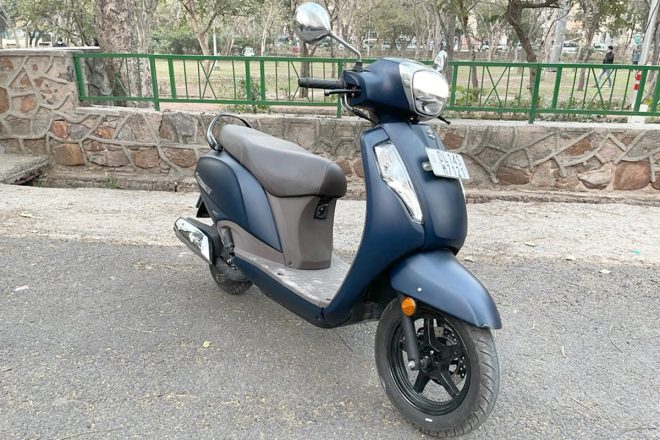 It is the same trusty ol’ 124cc air-cooled single-cylinder unit that makes 8.6 hp and 10 Nm. These numbers are plenty for comfortable cruising around the city and also make it friendly for someone twisting a throttle for the very first time.

In its transition from BS-IV to BS-VI, the Access 125’s engine may have lost 0.2 Nm of torque which is not even worth mentioning but the engine is really refined and stays smooth under acceleration. The low and mid-range of the RPMs have that punch expected from a city scooter. 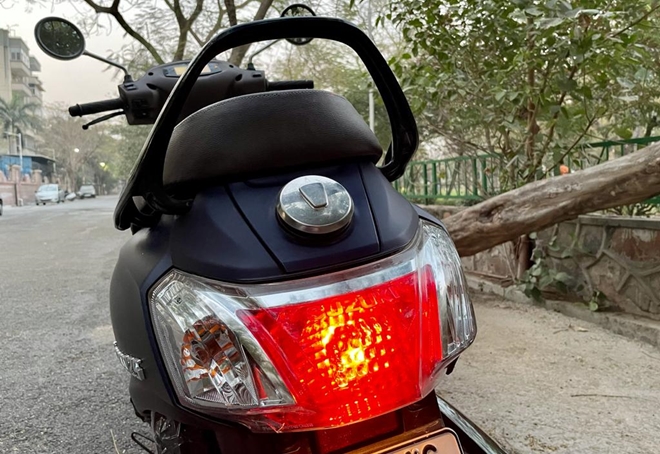 To answer the question we asked at the beginning of this article, yes, the Access 125 is still a very refined and practical machine for everyday usage. In our previous test of the scooter, the BS-VI Access 125 returned a fuel efficiency of about 52 km to a litre (offering a range of 260 km), which only adds to its prowess as a commuter.