The Maruti Suzuki Vitara Brezza has been a great success story since its launch. While the compact SUV is the segment leader in terms of sales, our long-term review finds out if it is the best out there or not. 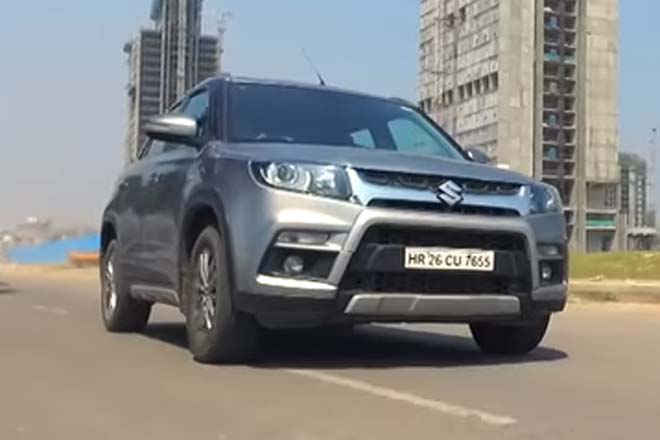 The Maruti Suzuki Vitara Brezza was a runaway success and even close to two years later there is a waiting period on multiple variants of the compact SUV. It isn’t hard to understand why the Maruti Suzuki Vitara Brezza was an instant hit. After all, it looked like a proper SUV, it had a great set of features, it offered good space and a decent powertrain and most of all it was a Maruti. However, the fact that the Vitara Brezza has been able to sustain the momentum makes it clear that the vehicle is more than just a hype. Ever since it got on to the top of the compact SUV segment, no other vehicle in India has come close to challenging it. This made us wonder that while the Maruti Suzuki Vitara Brezza is undoubtedly the best-selling vehicle in its segment, is it really the best compact SUV out there? Since driving a car for a couple of days wouldn’t have given us answers we kept one with us as a long-termer and two months and more than 2,000 km later, we have a definitive answer.

How is the Maruti Suzuki Vitara Brezza to look at?

The Maruti Suzuki Vitara Brezza at its time of launch had to go primarily against the Ford EcoSport, which had started the compact SUV segment. The Vitara Brezza at the time of its launch was also the only compact SUV to have the boxy design one associates with SUVs. The wide chrome slat on the front grille and the slim grille itself lend the Brezza with a bold stance. The sleek headlamps with LED DRLs add a dash of premium flavour to the overall design. The side angle too is impressive on the Vitara Brezza and when seen with a dual-tone roof, the Brezza can at times resemble a baby Range Rover Evoque a bit. Our car has comes with graphics from Maruti’s I Create personalisation programme and hence stands out a bit more from the crowd of Brezzas on the road. You can opt for numerous exterior and interior options through this programme to make your ride stand out. 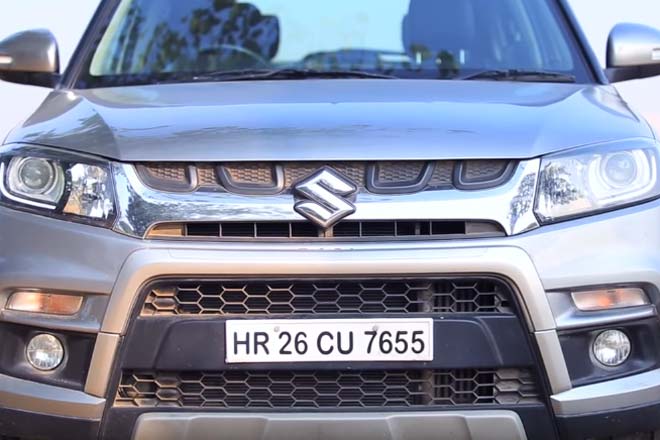 Overall, the Maruti Suzuki Vitara Brezza is an impressive vehicle to look at and looks like a proper SUV with rugged character. Unlike some of the newer cars such as the Tata Nexon and Honda WR-V, the Vitara Brezza wears a slightly more conservative design and that seems to be its strength. While young buyers are more open to trying out new designs, the Brezza hits the right chord with buyers across a wide age range. Also, the Vitara Brezza’s design is one that will age well and when you put all these aspects together, it’s easy to understand why so many people prefer to put their money on the Brezza.

How is the Maruti Suzuki Vitara Brezza’s cabin?

Maruti Suzuki Vitara Brezza’s interior is a good place to be in and since our car has i Create add-ons there’s slightly more pep in the form of different leather seat covers. The usual cabin itself is designed well and the clutter-free dashboard has a seven-inch touchscreen in the centre console. The screen comes with Apple CarPlay, navigation, USB and AUX-in connectivity. While one can easily find similarities between the Brezza and Baleno’s cabin, the former does have enough elements to create a considerable difference. Fit and finish is good and plastic quality too is impressive but areas such as the door panels leave some room for improvement. The steering wheel offers good grip and has cruise control, audio controls, and telephone controls. 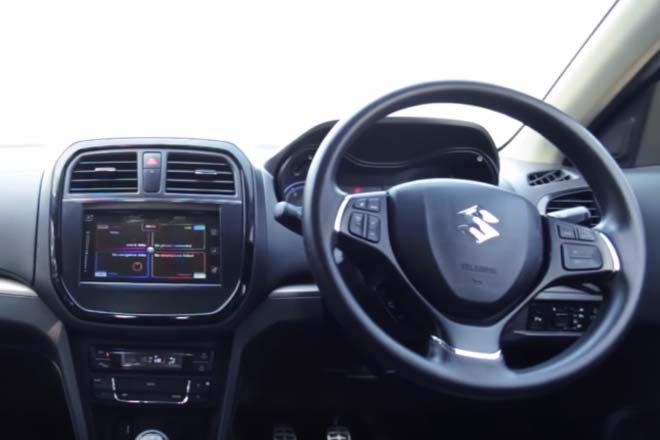 Front seats are well-sized and will be comfortable for people with large frames too. Under-thigh support and side support is good, making it a comfortable place to be in during long drives. The rear seat too has a nice backrest angle and good overall support to keep occupants comfortable for long. Legroom and headroom are impressive and tall occupants will not find any problems. What one might miss is rear AC vents but the cooling, in general, is fine and even on hot days the AC was able to lower cabin temperature with ease.

How is The Maruti Suzuki Vitara Brezza to drive?

The Brezza comes with Maruti’s tried and tested 1.3 L DDiS 200 engine, which develops 89 hp and 200 Nm of torque. Now some people might complain that a new engine should have been used but this unit delivers on almost all parameters that most buyers are presently looking for. Reminds me of the old adage “Why fix it when it ain’t broken”. Thumb the start/stop button and the engine comes to life with a typical diesel clatter and quickly settles down to a still audible sound. Yes, the engine isn’t the quietest or the most refined in its segment but once you’re driving in a smooth manner it does get better. 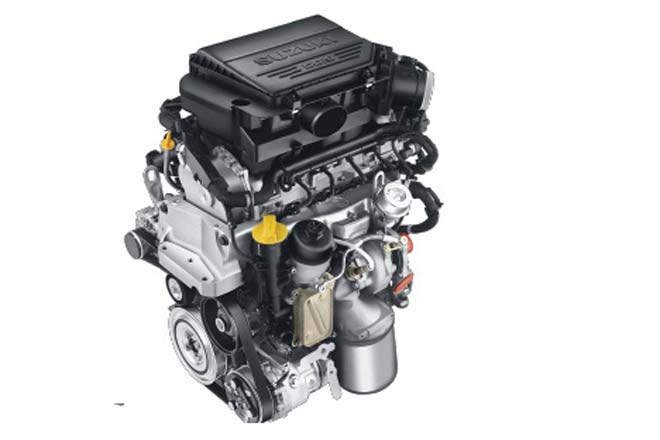 There is noticeable turbo lag and the engine comes to life only once past about 1,500 rpm. As a result of this lag, one might be forced to downshift gears at times. Once the turbo kicks in though, power comes in a strong and linear manner. The best point to shift is at just under 4,000 rpm as power starts to taper thereon. The five-speed manual transmission itself compliments the engine well and offers easy shifts. Couple this to a light clutch along with good overall visibility and you have a vehicle that is easy to drive for people of varying skills. 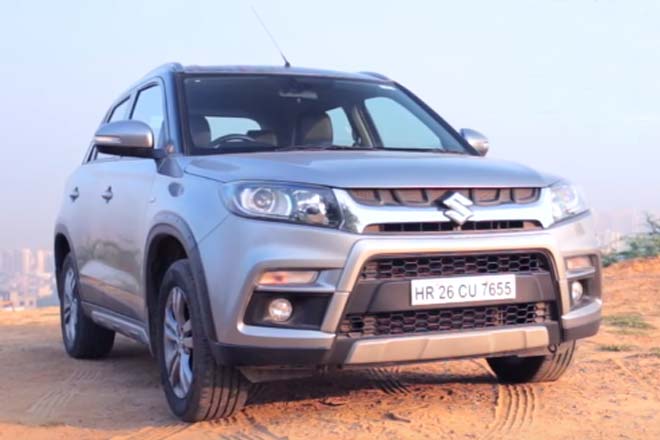 Maruti Suzuki Vitara Brezza’s fuel efficiency is another strong point for its powertrain. In over 2,000 km we have driven the Brezza in varying conditions such as city, traffic, highways and have been stuck in the Delhi-Noida jams for hours. Average fuel-efficiency since the beginning turned out to be 17.4 kmpl for us and best figures in the city went up to 19.2 kmpl and on the highway, the best figure stood at 22.3 kmpl. With almost 80% of our driving done in city traffic, these figures are impressive. 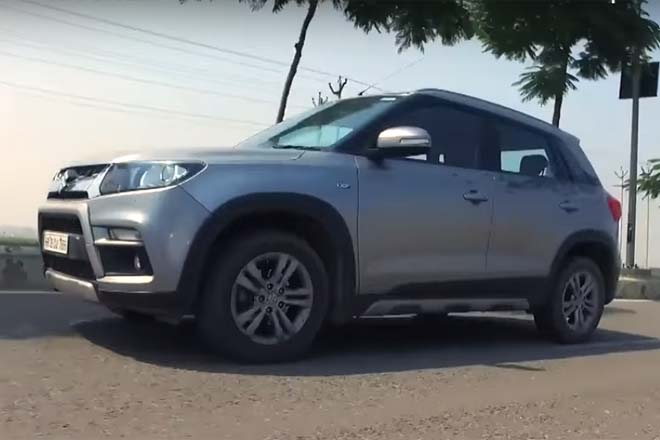 In terms of ride and handling, the Brezza strikes a good balance that makes it appealing to a wide audience. While the Brezza isn’t inclined towards performance, it is stable at highway speeds and predictable around corners. Ride quality at a slow pace is good and the occupants at the rear too are not thrown around when going over nasty potholes.

So is the Maruti Suzuki Vitara Brezza the best compact SUV?

After spending two months driving the Vitara Brezza for more than 2,000 km we’ve used it for daily office commutes, dropping kids to school, taking weekend trips and even helping move stuff from one house to another. In all these situations what became clear was the versatile character of the Brezza. Despite being a comfortable vehicle, it does have sure-footed handling and while it does look small on the outside, it has a lot of usable space inside. Add to this a fuel-efficient engine that is good to drive and the equation only gets better. 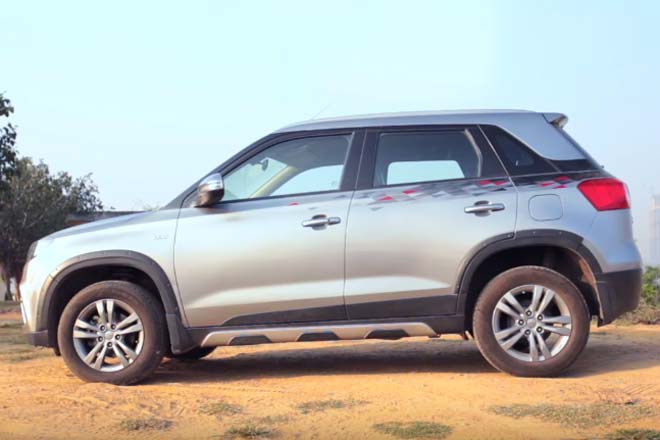 The price too is competitive between Rs 7.3 lakh to Rs 9.9 lakh, ex-showroom. Put all these together and the Maruti Suzuki Vitara Brezza turns out to be the best value-for-money compact SUV on sale right now. Enthusiasts at this moment might complain but one needs to understand that most buyers look at areas we’ve discussed in this story. Yes, if you’re someone who loves to drive then the Brezza might not be the best bet but for everything else, it offers the best balance available right now. 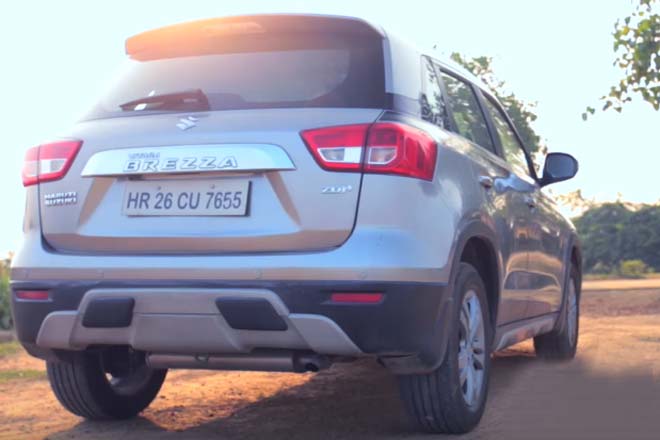 We’ll dive deeper into areas such as ride & handling and safety in the next long-term update. Till then, do have a look at our video comparo between the Maruti Suzuki Vitara Brezza and the Tata Nexon.