Honda Activa 6G gains multiple new features and now has a more environmental-friendlier engine. So, what all it packs in, how it is to ride and most importantly, does it justify the Rs 8,000 premium in pricing? All these questions answered below. 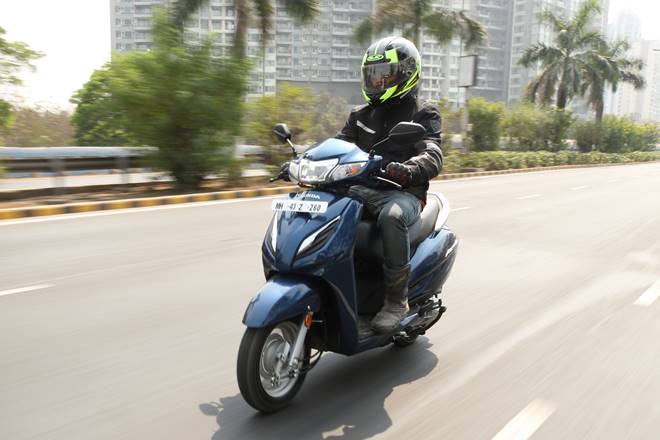 Honda Activa – a brand name that has remained immensely popular among people of all age groups for 2 decades still registers over 2 lakh unit sales a month. India’s most favourite scooter, which is also the best-selling two-wheeler in the country at present recently entered its sixth generation with the most important update being a BS6 compliant engine. We were recently in Navi Mumbai to ride the new Honda Activa 6G and tell you what all it packs in and most importantly, how it is to ride. Read along to find out! 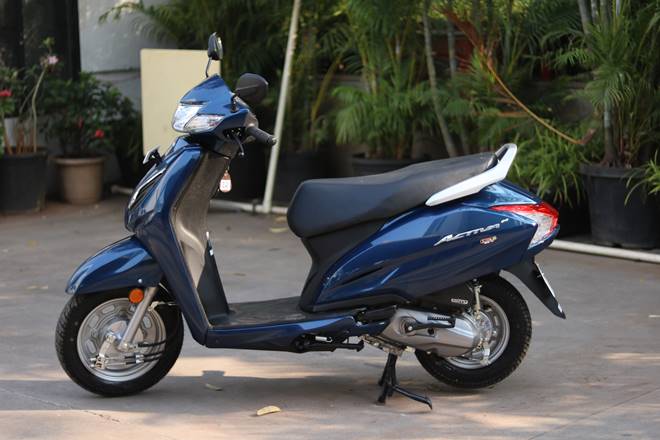 Also Read
TVS Raider 125 First Ride Review: Can it ‘Shine’ with all that ‘Glamour’?
Bajaj Chetak review – Does it take forward the Hamara Bajaj legacy?
Citroen eC3 Review  – A new budget EV is here!
10 years of Toyota Fortuner in India: Why Indians love the Fortuner like crazy

The new Honda Activa 6G looks quite bolder than before and you will notice a fair resemblance with the Activa 125 in design from some angles. The scooter retains the all-LED headlamp from the Activa 5G, however, the feature is not standard as the base STD variant stays content with a DC halogen unit. The scooter now gets conventional telescopic forks up front, which is a welcome addition as the said feature was awaited for a long time. 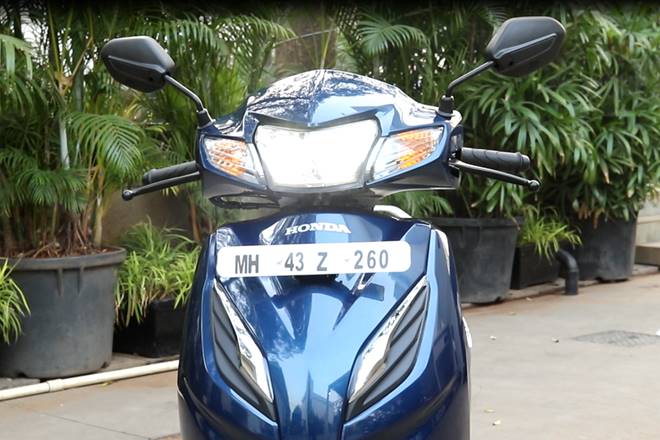 Also, the new Activa 6G now has a bigger 12-inch wheel at the front and this along with the front suspension has been borrowed from Activa 125. The side profile essentially remains the same as before except for the 6G badging. Some significant visual changes appear at the rear where the scooter gets a wider tail lamp section that looks similar to the one on the Activa 125. 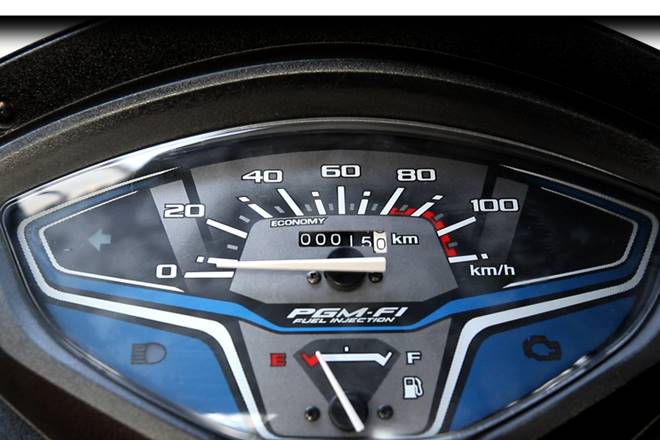 The instrument cluster is now simpler looking and the small digital screen that used to come on Activa 5G is absent on the new model. Upon asking the reason, Honda says that a digital readout was not really required and the cluster has been designed keeping in mind the best composition according to the new BS6 model. Even after 20 years of its inception in India, the scooter looks highly familiar as Honda has kept the core design language the same as the first generation Activa that was launched back in the year 2001.

Now coming to the dimensions, the new Honda Activa 6G is now longer by 72mm while its width has gone down by 13mm. The height of the scooter also sees a decrease of 2 mm. On the other hand, the wheelbase of the scooter has increased by 22mm and the ground clearance sees an 18mm rise. Talking of the kerb weight, the scooter is now lighter by 2 kg and now tips the scale at 107 kg. The fuel tank capacity remains the same as before at 5.3-litre. 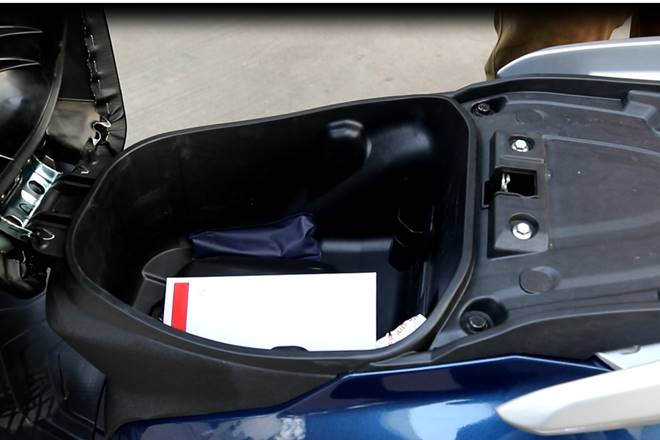 The underseat storage also remains unchanged at 18-litre and features like USB charger and boot light are still missing. While Honda used to offer a USB charger as an optional accessory with the 5G model, the same has been given a miss completely on the new model. 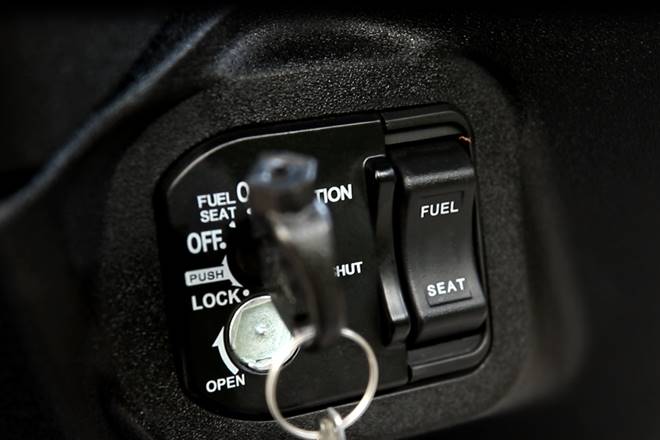 Honda Activa, for the first time, gets an engine kill switch in the sixth generation model and the same doubles up as an electric starter as well. Moreover, like its elder sibling Activa 125, the scooter now gets silent start technology which means while you thumb the electric starter, all you hear is just the sound of the engine and nothing else. The new Activa 6G now features an external fuel fill aiming at better convenience for the rider and the same can be opened with the help of a multifunction switch located right next to the ignition. The under seat storage can now be opened from the same switch. 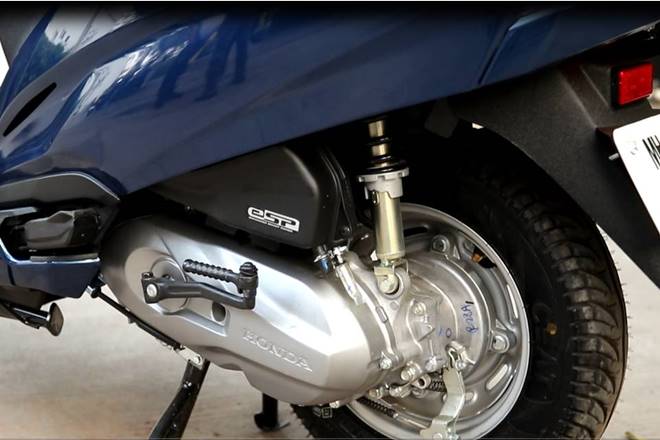 The new Honda Activa 6G gets power from the same 110cc engine and with the BS6 transition, there is a marginal decrease in power and torque figures. While the power has gone down by 0.17 hp at 7.68 hp, the torque output has dropped by 0.21Nm at 8.79Nm. 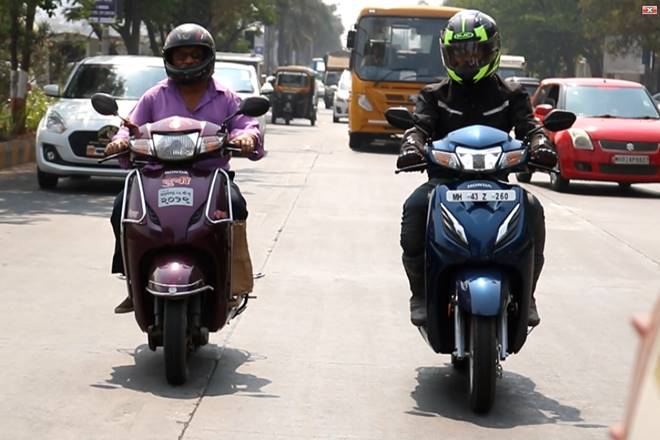 The engine is now livelier and all thanks to the fuel injection system, the motor clearly feels more refined and smoother than before. The highlight of the updated engine is that the refinement stays intact even towards the top end while pushing the scooter close to the rev limiter and even after crossing 70kmph, the scooter doesn’t feel gasping for breath. 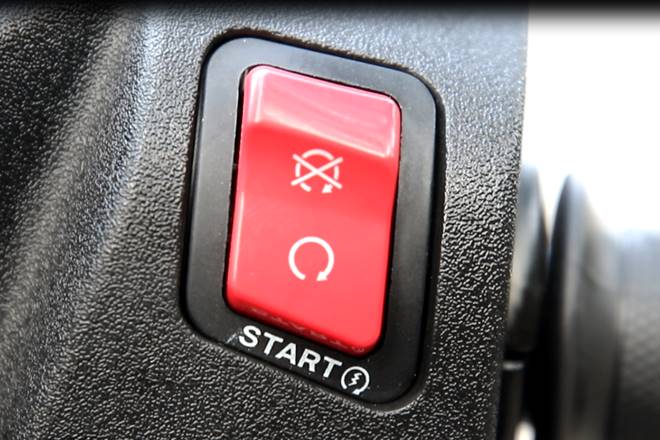 In terms of top speed, the scooter managed to hit a maximum of 80 kmph during our test. When it comes to fuel efficiency, Honda claims a 10 percent increase with the updated BS6 engine and we shall reveal the real world figures once the scooter comes to us for a road test. 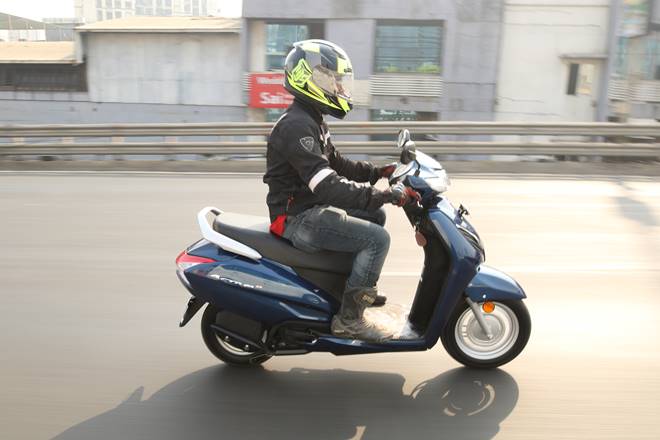 All thanks to better suspension and a larger front wheel, the Activa 6G now feels more planted at high speeds. While the scooter used to wobble a bit earlier after crossing speeds of 70-75 kmph, we didn’t feel the same on the new 6G model. Over potholes and broken surfaces, the scooter now offers better comfort and the impact transferred to the rider over uneasy roads is now lesser. In city traffic, the Activa 6G continues to feel manageable and is easy to maneuver and we hardly noticed any change in the handling characteristics as well. 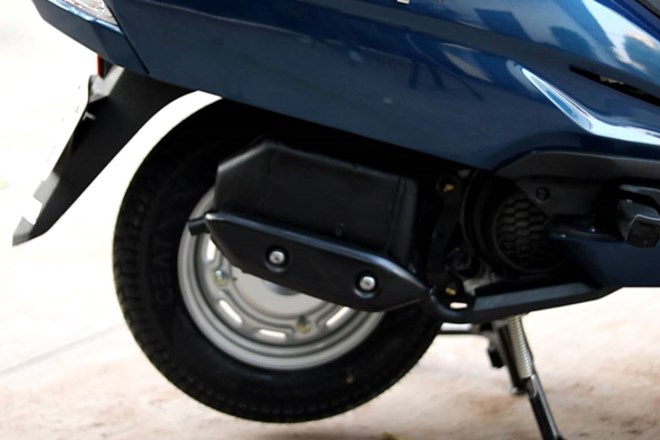 The scooter continues to get 130mm drum brakes at both ends and a CBS (Combined Braking System) is retained as standard for better braking and avoid chances of skidding. While the front and rear offer decent feedback, we wish for a better bite at the front as it would have improved the overall braking performance and proved helpful during panic braking. 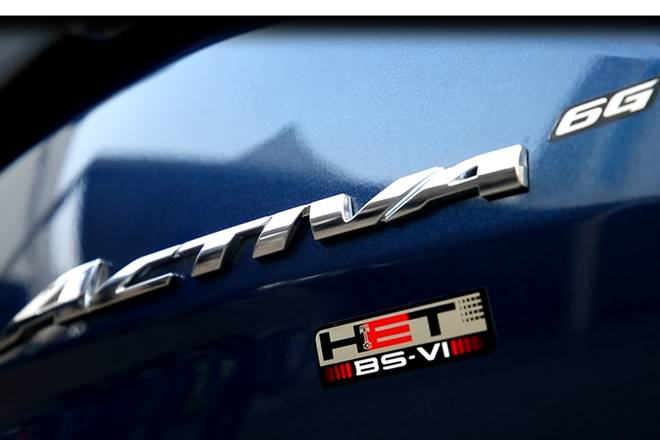 Compared to the previous 5G model, the new Activa 6G demands Rs 8,000 more and is currently priced at a starting of Rs 63,912 (ex-showroom, Delhi). What you get in this premium is better comfort, some new and interesting features and of course, a more environment-friendly engine. These changes certainly make the new Activa a better and more well-rounded package than before and these also seem to justify the Rs 8,000 price difference in our opinion. 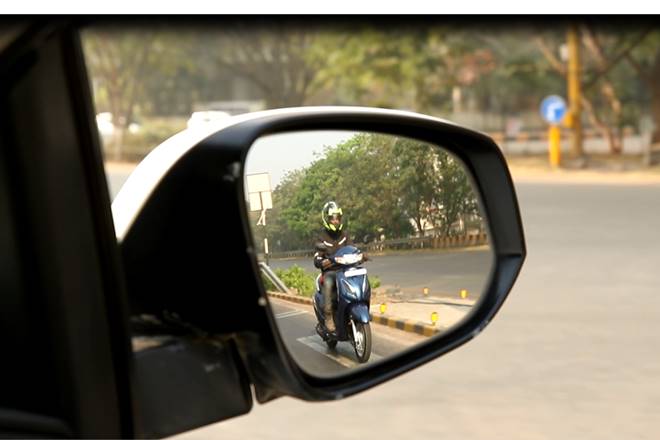 However, in case you are someone who is not convinced with the extra price that the 6G model asks for, the Activa 5G BS4 is still on sale and you have the option of buying that at a cheaper price. So the first impressions seem quite assuring and we shall reveal how the scooter performs on a day to day basis in our detailed road test review. Until next time, ride safe and always wear a helmet while riding!