The C3 has the longest wheelbase in the segment, is the most powerful hatchback and offers an extensive list of accessories and customization options. Has Citroen covered all its bases? We find out. 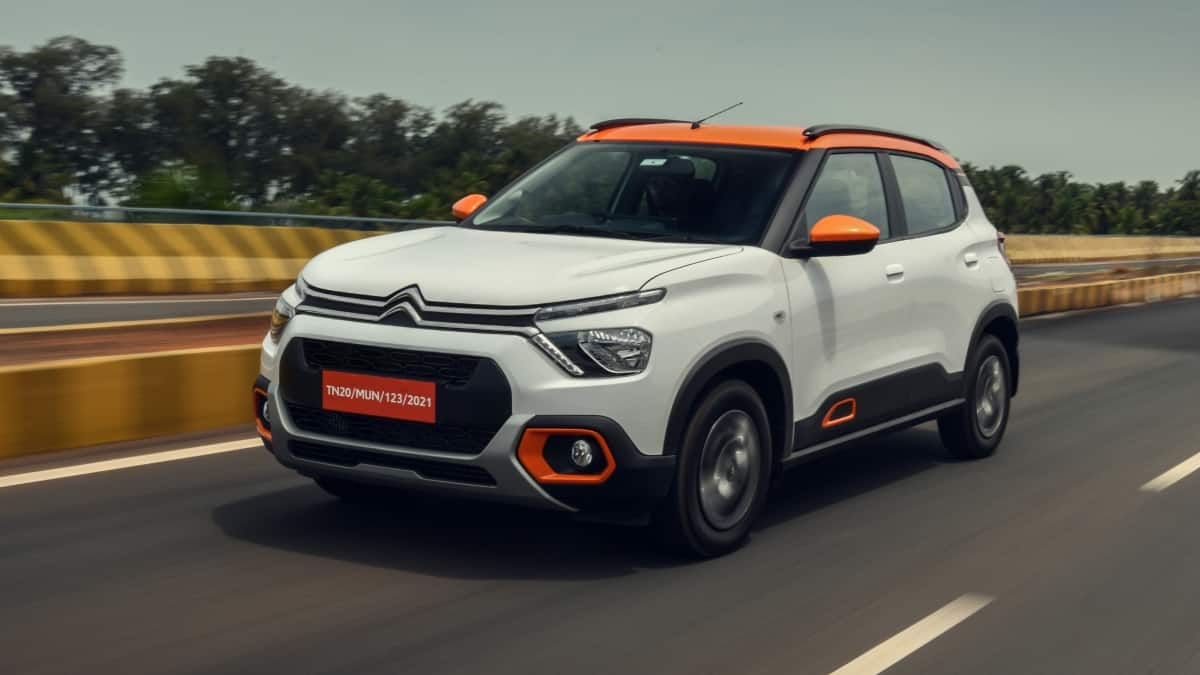 Citroen is all set to enter the mass market segment in India with the all-new C3, which is made in India. It is a bold decision by the French carmaker to enter the hatchback segment, which is traditionally dominated by two brands. Citroen wants to emphasize that the C3 is a compact vehicle, but with a twist. We dive in deeper and explore its three attributes that could rejig this segment.

We are all familiar with Citroen’s refreshing and youthful design language and the C3 retains the company’s quirky DNA. The first twist in the tale is that even though it is a hatchback, the C3 has the attributes of an SUV. This is not limited to cosmetic and styling characteristics rather it boasts a tall ground clearance of 180mm.

Moving on to the design, the front fascia makes quite a statement with a massive all-black air dam with faux bash plates in front and rear. The C3 sports split headlights with twin LED DRLs though the headlamp gets halogen lights. The two chrome lines that double as the twin chevrons or the Citroen logo beautifully merge into the DRLs. To add some spice, there are orange-coloured inserts around the front and rear fog lamps area, the outside rearview mirrors, on the side panels and of course the roof. The side profile and the rear have a clean design language but the black lower body panels add a muscular physique like an SUV.

It is but natural to be dazzled by the orange-coloured dashboard panel but the cabin is solidly built. It gets Citroen’s trademark sleek air condition vents in the centre. The flat-bottom steering wheel, on the other hand, does not only look sporty but also increases the space between the wheel and the driver’s seat making it easier to enter and exit the cabin. The C3 has 10-inch infotainment, which is compatible with both wireless Apple CarPlay and Android Auto as well as Mirror Technology. This display is easy to read and responsive. It doesn’t come with a wireless phone charger, but by offering an array of accessories, we won’t be surprised if it will be an optional feature.

Citroen calls the C3 cabin ‘Happy Space’ and there are a couple of reasons for that. Firstly, it has a lot of smart and usable storage spaces. The centre console itself gets two cubby holes, two cup holders and a shelf to safely keep your mobile phone. The second one is, with a wheelbase of 2,540mm, it is the best in the segment and takes on compact SUVs. The passengers can lounge comfortably in the rear without worrying about the legroom. The seats are supportive and three adults can easily park themselves.

Citroen has played it smart by only placing the rear window switches at the centre console, while the front buttons are on the door panels. In terms of connectivity, there are three USB ports, two in the rear and one in front along with a 12-volt socket.

Leaving no stone unturned, Citroen is attacking twin fronts by offering two 1.2-litre 3-cylinder petrol engines — the naturally aspirated 81bhp and 115 Nm of torque and the 109bhp turbo version with 190 Nm of torque. Both the powertrains are only available in manual transmission, the former is mated to a 5-speed gearbox and the latter to a 6-speed one.

Starting with the turbo petrol, it is very responsive and with 109bhp, it is even more powerful than some of the compact SUVs. The secret sauce is the healthy 190 Nm of torque that neutralises the power lag while building speed. If you go all lead foot, the C3 blazes past the three-figure mark in a flash, of course keeping in mind the segment it belongs in. The 6-speed works in sync with the engine and ensures there is always enough power at the push of the accelerator.

The 1.2-litre naturally aspirated engine, on the other hand, is more of a workhorse that is ideal for commuting in the city. The initial response is a bit dormant and on an incline, one is forced to shift down, but once it picks up speed there’s no looking back. As the clutch is light, it’s effortless to change gears, sadly, the same can’t be said about the turbo variant as the clutch is on the heavier side.

The ride quality is the C3’s forte as it pampers the passengers with a softer suspension. It sails over potholes and offers a plush ride. This does not compromise the lean or the body roll of the C3 and neither is there any delay from the steering wheel’s inputs. With a turning radius below 5 metres, negotiating narrow lanes and cramped roads is a breeze.

Citroen C3 does have some rough edges, but in general, it can compete with the big boys. What works in its favour is its road presence, premium-looking design, spacious cabin and a long list of customization options and accessories. We all know the French car maker has a limited-service network and they are already working on expanding it from 11 touchpoints to 20. Even though both engines manage to do what they are supposed to, they are noisy and slightly unrefined. It also comes with a fairly average boot space of 315 litres. Everything will come down to the price and if Citroen manages to aggressively price the C3, which they should be able to do as the localised content of the car is over 90 per cent, it could ruffle some feathers in its class.