We put the new Apollo Tramplr ST and XR tyres through some of the most technical terrains, and we are impressed. 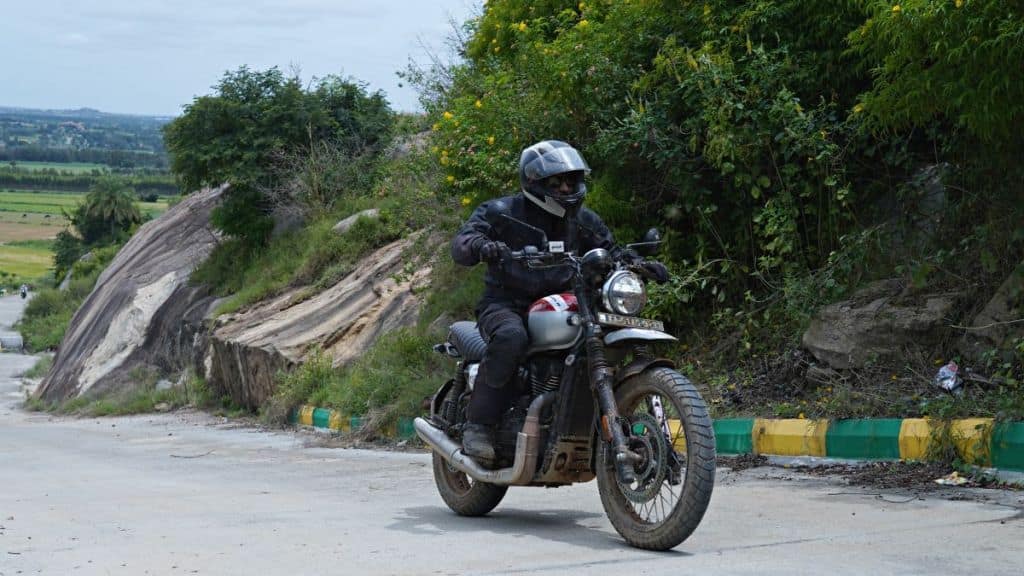 When speaking about tyres, many names come to mind, however, when speaking about dual-purpose motorcycle tyres, the last name that one would think of is Apollo. Better known for their commercial vehicle tyres, Apollo ventured into the two-wheeler segment around 6 years ago and soon brought in the Vredestein brand as well.

Fast forward to today, Apollo is trying to tap a segment of tyres dominated by global brands such as Michelin and Pirelli with its new range of tyres called the Tramplr. The Apollo Tramplr is available in two variants, the ST and XR, the former more road-biased, and the latter more off-road oriented.

Apollo aims to target the 150cc to 500cc motorcycle segment in India with the Tramplr ST and XR tyres which consist of all the popular names such as the KTM, Yamaha, Honda, Royal Enfield, Husqvarna, BMW, and TVS. Apollo’s Tramplr tyres for the more off-road oriented motorcycles, however, like the Himalayan and the Xpulse will be launched in a few months.

The Trampler ST is a more street-oriented dual-purpose tyre available in sizes ranging from 90 to 140-section. The tyre is designed for those who prefer the tarmac but do occasionally venture off it. The staggered central tread blocks and the alternate large shoulder blocks aid in offering good grip even at a decent lean angle.

Moreover, the tyres come with a tread wear indicator making it easy to notice the wear and the tyres. The Tramplr ST also gets markings on the tyre inspired by the graffiti culture that gives it a unique look, and Apollo has taken that extra mile to offer covers for the tyre that can be reused as a pouch to carry tools.

The more off-road oriented dual-purpose tyres segment is non-existent amongst Indian tyre manufacturers, and Apollo has claimed that territory. The tyre features chunky blocks with hoof-shaped tread and alternate large centre blocks, along with stone ejectors and open grooves to offer good wet road performance as well. Similar to the Tramplr ST, the XR gets a tyre wear indicator too.

The Apollo Tramplr XR stands out clearly, as this is the only off-road biased dual-purpose rubber made by an Indian manufacturer and it is pretty impressive. It takes a bit to gain confidence off-road, however, once you familiarise yourself with the dynamics of the XR, it does its job pretty well. Braking on mud, gravel, or sand was not a hassle at all, as it helps build confidence quickly.

The Tramplr XR was tested in various terrains in and outside India in some demanding conditions. Europe was a major testing ground for the tyre as it offers some unique challenges and the XR was also tested on racetracks to finetune its on-road capability although it will never be used on a circuit. The tyre was also benchmarked using some of the best brands in the industry and it shows.

Apollo offers the Tramplr XR in sizes including 17, 18, and 19, covering a wide variety of motorcycles, including the Royal Enfield Classic and the new Hunter 350. However, those looking to push the limits on proper adventure motorcycles such as the Himalayan and the Xpulse will have to wait a few months.

The Apollo Tramplr tyres are priced between Rs 4,000 and Rs 13,000 a pair, making it a sensible option given the price of the competition. Also, with Apollo claiming that the tyres last for about 25,000 to 45,000 km, it is a striking option in the market at the moment, especially the more off-road focused XR.