The 2021 Suzuki Hayabusa has all the ingredients a high-speed tourer needs. It is no sweat holding high speeds for the Hayabusa and no sweat for the rider to spend a long time on the saddle.

It was rather awkward for us a lot when we saw the patent images of the new Hayabusa after having bid a teary-eyed goodbye to the previous generation like it was a woolly mammoth that we’d never see again. But there was also joy for the Falcon was returning. Introduced first back in 1999, the Hayabusa was updated only once ever since and in its third generation, it is now rolling with the modern horses that are technologically savvy.

As someone who got onto a hypersport for the very first time, the Hayabusa gave me a whole new experience that I’d been a stranger to even after having ridden a long list of motorcycles over the past few years. It felt like a graduation party. 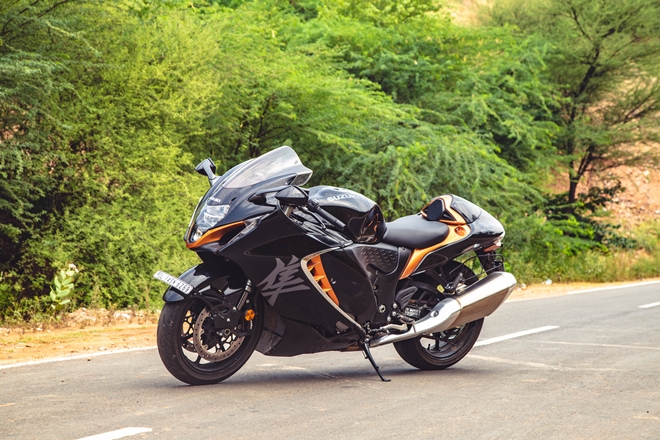 Get onto the Hayabusa and you realise that its dimensions make you stretch out towards the handlebar. This stands true for someone with my moderate height of 5.5 feet. Taller than this and you’d probably not feel the same, however, legs could be a little cramped. The seat height is a very friendly 800 mm.

You’re now face to face with the wide cockpit where you see the instrument cluster has been revamped and now suits the personality of the motorcycle much better with a small screen in the middle for tech details and climbing analogue needles on either side. 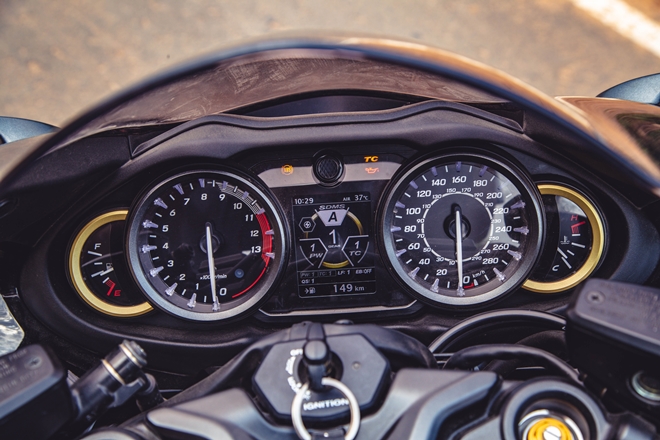 The new Hayabusa lets you pick from a wide range of modes that include power and traction levels. It now offers a very sophisticated launch control that lets you launch at 4,000, 6,000 or 8,000 rpm. It gets a full Bosch 6-axis IMU package which means there’s wheelie control, engine brake control and a bi-directional quickshifter. All of this combined makes it simpler to whack open the throttle on a bike this big and this powerful.

There are a lot of big bikes out there but the way Hayabusa delivers all that power for you to play with is something else. It feels super torquey in every gear and super quick. It is faster than you realise. About 140 kph in first gear is no biggie for it and it takes getting used to the fact that it crosses 150 kph and beyond before you know it.

It can stay composed under 5,000 rpm but take it to 9,000 rpm and beyond and that’s where it gets addictive, placing the performance next to 200+ hp motorcycles. Suzuki made the brave decision to keep the same engine and actually go for a cut in power knowing that fans had been expecting otherwise. But the manufacturer promised better acceleration in low and mid of the RPMs. There may be some loss in how powerful it is in the top-end past 11,000 rpm but does it matter? You don’t need to push this bike too much to have fun, for it promises a very strong mid-range performance.

But considering how quick it is, it is surprising how civilised it is with delivering all that grunt and remains composed also through slow-moving city traffic and rarely ever feels twitchy while accelerating. Even more impressive is how it handles which is pretty much like a small sports bike. I had to constantly remind myself not to venture into tight spots as the bike is substantially wide. But the point is that this frame ensures you forget how much weight there is to work with. 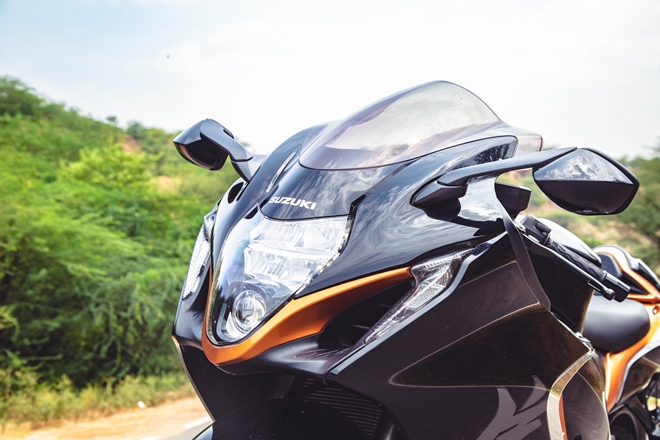 The Hayabusa encourages you to lean into corners with confidence and it’ll switch directions rather swiftly (if not like a supersport). If you’ve ridden it on the road, you’ll be eager to experience it on a race track (which I am) and if you’ve ridden it on a track, you’ll want to know how it behaves in the real world.

And the real world has traffic, potholes, u-turns and rough patches of road. Except for taking tight u-turns when it felt like a task, the Hayabusa is friendly to the back and the backside. A comfortable place, the saddle is well-cushioned and the suspension is set up rather plush. And the braking has been upgraded with Brembo-Stylema hardware with front discs that are 10 mm wider. It may not stop like a lightweight 1,000cc supersport, but it will now slow down quicker than before. 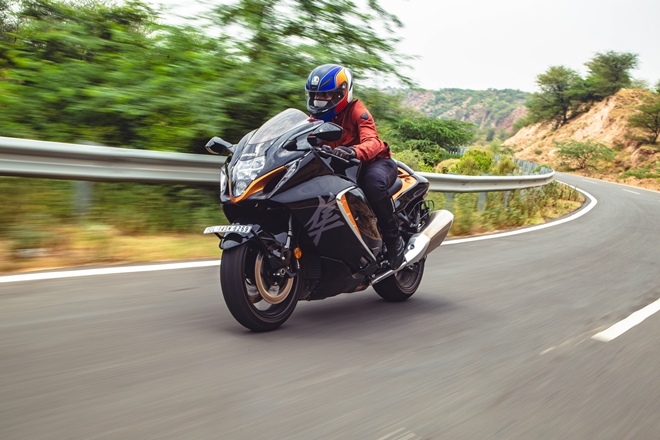 Among other upgrades, the design has been tweaked into something prettier at least than before. The Hayabusa has alsways kept function over form but now has some sharp lines upfront while maintaining its recognisable appeal and aerodynamics. The tail is especially looking better but the bodywork and the dual exhaust canisters can weirdly make even a 190-section tyre look small.

The 2021 Hayabusa has all the ingredients a high-speed tourer needs. It is no sweat holding high speeds for the Hayabusa and no sweat for the rider to spend a long time on the saddle. It looks like a big bike you’d use for early morning rides and that’s about it, but I’d say the Hayabusa can practically be used every day (well, if you can pay for the higher octane petrol priced higher than the highly-priced regular petrol). 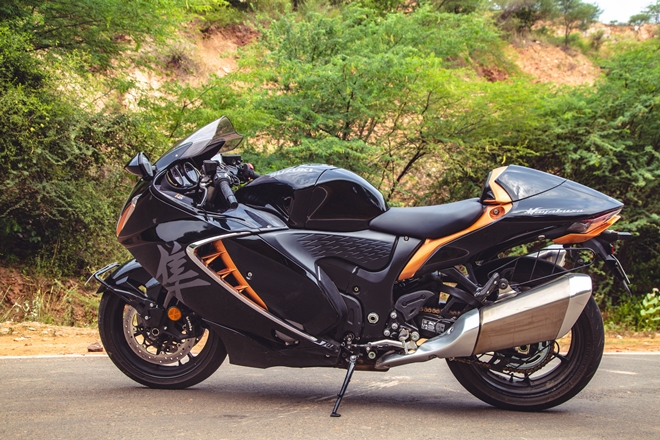 The new model is about Rs 2.5 lakh more expensive than the older version, but with the Kawasaki ZX-14R out of the picture, the Hayabusa does not have a direct rival currently. And on top of that, the price tag sits in a similar range as the likes of Kawasaki ZX-10R and Ducati Panigale V2. Considering how it feels on the road compared to its indirect rivals, 2021 Hayabusa – still a legend – is a friggin’ steal!