Yes, the headline sounds like an oxymoron. After all, how can a compact sedan be desirable because to be so it first needs to look good? I was of the same opinion but the new 2017 Dzire has changed that and here’s why 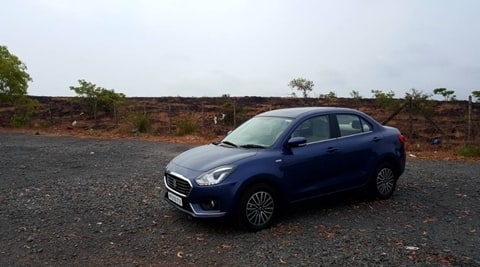 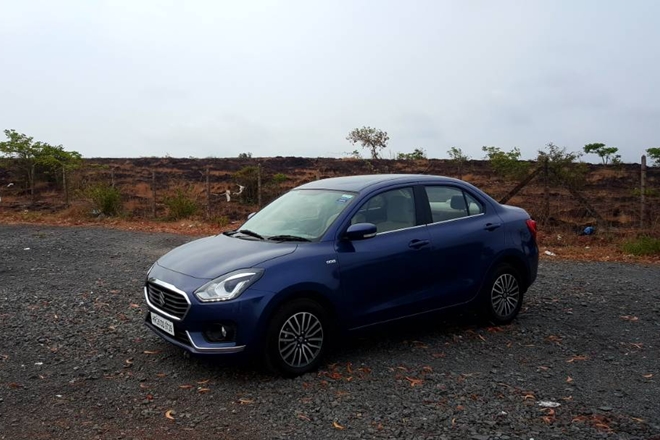 As a result of the Government’s strange rule of offering excise duty benefits to cars under 4 metres length, carmakers mostly resort to taking a hatchback and adding a boot to it, while ensuring the length remains under 4 metres. This results in disproportionate designs, which in most cases aren’t good to look at. This is where the Dzire starts off well since the 3rd gen model is no longer based on the Swift and is based on a new HEARTECT platform, a reworked version of the Baleno’s platform. 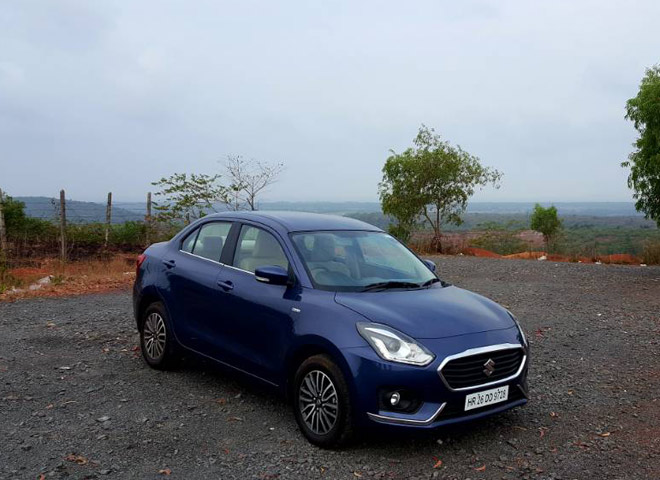 The Maruti Suzuki Dzire was designed ground up to be a sedan and the results of this approach are truly impressive! The car doesn’t look like a hatchback slapped on with a boot and the boot neatly integrates with the rest of the design.

The front of the car is where most changes have taken place and the large chrome surround grille and fog lamps will please most buyers. The newly designed headlamps with LED DRLs and projector headlamps add to the premium appeal of the design, which is a first for the Dzire brand. The diamond-cut alloy wheels are the most striking part when viewing the car from the side. The silhouette too is different but it will take a keen eye to spot this as the change is progressive, not radical. The rear too is all new with LED tail lamps flanking a thick stripe of chrome. 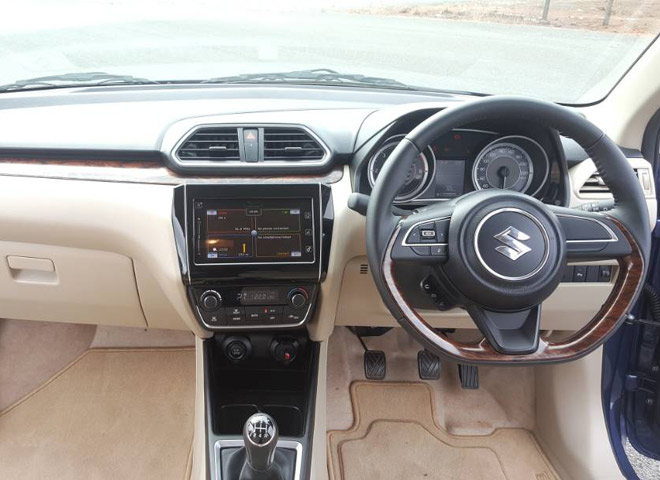 Step inside the cabin of the new Dzire and one instantly realises that this isn’t the cabin of another Maruti Suzuki car with a few new bits but is an all-new design instead. The dual-tone dashboard comprises of a black top while the lower part is beige. The wood finish in the dashboard and in the lower part of the flat-bottomed steering wheel adds to the premium appeal of the cabin significantly. This makes the Dzire the second compact sedan to have a flat-bottomed steering wheel after the Volkswagen Ameo.

The touchscreen infotainment system in the centre console looks similar to the one seen on the Baleno and Vitara Brezza but has a different housing. It’s different in terms of functionality as well and comes with Apple CarPlay and Android Auto. It has the usual SD Card -based navigation and connectivity options also include Bluetooth, USB and Aux-In. The system is easy to use and the simple user-interface means people with limited knowledge of smartphones to will not have problems operating it. There are two 12V power outlets too, one on the lower centre console and the other between the front seats. The door pockets in front and back can easily store one litre bottles and still leave space for a fair bit of small items. 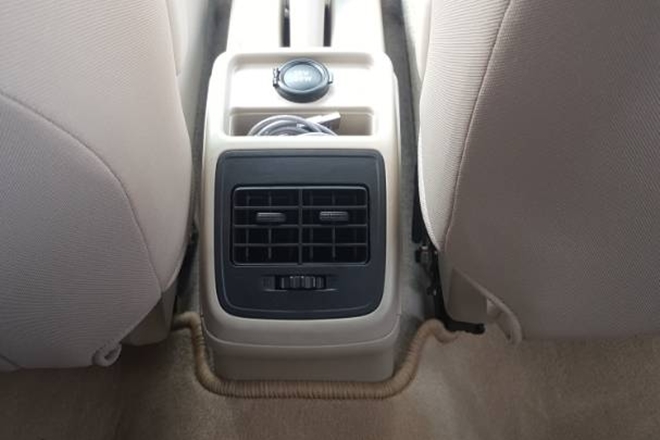 The new Dzire is wider by 40 mm than the older model and has increased leg room and shoulder room too. With the driver’s seat adjusted for a person of 5 feet 8 inches, a six feet person was able to sit in the rear seat without his knees brushing against the front seats. The backrest incline angle of the bench is good, making it comfortable for longer journeys too. The under-thigh support will prove adequate for most people but for taller occupants, this could be a slight issue. The door armrests at the rear could do with a bit of fabric cushioning as the hard plastic can be a bit discomforting after a while. These, however, are minor issues, which do not make a considerable difference to the in-cabin experience.

In a nutshell, the interior of the new Dzire carries forward the premium positioning of the vehicle. It quite simply is the best cabin in the compact sedan segment in India from all aspects. 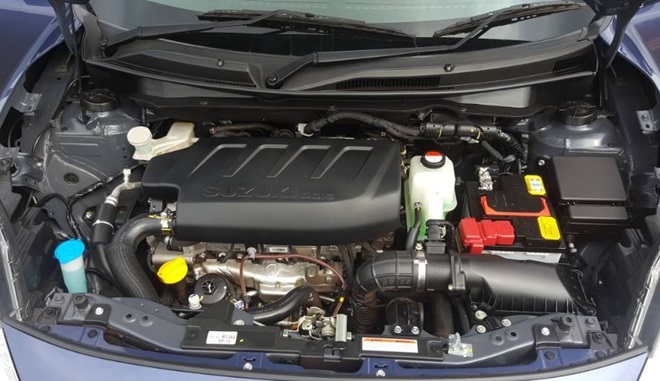 Underpinned by the HEARTECT platform, the Dzire is lighter than its predecessor by 85 kg for the petrol version and 105 kg for the diesel version. This makes a considerable difference to the performance and efficiency of the vehicle. Despite the usage of the same 1.2-litre petrol and 1.3-litre diesel engines, the lighter Dzire now feels a bit more zippier to drive. Fuel-efficiency has gone up by 6.8% to 28.4 kmpl, making it the country’s most fuel-efficient car. The petrol version’s figures too have improved by 5.5% to 22 kmpl.

Power output for the petrol engine is 81 hp with 113 Nm of torque, while the diesel mill develops 73 hp and 190 Nm of torque. The extra torque of the diesel motor makes it more fun to drive and there is a hint of lag that disappears once the tacho needle swings past about 1,600 rpm. The petrol motor, on the other hand, becomes lively past 2,500 rpm but drivability in both engines is good and doesn’t call for frequent gear shifts. 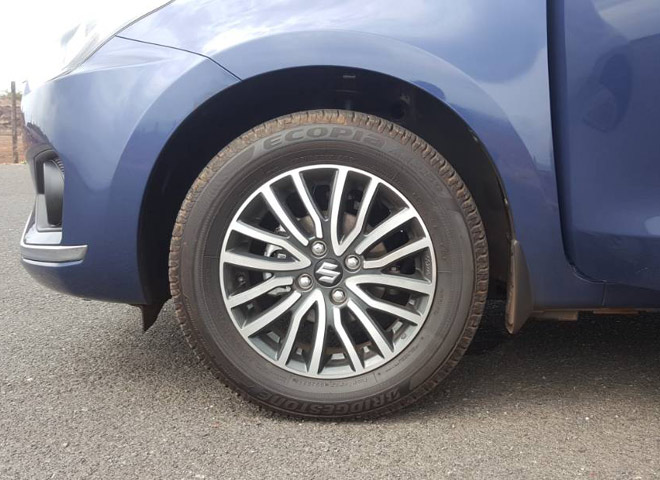 Talking of gear shifts, the Dzire comes with a five-speed manual and a five-speed AMT (Automated Manual Transmission) or the AGS as the company calls it. The best part is that AMT is available with both petrol and diesel engines and is available in middle and top variants. The manual transmissions offer smooth shifts and the well-tuned ratios complement the engine’s easy-to-drive nature. The AMT on the Dzire turned out to be quite a surprise as it shifted quicker than expected. Even the diesel AMT shifts at a reasonably well speed and the petrol is a tad quicker with a kickdown response being good for both. One can also take control of the gears manually, in case a quicker shift is required in case of overtaking on highways.

NVH (Noise, Vibration & Harshness) level is significantly lower in the new Dzire compared to the older model. This is a result of the new platform that improves NVH efficiency and the pendulum joints further help the cause. Overall, the Dzire offers good performance, easy drivability, class-leading fuel efficiency and the option of an automatic in both diesel and petrol versions, taking it a step ahead of the competition. 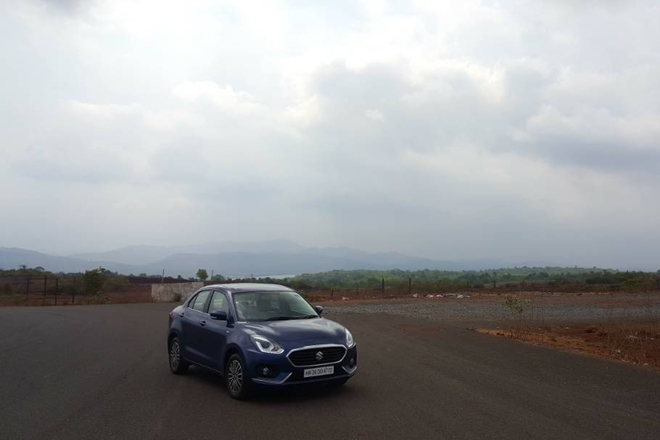 The new Dzire offers a good balance between ride comfort and high-speed handling. The suspension is tuned to be inclined towards the softer side and hence ride quality at urban speeds is comfortable. The car feels stable up to about 120 kmph and only beyond that a hint of uncertainty starts to creep in. Brakes offer good bite and the feedback from the pedal too is decent. Since the suspension has a soft setup, high-speed cornering can result in a fair bit of body roll but that cannot be termed as a negative as the Dzire is positioned as a practical and value-for-money vehicle and not as a performance vehicle.

Maruti Suzuki has equipped the Dzire with an impressive list of safety features. ABS with EBD and dual front airbags are standard across the range. The new Dzire hasn’t been crash tested yet so there are no ratings available but the company claims the torsional rigidity of the bodyshell has been increased considerably despite the weight being reduced. 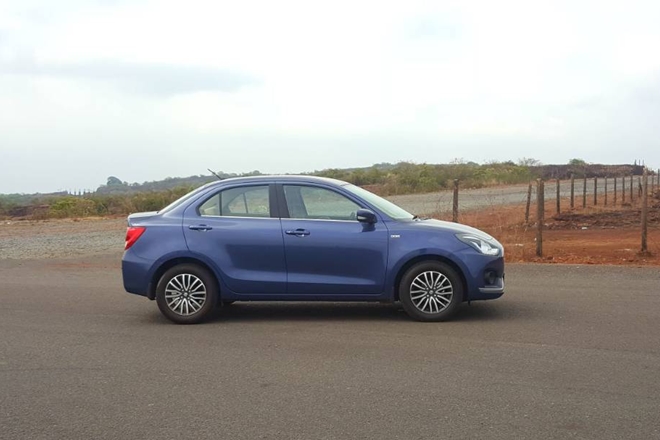 The new Maruti Suzuki Dzire is priced competitively between Rs 5.45 lakh and Rs 9.41 lakh, ex-showroom, Delhi. Variants with AMT cost Rs 45,000 more over similar variants with a manual transmission. Considering the set of features the Dzire comes loaded with along with the new elegant design, the car offers good value-for-money. However, there is one problem I see with the pricing of the top variants as they might cannibalise the top variants of the Baleno. But either way your money will go to Maruti Suzuki and it isn’t the first time their models have overlapped each other in terms of prices.

In the end, the new Dzire has most things going for it and there’s not much firepower in the present competition to pose a threat to Dzire’s leadership spot in the compact sedan segment. With over 2.7 million units sold across the last two generations, the new Dzire seems all set to match the number. After all, it’s the only compact sedan that seems desirable for a larger part of consumers in the country.