2017 Hyundai Verna review: Why Honda City and Maruti Suzuki Ciaz should be worried

Within four days of its launch, the company has already received more than 4,500 bookings but that could be a case of hype around the new car as well. In order to find out if the new Verna can sustain this momentum and become a cause of worry for the competition, we drove the car around the beautiful city of Kochi in different conditions and have a clear verdict on the car’s capabilities and potential. 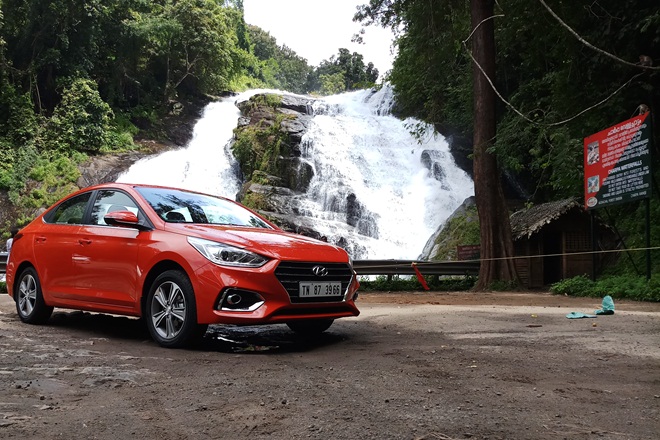 Hyundai had been struggling for a while in the sedan segment with the older Verna as it lacked features compared to its main rivals such as the Honda City and Maruti Suzuki Ciaz. Now though, the company has launched the 5th generation Verna in order to counter the competition and grab a bigger slice of the large sedan segment in India. The all-new Verna now features a host of improvements in almost all areas and one would expect Hyundai has adopted its usual strategy of loading the car with many features from a segment above. In addition, the new Hyundai Verna has also been priced competitively and all variants too have been packaged intelligently, which is bound to attract a lot of attention. Within four days of its launch, the company has already received more than 4,500 bookings but that could be a case of hype around the new car as well. In order to find out if the new Verna can sustain this momentum and become a cause of worry for the competition, we drove the car around the beautiful city of Kochi in different conditions and have a clear verdict on the car’s capabilities and potential. 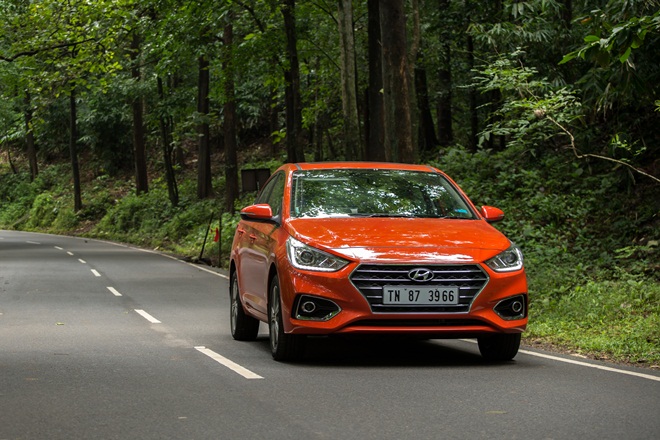 The new Verna is based Hyundai’s Fluidic Sculpture 2.0, as a result of which the car features a sharp design with an array of curves and creases to mimic the flow of water. Does it look good? It certainly does and is a massive improvement over the older model. The cascade grille upfront gives the car a dynamic look and the sleek wraparound headlamps with LED DRLs and projector lights lend the Verna a modern and sporty appeal. The sharp creases in the lower part of the bumper along with tastefully done chrome surround for the fog lamp accentuate its sporty character.

The side profile is my personal favourite to view the car as it gets a coupe-like design, wherein the roofline tapers neatly til the boot lid. The alloy wheels look like propellers and add to the sportiness of the overall design. The rear continues to feature the same sleek design as on the front and side with sleek and angular LED tail lamps, which look pretty cool at night. 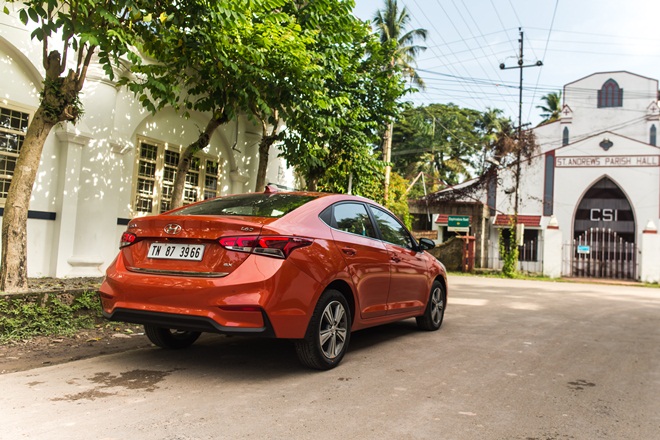 Overall, the Verna undoubtedly looks like a baby Elantra and that’s a good thing. The car looks premium and exudes a lot of kinetic energy, which will appeal to many young buyers. So what do all of these changes do the new Verna? They clearly make it the best-looking car in its segment right now. 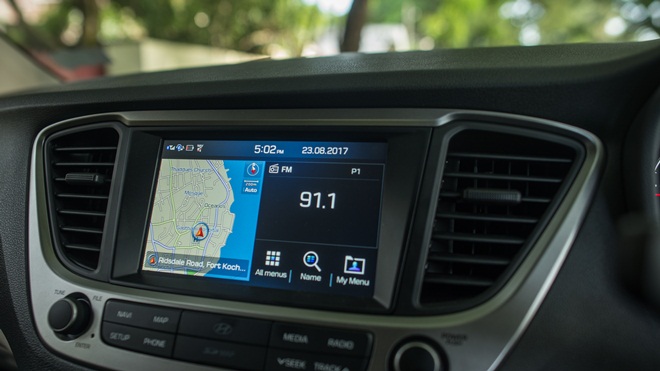 Stepping inside the cabin of the new Verna is a pleasant experience as one is greeted to a visually soothing dual-tone black and beige dashboard. The centre console now sports a 7-inch IPS display touchscreen with Apple CarPlay, Android Auto and Mirror Link. The usual options of FM, USB, Bluetooth and AUX-in connectivity are also there to compliment the infotainment experience. Navigation runs through an SD Card and Hyundai will update the maps for you three times in three years without any extra cost.

Other impressive features include the Auto Link, which is essentially a telematics app that allows you to track things such as engine rpm in real-time and also get access to roadside assistance or find out a nearest Hyundai dealership. You can also use this to monitor your driving style and generate reports on your driving patterns to improve fuel-efficiency. In case you’re opting for the top variant of the new Verna, you can also use the iBlue app, which allows you to control the audio system from the rear seat using your smartphone. In addition, there’s an electrically-operated sunroof that ups the airy feel of the cabin. 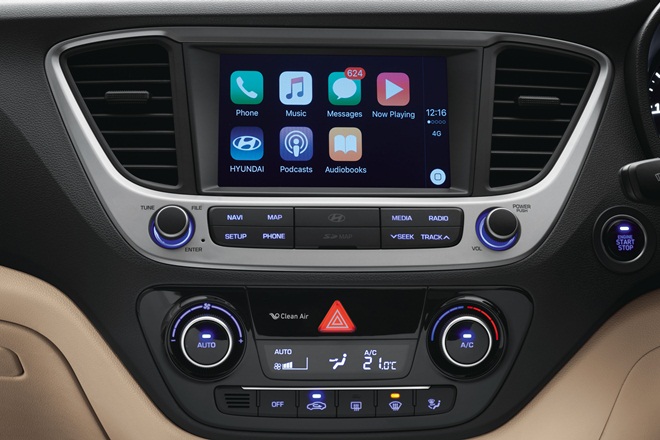 The front seats are well-padded and offer ventilation, which is a segment-first and will come in particularly handy during summer. There’s also a global-first technology in the form of Eco Coating, which eliminates the micro-organisms that cause bad odour in the AC and hence keeps the cabin fresh and odour-free.

As far as rear legroom and head room are concerned, the new Verna does leave room for improvement. Owing to the coupe-like roofline, headroom can be an issue for tall occupants and same is the story with rear legroom. For people with average height, space will be enough but the Ciaz and City are significantly ahead in this area. The rear seat itself though is quite nice and offers good under thigh support and the backrest incline too is good for long journeys.

Overall, the new Verna offers a ton of features inside the cabin, which offers a connected, comfortable and luxurious experience. Some segment-first features mean that you can enjoy luxuries that were limited to cars from a segment above till now and this is what we’ve come to know Hyundai for being good at and the Verna simply pushes the game further up. 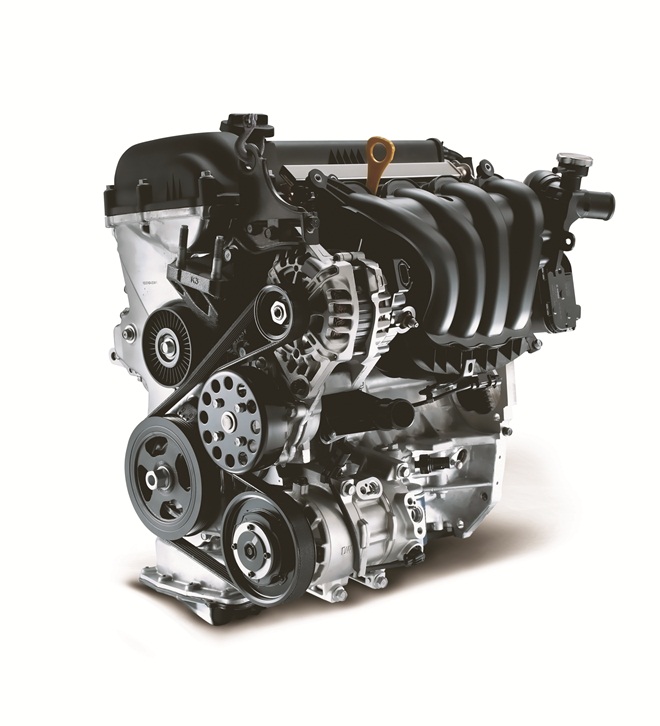 The new Hyundai Verna is offered with two engines, a 1.6 litre petrol unit and a 1.6 litre diesel mill. The smart thing Hyundai has done is it is offering an automatic transmission with petrol as well as diesel versions and variants below the top one too can be ordered with an automatic gearbox. The car we drove was a diesel one with an automatic transmission. The 1.6 litre CRDi diesel mill produces about 125 hp and 250 Nm of torque and the torque-convertor gearbox has six ratios. Owing to multiple measures to lower the NVH ratings, the cabin is much more refined than the older Verna. The only place when we could hear the engine was in the forest around Chapara waterfalls as it was a quiet place. In regular traffic the noise from the engine is well-contained and the wind noise too is appreciably low at high speeds. 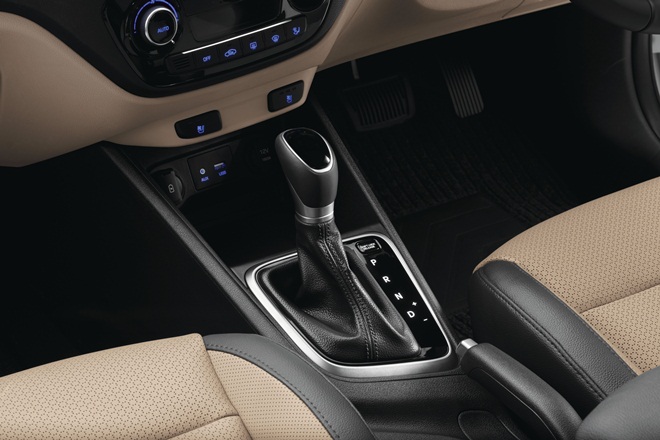 The engine has been tuned to produce more torque at lower revs, as a result of which driveability has improved significantly. Pulling away at lower revs is much more comfortable now and once past around 1,500 rpm, the engine is quite responsive. The Verna is the most powerful car in its segment but its power delivery is linear, which makes it good to drive and enjoy. The automatic gearbox too performs well and shifts reasonably quick in most conditions. It’s only under kick-downs that one feels a slight lag but for most practical reasons the unit does its job well.

Overall, the Verna was never a slow car to drive but the new one feels more refined and more confident and feels better to drive on highways too than most of its competitors.

This is one area that has been an Achilles Heel for Hyundai in the past, especially the Verna. The new Verna though is quite different as Hyundai has put in some serious work to improve the car’s handling. The McPherson strut setup at the front and the torsion beam axle at the rear now inspire confidence at high speed and that is a big change for the Verna. Body-roll is lower than the older model and the car now goes around corners with a sense of predictability. Stability at high-speed has improved significantly and the car no longer suffers from the floaty feeling at triple digit speeds that the older Verna had. 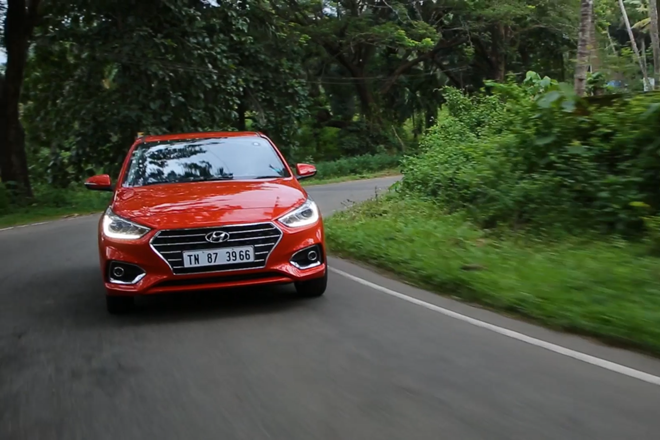 Ride quality too has been improved in the new Verna although it was never a problem for this car. The horizontal movement of the suspension while hitting an undulation has been reduced, which translates into lesser jerks being transferred to the cabin. Speed breakers and potholes are dealt with ease and occupants will find the ride quality to be quite cushioned. The steering wheel too offers more feedback, which helps a driver have more confidence in the car.

In a nutshell, the new Verna has got rid of the nervous feeling at high speed that the older one suffered from. It is a good car to drive now and with the most powerful engines in the segment, it is well-poised to appeal to young buyers. 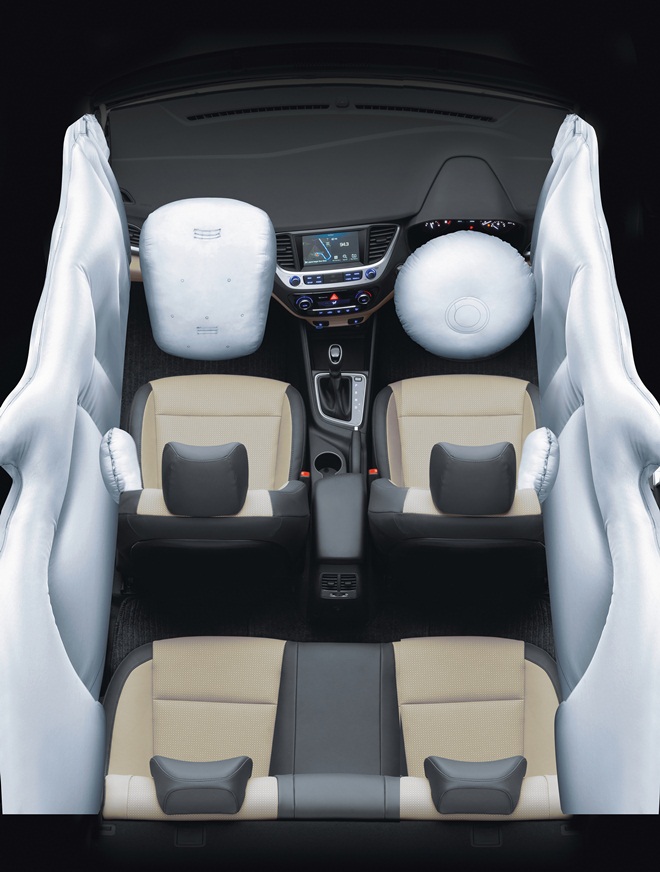 Hyundai has traditionally been good at offering segment-leading safety and it doesn’t disappoint with the new Verna. The car comes with dual-front airbags and ABS as standard and customers can opt for six airbags too, which isn’t available at all on some competitors. The car’s structure now consists of 50 % Advanced High Strength Steel (AHSS), significantly higher than the 13 % used in the older model. This not only lowers the weight for improved efficiency but also enhances the torsional rigidity, as a result of which deformation is less in case of an impact. So even on the safety front, Hyundai has equipped the new Verna quite well and we would advise you to choose from variants with higher safety equipment in the interest of your and your family’s safety.

The new Hyundai Verna has undergone major changes, most of which are improvements and most crucially in the right places. The car scores well in areas such as design and it looks much more premium and dynamic than earlier. I would’ve scored a perfect 10 to the cabin if not for the rear legroom and headroom, which isn’t segment-best. However, the infotainment system deserves full marks and small yet smart things such as Auto Link and iBlue app add value to the overall proposition. The biggest change for me personally has been Verna’s transformation from a nervous handling car to a confidence-inspiring car even at high speed and that alone highlights how seriously Hyundai considered consumer feedback while developing this car. 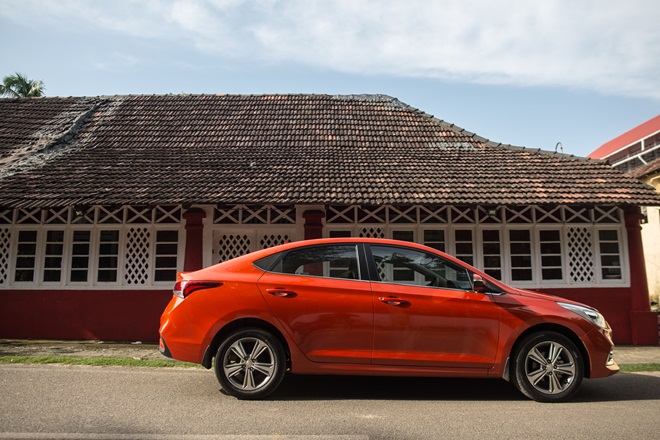 Put all these and the above-discussed factors into the equation and it isn’t hard to figure out that the new Verna has managed to push the game up for the entire segment. In addition, Hyundai has priced the Verna not only competitively but smartly. If you happen to visit a showroom, you’ll realise that most of its variants undercut or match the competitors but still offer more features. The price range for the Verna line up is between Rs 7.99 lakh to Rs 12.61 lakh, ex-showroom, Delhi. This price, however, is reserved only for the first 20,000 customers after which the prices will be revised. We have no doubts that Hyundai has a winner on its hands with the new Verna. It should just ensure that when they increase the prices they don’t go overconfident with the initial success and dilute the value-offering of the new Verna range