10 years of Toyota Fortuner in India: Why Indians love the Fortuner like crazy

The Toyota Fortuner celebrates a decade of dominance in the Indian market. Despite lagging behind in its offerings against rivals, how has it remained the king in its segment? We try and solve this enigma. 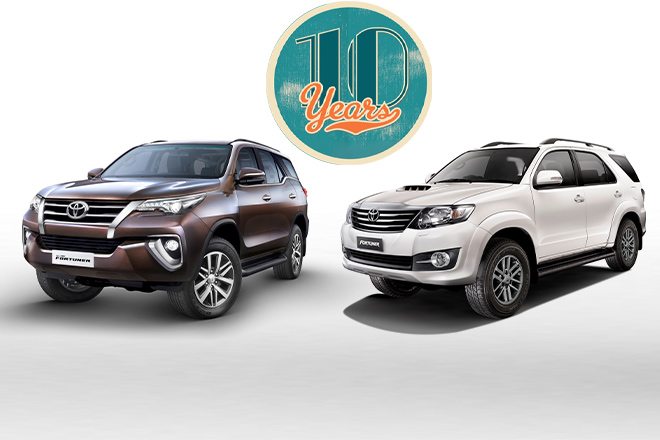 At the turn of the millennium, the SUV market in India started to show signs of growth. Locally designed vehicles like the Tata Safari and Mahindra Scorpio started to gain popularity. But, it was Ford, who was the first global manufacturer, that saw the potential for SUVs in the market early on and introduced the first generation Endeavour in 2003. At the time these vehicles would be priced around the ballpark of Rs 12 lakh.

In 2003, Maruti also had a go when they introduced the Suzuki Grand Vitara, though a phenomenal off-roader, it drew massive import duties and for being a Maruti we know how that turned out. 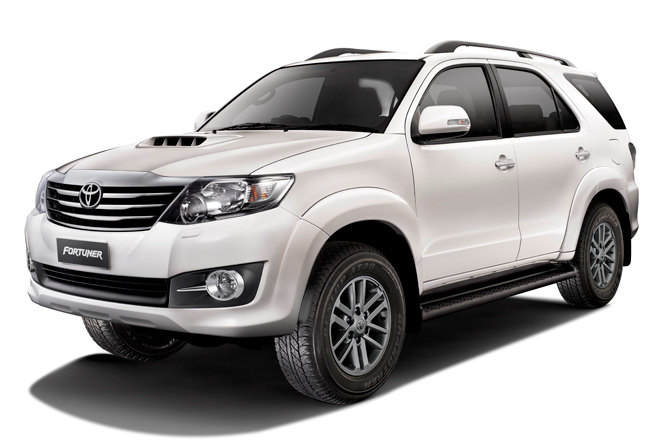 It seemed like the news about a growing SUV segment in India reached Japan quite late. It wasn’t until 2009 when Toyota introduced its contender for the mid-size SUV segment. On August 25, 2009, the Toyota Fortuner was launched in India and at the time, prices of the vehicles in the segment had risen significantly. The Fortuner was introduced with a price tag of Rs 18 lakh with an aim to capture 50% share of the SUV market in India. 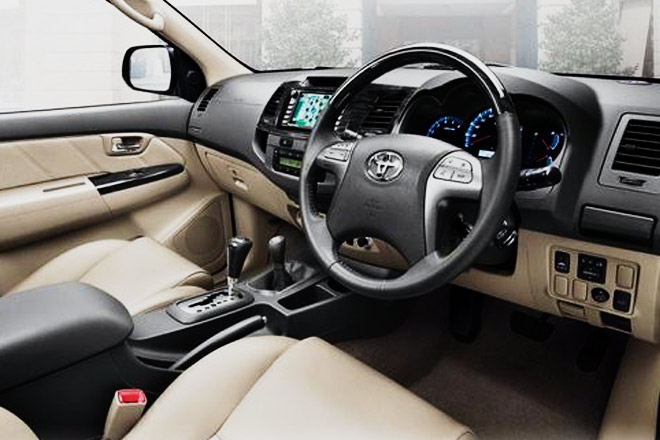 The first generation Toyota Fortuner came with a 3.0-litre diesel engine, with an all-wheel-drive and weighed nearly two tonnes. But, it came with drum brakes all around and the interior was sparsely equipped with just leather upholstery and automatic climate control. However, built on an old school ladder frame chassis, the SUV proved to be a no-nonsense brute on and off road and a force to be reckoned with. Being an old school SUV, it had its niggles like it didn’t handle well on road as the massive weight and softly sprung suspension made it nervous around corners. Toyota subsequently kept introducing updates with an automatic gearbox and a smaller engine through its life cycle to maintain customer interest.

In the first year of its launch, between August 2009 and March 2010, 3,310 Fortuners were sold and the next fiscal recorded 11,500 units. With the 4×2 and AT options introduced in the following year, Toyota sold 16,250 unitsand in its final year on sale (2014-15), the first-generation Fortuner sold 16,500 units in India. By the end of the generation’s lifecycle, even Toyota underestimated the Fortuner’s potential as it not only met the target of 50% market share in the segment but acquired 75% of it. 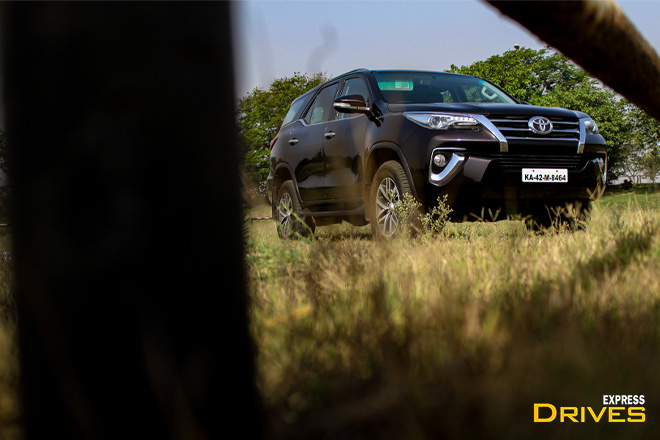 The second-generation of the Fortuner arrived in November 2016, at a time when pollution levels in the national capital region had led the government to reckon that diesel vehicles are the devil and banned any of them with engine capacities larger than 2,000cc. This generated a negative mindset among buyers of diesel vehicles while creating uncertainty in the industry regarding policies of similar nature. Toyota was forced to introduce the Fortuner with a new 2.7-litre petrol motor in India. The diesel option was a new 2.8-litre motor and both engines were offered with a manual or an automatic. The 4×4 though was reserved for the diesel. Prices for the new Fortuner currently begin from Rs 27.8 lakh and max out at Rs 33.6 lakh (ex-showroom, Delhi). At these prices, it surely is expensive but still highly competitive when it comes to segment sales. 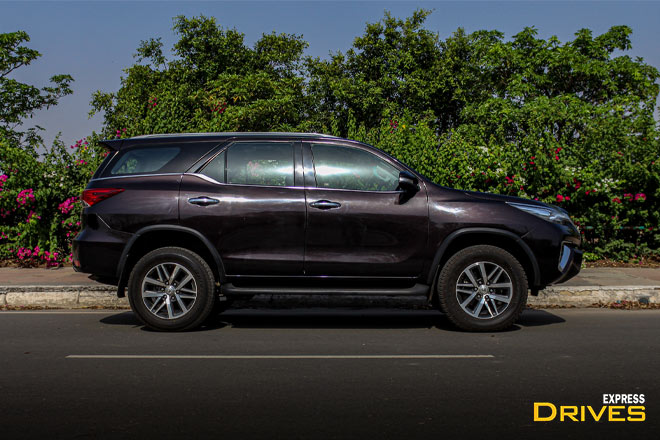 While the new Fortuner arrived with a host of new features, tech and a lot of electronics, it still has remained a step behind in competitors. Be it in terms of features that it loses out to the Ford Endeavour, or its choppy ride being ridiculed by the Isuzu MU-X or the other SUVs that are available like the Scorpio or XUV500 that are significantly less expensive. To me, it’s hard-sell as to why the Fortuner is loved the way it is in India. So I decided to find out from people who actually bought one and why they chose the Fortuner over its closest rival, the Ford Endeavour.

28-year-old businessman, Harman Singh Bhogal, an owner of the current generation Toyota Fortuner has been driving his SUV for a year. The Fortuner was the replacement for his Mitsubishi Pajero, and he also owns a 2011 Mercedes-Benz ML-Class. 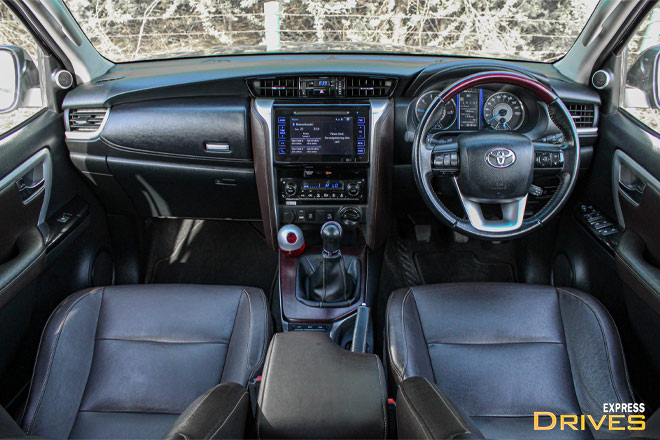 Harman said “I bought the Fortuner mainly because I was impressed by its engine performance and I also preferred the materials Toyota uses for the interior of the vehicle, which I found to be superior to other options in the segment, especially the leather upholstery. For me, the Fortuner is my economical daily driver. However, I will admit that it does not offer a pleasant driving experience and I wish the suspension was tuned more towards comfort. But, I have never had any issues with the car.”

Then my research led me to ask an old friend whom I met at a rally a couple of years ago, who gives me his insights on the flipside of things. Rahul Roy, a 45-year-old off-road enthusiast who loves to push his cars to the limits previously owned a first-generation Fortuner.  He had modified his Fortuner for off-road events and drove cross country as well. He currently drives the new Endeavour but swears by his previous purchase.

“I had bought my Fortuner when it was initially launched in 2009 and I drove 1.38 lakh kilometres in the seven years of my ownership. The second owner also clocked another one lakh kilometres in three years after me and is currently in third hands somewhere in Goa, I presume. Under my ownership, I never had any major issues with the Fortuner, although, the initial models had problems with the gearbox globally, and it was a task to get it replaced under warranty. Also, the service intervals were a little premature at 5,000 kilometres at the time. But the car never gave me any troubles and I dearly loved it. 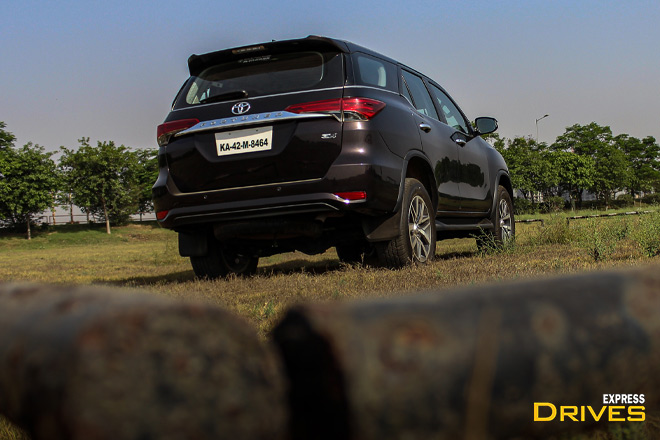 The reason I decided to move to the new Ford Endeavour was that for an enthusiast, the new Fortuner just didn’t offer the same tech and mechanicals I require for my use. It misses the diff-locks, and the all-wheel-drive as the new one is only available 4×4, unlike the new Endeavour. I was also not quite happy with the dynamics like body roll and wheel articulation. Additionally, I’m not a big fan of the looks, in my opinion, the older Fortuner looked more macho. But styling is subjective as my wife thinks the new Fortuner looks more futuristic. So that depends on who you ask” he said.

After asking a few more owners, the one thing everyone had in common was ‘reliability’. Being a Toyota, the Fortuner has served its owners with unquestionable dependability. Whether it is for a family’s daily commute in the city, or when it is pushed to what most consider way beyond the limit, the Fortuner seems to have never disappointed anyone in that regard. Motor vehicles have hundreds of moving parts and sometimes things can go wrong. While everyone’s needs may be different the Fortuner manages to serve a majority of the purpose most buyers of the SUV have asked of it, be it the old or the new model. All of this may be been helped with the low servicing cost that most Toyotas offer that can put some smaller hatchbacks to shame. And that is a key factor that allows people to look beyond the issues that may creep up. The philosophy of less is more and the no-nonsense old-school workhorse attitude is probably why the Fortuner has been the king of SUVs in India for the last decade. This reliability also drives the surprisingly high resale value of the Fortuner, thereby making many potential buyers overlook its lacking in terms of features. 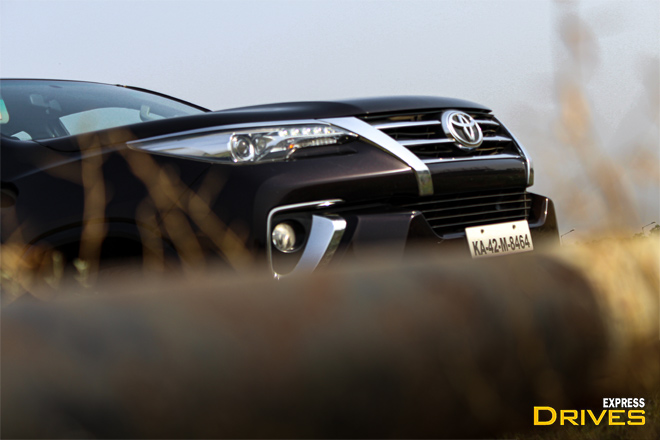 As for my opinion on the Fortuner, at this point is actually irrelevant. I don’t own one, I have never paid to get one repaired, nor have I ever paid to refuel one. But having owned multiple Toyota’s in the family, the one thing I can corroborate is the fact that Toyota is a synonym for dependability. As the American saying goes; “if it ain’t broke, don’t fix it”, I guess some of them actually have to break down for Toyota to take notice to improve them and I don’t see that happening anytime soon though.