Despite the Nano not having been a success as Tata Motors had anticipated when it launched the vehicle in 2009, the company isn’t giving up on small cars. 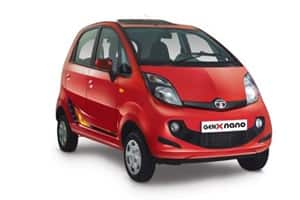 Despite the Nano not having been a success as Tata Motors had anticipated when it launched the vehicle in 2009, the company isn’t giving up on small cars. The management, highly placed sources say, is contemplating a re-entry into the space and a brand new model is in the works.

Last year the GenX version of the Nano, fitted with an automatic manual transmission, was rolled out; however, that did little for volumes which have stayed 1,750 units a month but dropped to 732 units in March. Peak volumes that the little car clocked of 74,524 units in FY12 have not been sustained collapsing to 16,901 units in FY15. Although there was a light recovery in FY16 which saw 21,012 units being sold, in some months the product has sold just around 500 units.

Girish Wagh, senior VP and Head (project planning and programme management) hinted there is likely to be some action in mini or small cars though he declined to be more specific. “We are in touch with buyers of the Nano and do have some specific plans for a small city car which we will talk about at the appropriate time,” Wagh told FE. He believes that while the small car market may not be growing very fast the large base makes it an attractive segment.

Also Read
This is how much a used Mercedes-Benz, Audi and BMW costs to buy and maintain
Kia Carens pips Toyota Innova to become the second best-selling MPV in India
New Volkswagen Vento car review: Visual zing and a little extra
Mahindra KUV100 prices start at Rs 4.42 lakh in India

Tata Motors has struggled to sell meaningful volumes across models even with newer launches such as the Zest (sedan), Bolt (a hatchback) and Nano GenX in the last two years. Experts say the small car segment is extremely important in the Indian context. “In order to build a brand a company needs to a have small car in its portfolio. The demand for the mini cars will only grow given the rapid pace of urbanisation,” Abdul Majeed, partner, Price Waterhouse Coopers, observed.

According to persons familiar with the development, the company will introduce a new model only after the Kite sedan and utility vehicles like Hexa and Nexon come in.  “Going forward the competition in the small car market is going to be stiffer with new body types like Renault Kwid and Datsun Redi- Go,” said Puneet Gupta of IHS Automotive.

“In the next two-three years the likes of Hyundai and Honda will also enter the segment. So Tata Motors needs a new product to counter them,” Gupta said.

Renault’s small car Kwid – launched in October 2015 -has  managed to put up a good performance at a time when other cars such as the Alto and Eon couldn’t grow. In FY 16, Renault sold 41,204 units and in March, the company ramped up the production of Kwid to 10,000 units per month at the Chennai plant.