Focus of the new R&D centre will be to develop a global motorcycle from India. 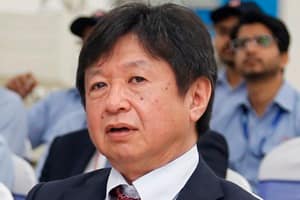 India Yamaha Motor (IYM) has recently been on a product offensive, especially in the growing scooter segment. The company recently inaugurated its 2nd R&D centre in Chennai, highlighting a focus on developing more India-specific vehicles. However, amid this product offensive, some continue to miss the performance-products Yamaha is known for. Also, what about a premium motorcycle that could possibly be exported to other countries from India? The R15 too hasn’t been updated for a while so what will the new R15 be like. In order to get these answers, we caught up with Yasuo Ishihara, Managing Director, Yamaha Motor Research & Development India Pvt Ltd (YMRI). Here’s the full interview with the roadmap for Yamaha in India.

Q1: To start with, you’ve just opened an R&D Center in Chennai, that has a prototype and testing facility as well. Could you shed some light on the uniqueness of these facilities?

A: The new R&D centre would focus on all existing and new motorcycles and scooters that are/will be launched in the Yamaha line-up. Our company is a value-driven company. So, it translates into a better functionality of a facility. Better functionality means lower costs. Currently, our focus will be to develop major components like engines and frames suited to Indian roads and weather conditions. The lower costs would also bring down the cost of the entire product.

Q2: So, when we talk about the R&D centre in terms of capability, is it prepared to handle a product right from the concept stage to the production?

A: The R&D is capable of taking out a completely new model – the engine, frame and other components will be tailor-made for India. However, taking a concept bike out and testing it in the India facility would not be possible right now. But, all current and upcoming models would be produced from this new R&D Center. Also, the new high-value vehicles that would be launched, would not be completely developed by the Indian R&D facilities, existing or new.

Q3: There has been a lot of focus from Yamaha on cost reduction for many years. Over these years, what kind of processes have helped in reducing costs and any particular area where you have achieved significant progress?

A: A few years ago, we had to import components from other companies, that had increased the overall cost of manufacturing a product. However, in-house product fabrication of such parts has reduced costs greatly. We got the blueprints of the required components from Japan and made them here. This was a very cost-effective way for us. And while we did that, we never compromised on the quality standards maintained in Japan. Our suppliers also supported in the cost-reduction exercise and they suggested effective ideas to us along the way. So, more localisation happened and that has helped greatly in building the brand.

A: We are at 90 % localisation for most products, while some are imported. We are on the progress to assemble and eventually, look at complete end – to- end production in the coming years.

Q5: When we talking about localisation, which models, in particular, are localised to the aforementioned level?

A: The recently introduced Saluto RX and Fascino.

Q6: And the lowest localised product?

A: The Yamaha YZF-R3. It is although imported via the completely knocked-down (CKD) route.

Q7: So, what really prompted the need for a second R&D centre?

A: We want to keep the R&D and the manufacturing facilities as close to each other. So, the second R&D centre plays a pivotal role being very close to the Chennai plant.

Q8: So, what will be the key role of the second R&D centre in terms of the Indian product portfolio development and will it also be a part of your global R&D network – partially or impartially?

A: While the development from the second R&D centre will be only for India, collaboration and knowledge sharing will happen, which is imperative to R&D growth. So, we sometimes do deliver a product with a design from our headquarters. Also, we have just started with our R&D divisions and their growth. In the future, we want to design and develop a completely in-house product and share its knowledge with other R&D centres and later on look improving exports from the domestic market. Ideally, we want to build a motorcycle for the world from India.

Q9: Initially, there was a mention that the new R&D centre would focus on the development of a high-value motorcycle, is it going to be a commuter segment that would have low-cost, more features or are you talking about a performance-oriented bike?

A: It will not be just one product or segment. By hi-value, we mean more value-for-money products in all segments. The end result would be the customer will have more models to choose from, thereby giving more variety to the customer and gaining their confidence as well as praise. So, our focus is not only high-quality development, but also high value and quality development.

Q 10: And the focus for your R&D going forward both the centres would probably be more inclined towards the scooters now, given the current condition of the market which is inclined towards scooters.

A: Yes, the scooter segment is now in demand, however, I cannot say that the commuter segment will only be about such models. However, our focus will remain to carry out production of fresh commuter motorcycles as well as scooters.

Q 11: And in terms of product development, what kind of key developments can we expect from Yamaha be it scooters, motorcycles or new technology?

A: Currently, the biggest challenge for the two-wheeler industry is compliance because, from 2018, ABS will become mandatory and in 2020, BS6 will also be introduced. To achieve these technologies for India, we need to develop new technologies & components, and that is where the new R&D centre will play a key role.

Q 12: With BS 6 becoming mandatory, all your products will have to move from carburettor to fuel-injection. Are you looking at complete localisation of fuel-injection components or the unit itself in the course of, let’s say, three years from now?

Q 13: What are the key new trends you foresee from a customer perspective or where do you see more interest coming in from in the next few years in areas like fuel efficiency, features, comfort and performance?

A: One example for the scooter segment is that initially there was only one scooter from each manufacturer. But, nowadays, the scooter market has expanded considerably. Now there are a number of potential buyers with different mindsets. In our case, with the Alpha and the Fascino scooters, we saw more types of customers opting for those over the older models. There is so much variation in the scooter segment now that it caters to all the aforementioned mindsets. This gives the customer more choice. Some customers want a simple scooter, some want a sporty design, some want more performance. A wider product range hence helps in tapping a larger scooter market.

Q 14: What kind of importance would Yamaha put on safety when speaking about the development of new vehicles?

A: Safety is of high-importance to Yamaha and we try and offer maximum safety to our consumers across segments. We make some of the most stable vehicles with shorter braking distances, which significantly improves safety for consumers. We’ve always complied with the safety regulations in the country and will continue to do so.

In addition, another aspect of safety is that there are a number of rules that are flouted by the two-wheeler commuters every day, from not wearing helmets to using spurious parts. That said, we are doing our best in terms of bringing more awareness to the customer about road safety and how they can be safe on their two-wheeler. 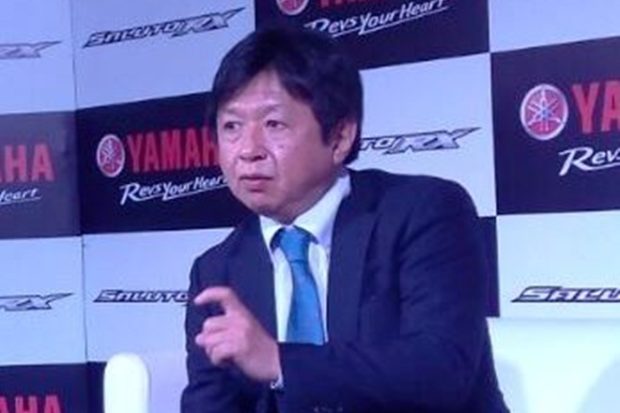 Q 15: Although, the R3 was launched recently, the R15 V2.0 has been around for a while and has not been updated. What would the next R15 be like and in essence what will be the direction for the new product?

A: In the sports commuter segment, our customers are gradually increasing. And that is particularly to attract a younger audience. Our direction would be towards the fact that whoever buys the next R15, like the R3, they should be able to enjoy the bike more than anything else. The R15 will become better in its next iteration, however, no details can be shared as to what would exactly the specifications be like, but we can assure that it will be a step-up from the current generation in all aspects of performance and safety. We also want to extract as much as possible from a motorcycle to give maximum value-for-money for our products.

Q 16: And you did also mention that the long-term target is to develop a global motorcycle. So, what is the timeline, if any by when this motorcycle would be developed?

A: Each market has different kind of buyers who would have different tastes. So, we would not put all our efforts on one product. There would be variations of the same product of the global market.

Q 17: From an Indian consumers point of view, what are the key technologies that you would see in the near future

A: In the near future, what we see is a reasonable advancement in the lighting systems, which should become better to enhance safety while riding at night. New systems for two-wheeler lighting are being developed and these systems would start making their way to India also. They are imperative considering the road conditions riders have to go through every day.