Formula E is ultimate test lab for materials inside the Li-ion batteries: Future electric vehicles to gain from this learning 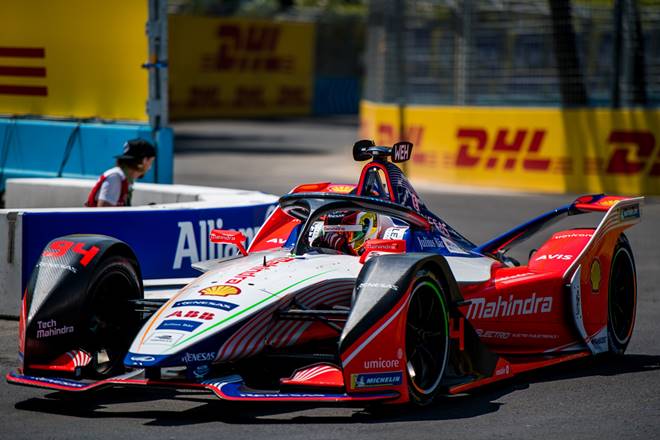 Umicore has been right beside Mahindra Electric with respect to providing them technology for the lithium-ion batteries. To recap, Formula E is a street race for electric racing cars and involves the top talent from around the world. Not only this, Formula E, in the words of Tom Van Bellinghen, director value chain management, Umicore, is “the ultimate test lab for materials inside the Li-ion batteries.” On this interesting note, we had a few questions for Tom about the future of Li-ion batteries and the like.

Express Drives (ED): What is your view on the participation of automakers in electric racing towards development of electric vehicles?

Tom Van Bellinghen (TVB): Collaborating with a Formula E team means we deploy our know-how at the highest possible performance level. It allows our material scientists to interact with top engineers of the Formula E and get feedback on the performance and needed improvements of the Li-ion batteries used. Improving Li-ion battery technology almost automatically means that active materials like cathode materials, the ones that Umicore develops and produces already, will need to be further optimized.

ED: What technologies have been developed by Umicore for Mahindra Racing? Can you give some insights into the nature of this partnership?

TVB: The partnership with Mahindra helps us to understand how the ultimate use of Li-ion battery technology is stressing the active materials inside such battery. This will help us to further improve the key materials in these batteries. Whatever is learnt through this sports competition environment will later certainly contribute positively to the batteries introduced in the cars that you and me will drive on the road.

In Formula E it is absolutely critical that battery power is maximised. This means that efficient use of battery capacity is critical, as well as maximum charging again during braking (regenerative breaking energy charges the battery again). Furthermore, the teams have only one battery pack per car for the whole season. Hence, it is critical to understand how to condition the battery over the season, whatever the state of charge, temperature conditions, number of charges during testing and qualification sessions. Active materials play a critical role in most of these performance parameters and hence a good understanding of the external factors on the performance of the materials (and thus the battery) is critical for the race engineers.

ED: What is the energy density on the batteries designed for Mahindra Racing? What is this number for batteries used in the race car?

TVB: Unlike traditional racing cars with combustion motors- where the engine is the most critical part for the performance of a race car – electric racing is a completely different game with the battery being the key element. In Formula E, each car has two different Li-ion batteries: a so-called traction battery that powers the engine and a 12V auxiliary battery that powers the electronic systems of the car. For the latter, key design criteria are power and voltage but not energy density.

Umicore’s partnership with Mahindra Racing is currently concentrating on the development of their 12V auxiliary battery that is implemented in Mahindra Racing’s Gen2 car, which hit the track in December 2018. The low voltage auxiliary battery operates independently from the traction battery and keeps all critical systems running on the Formula E cars. This battery needs to be as light and as small as possible to save weight while still meeting the stringent power requirements in a very specific voltage window. Any saved kg can contribute to a higher acceleration or longer drive-range of the race car. This requires a completely different battery chemistry than the traction battery.

The traction battery is all about acceleration and speed. To win a Formula E race you need a fast, light car and sufficient energy to finish the race. The cathode materials inside the traction battery can help reach those goals. Cathode materials have an impact on the weight and driving range of the car or the amount of energy that can be stored in a certain battery size. They influence the acceleration speed of the car or how fast the energy can be released from the battery. They also determine a battery’s lifetime or how long and how much stress the driver can put on the battery before it breaks down.

The materials inside such Li-ion batteries – the cathode and anode materials – determine to a great extent their performance. And that is where battery technology comes in. At this point in time the traction battery is standardised and all Formula E teams use the same battery. Their cathode materials chemistry may not be adapted. Once allowed by the regulations, this will change the entire competition, similar to combustion engine technology in conventional racing.