Due to overheating problems, Lewis Hamilton had to slow down in the closing laps and ultimately let Carlos Sainz overtake him and settle for P5. 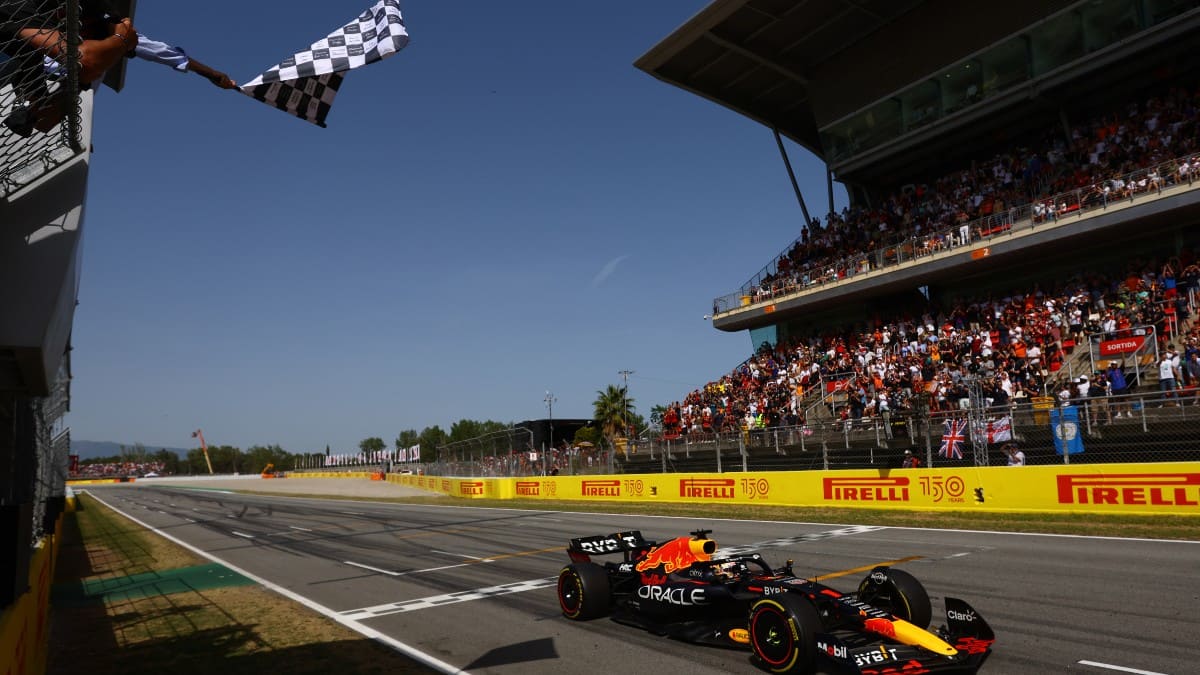 World champion Max Verstappen led his team Red Bull through the chequered flag in the Spanish Grand Prix to claim the title lead. Verstappen qualified second but fell down the order after an early off-track excursion at turn 4. He then found himself battling with George Russell for P2 and the lead when Charles Leclerc retired. Ferrari’s Formula 1 world championship leader Charles Leclerc retired from the Spanish Grand Prix after losing power while leading from pole position. Mercedes’ George Russell finished third and confirmed the team’s revival.

Due to overheating problems, Lewis Hamilton had to slow down in the closing laps and ultimately let Carlos Sainz overtake him. He had passed Sainz for P4 with a slick move at turn 1 with five laps left but then dropped a position after being told to lift off by the team.

It wasn’t an easy drive for Max as he was blown off the circuit and had technical problems. However, he overcame them and marked his second win at the Circuit de Catalunya. In 2016, and as a teenager, he had claimed his maiden victory at the same track. “At first I went off, as I had a lot of tail-wind,” said Verstappen. “Then, I was in the train and tried to pass, but my DRS was not always working. But, we did our own race and eventually we won.”

Sebastian Vettel’s two-stop strategy saw him finish 11th for Aston Martin, 14th-placed Mick Schumacher facing a similar fate as he dropped out of the points late on for Haas with Daniel Ricciardo and Pierre Gasly promoted to P12 and P13 respectively.