Marquez narrowly missed out on a return to the top step of the podium 0.186s behind Alex Rins. 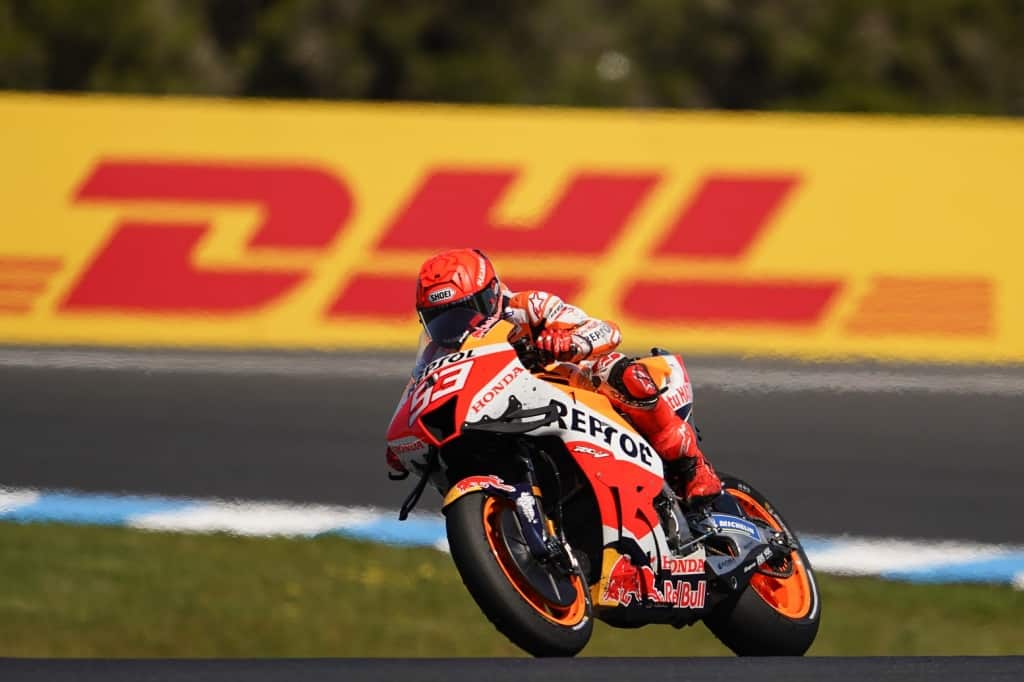 357 days after his last trip to the podium, Marc Marquez became just the fourth rider in history to achieve 100 premier class podiums after a thrilling Phillip Island battle.

Marquez lined up in the centre of the front row of the grid for the 27 lap race. With clear track ahead of him, the Spaniard charged off the line to tuck in just behind polesitter Jorge Martin for the opening half of the race as they avoided the frantic battle behind.

As the laps went by, the competition grew closer and it was soon a seven-way battle for the victory – a true Phillip Island classic. It would only be decided in the closing laps, Marquez saving his soft rear for an all-out assault at the end.

The six-time premier class champion registered his 100th podium of his MotoGP career, meanwhile taking the second place for the 31st time.

Marquez narrowly missed out on a return to the top step of the podium 0.186s behind Rins. 357 days after his last podium, achieved at the Emilia Romagna Grand Prix in 2021, Marquez has once again taken to the rostrum.

From 152 MotoGP starts, Marquez has achieved 59 wins and has finished in the top three in 65% of his premier class races. The second-place finish also moves him level with Spanish legend Angel Nieto, the pair sharing 139 podiums across all Grand Prix classes.

Marquez, having secured yet another podium in his decorated career, said, ““The soft rear was certainly the correct option for us in the race, I felt quite good, and I was able to fight until the end,”

“At the start I was managing the situation a little bit, but I really enjoyed the race, I tried to win! Alex Rins did really well in the last few laps. I left everything out on track today and I really enjoyed all the overtakes, especially at Turn 2 because the bike was working really well there.”, he added.