Explained: The Isle of Man TT 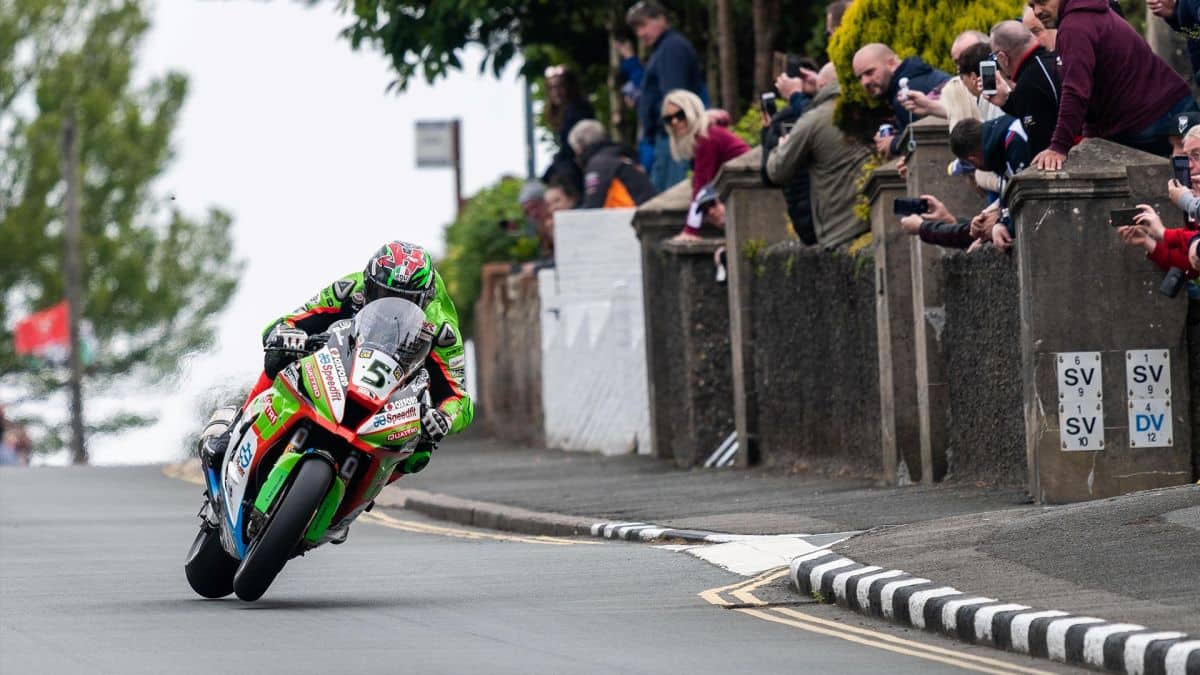 The Isle of Man TT (Tourist Trophy) — is enough to excite and send shivers down the spine of the most elite professional motorcycle racers. Regarded as one of the most, if not the most dangerous motorsport event in the world, the Isle of Man TT attracts thousands of spectators and hundreds of competitors every year. Some do it to retain their championship, some do it for the experience, while some just want the adrenalin the race offers.

Isle of Man TT – The origin

Also Read
2022 MotoGP mid-season report card: Which constructor has had the most success?
MotoGP loses a star, Andrea Dovizioso to not race next year
F1 mid-season report: Where do your favourite teams and drivers rank?
2021 MotoGP: Fabio Quartararo grabs fourth win of season at TT Assen

There is a saying: The first motorcycle race began when the second motorcycle was built! The origin of the TT races goes back over 100 years. In 1903, when the Motor Car Act was introduced, restricting the speed limits in the UK to 20 mph, or 32 km/h, the Secretary of the Automobile Car Club of Britain and Ireland, Sir Julian Orde approached the authorities of the Isle of Man – located in the Irish Sea between England and Ireland – to seek permission to race vehicles. It was granted.

The first race, contrary to what most believe, was with cars and not motorcycles. The first person to have ever won the first-ever race in 1904 on the Isle of Man race was Clifford Earl, on a Napier automobile, completing five laps in a time of 7 hours 26.5 minutes. The following year, Clifford Earl won again, in a Napier, doing six laps in 6 hours and 6 minutes.

The first motorcycle race was held in 1907 with 25 riders competing in a 10 lap race around the St John’s course, which was ~25 km long. The course contained sweeping corners, hairpin bends, and long straight stretches. The format was 1 week of practice, followed by 1 week of racing, which is the format to this day.

The first-ever person to win the motorcycle races that year was Charlie Collier on his Macheless, however, this was a controversial win since Collier had pedals on his motorcycle that gave him a fuel efficiency advantage over the others. For the following year, new rules were introduced, banning pedals being one of them. Collier took 4 hours and 8 minutes to complete the race, averaging 61.5 km/h.

The original Mountain Course was 60.1 km long and later in 1920, the course was slightly adjusted to its current length of 60.7 km. The course includes an 11 km climb, the highest point being 422 metres above sea level and over 200 corners in each lap. A rider needs to complete 6 laps around the course against the clock and the fastest wins.

An interesting aspect to note about the Isle of Man TT races is that the event is conducted on public roads that are closed off during the two weeks. Being regular roads, there is no special tarmac or runoff areas, instead, competitors race down uneven roads that have bumps. This increases the dangerous aspect considerably, earning it the name of the most dangerous form of motorsport.

The Isle of Man TT is the ultimate in road racing and it has been held every year since 1907, apart from when the world wars were on. In recent times, it was cancelled in 2001 when there was an outbreak of Foot and Mouth Disease in the UK, and in 2012, the Senior TT race was called off owing to bad weather. Also, in 2020 and 2021, the races were called off because of the Covid pandemic.

Today, several big names in the two-wheeler industry take part in the race, from motorcycles ranging from 600 cc to 1000 cc with Honda leading with the most wins under its belt. When you look at riders, Joey Dunlop leads the list with 26 wins in various classes, followed by John McGuinness, and Joey’s nephew, Michael Dunlop with 23 and 19 wins respectively.

The current record for the fastest lap is held by Peter Hickman, on a BMW. He lapped the 60.7 km lap in 16 minutes 42 seconds, finishing 6 laps in 1 hour 43 minutes and 8 seconds, with an average speed of 212 km/h. This is a significant development when compared to Collier’s 4 hours and 8 minutes.

The Isle of Man TT races, from the very beginning, have been a time-trial format where competitors will set off individually at 10-second intervals. The 2022 season, which will be held from 28 May onwards, will have 8 categories, including the famed sidecar races and Senior TT.

Yes! Where’s the fun without a passenger? In 1923, the sidecars ran for the first time at TT in a 3 lap race around the Mountain Course. Watching the Sidecars race is nerve-racking for many, as the rider is tucked into the motorcycle and the passenger is hanging off the side to counterbalance the vehicle at breakneck speeds around corners.

In 1926, the Sidecar category was officially dropped owing to the lack of entries. However, in 1954, it was reintroduced with motorcycles not exceeding 500 cc engine capacity, and this slowly graduated to 1000 cc motorcycles by 1975. Later, in 1990, stricter norms were brought in, where the motorcycle capacities were capped at up to 350 cc for two-strokes and up to 600 cc for four-stroke motorcycles.

Indians at the TT

Similar to how CS Santosh opened the doors to the Dakar Rally for India, two Indians have dared to take on the race and one of them, Aspi Bhathena, the Editor of Car India & Bike India, became the only Indian to successfully complete the race. However, this is not without an incident, as during his second attempt, he did have an incident that lead to doctors amputating one of his fingers. As he quoted in one of his interviews with an online magazine, “I’ve donated half of my pinkie to the Isle of Man.”