The Ducati rider -Francesco Bagnaia, took the win at the Jerez with the Ducati’s GP22 motorcycle. Following him, Quartararo finished second. 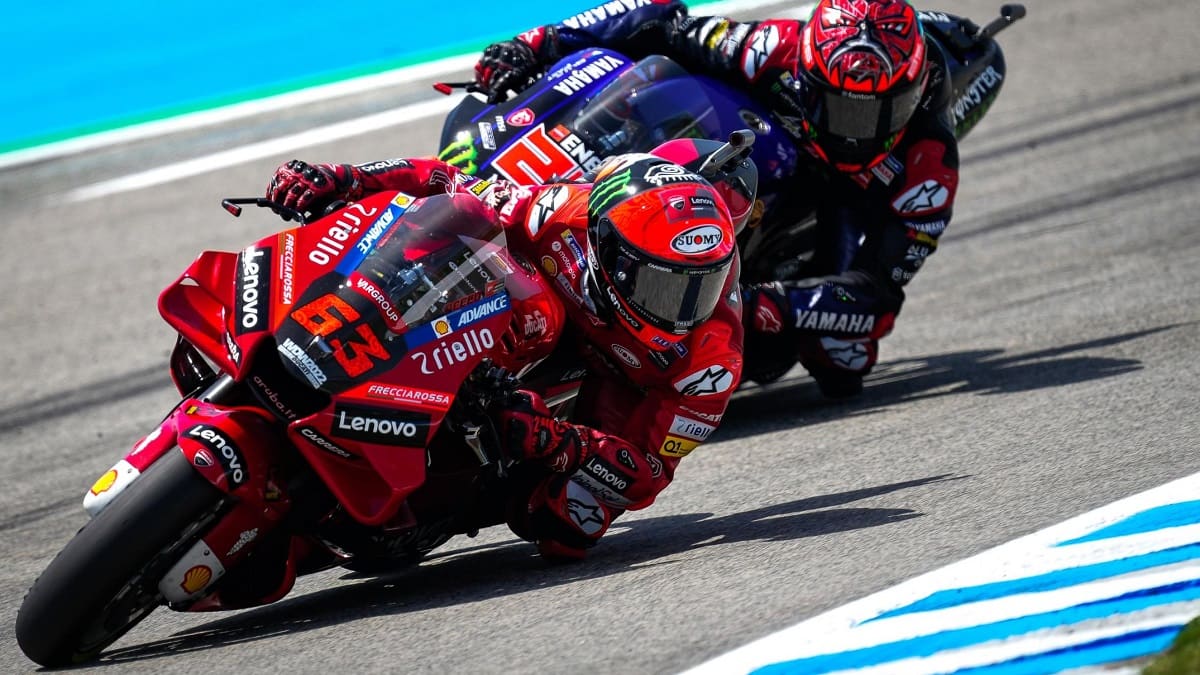 After smashing the lap record at Jerez to claim the pole, Francesco Bagnaia took the win at Jerez, making it the first win for the Ducati GP22. Following the Bagnaia in the 25-lap race was Quartararo taking the second position with a gap of just 0.285 seconds. Quartararo managed to keep the championship lead.

With a tough fight from Jack Miller and Marc Marquez, Aleix Espargaro of Aprilia finished on the podium, while Marquez took the 4th position. Hence, there’s no concession team on the grid now. Enea Bastianini, former title leader, settled for the eighth position, whereas Marco Bezzecchiheld ninth. Brad Binder of KTM managed to join the top ten.

“Today I gave my maximum and achieved the maximum. I saved my energy through the whole weekend to be ready for Sunday because I’m still not in the condition to do a whole weekend at 100%. It’s the Spanish GP, I had to give it everything on race day. At one point in the race, I thought maybe the podium was possible, the key point was overtaking Miller and stopping Aleix because he was faster than us. This is what I tried to do but then at the last corner I lost the front and the rear but fortunately the Spanish crowd were there to pick me up and save the crash! We don’t give up; we keep pushing and now we prepare for an important Monday test.” Said Marc Marquez.

Also Read – All-electric Kia EV6: Top 5 things you should know about it