Sprint races were first introduced in Silverstone in 2021. As per the format, a 100 km race gets slotted between the qualifying session, which gets shifted to Fridays and the main Grand Prix on Sunday. 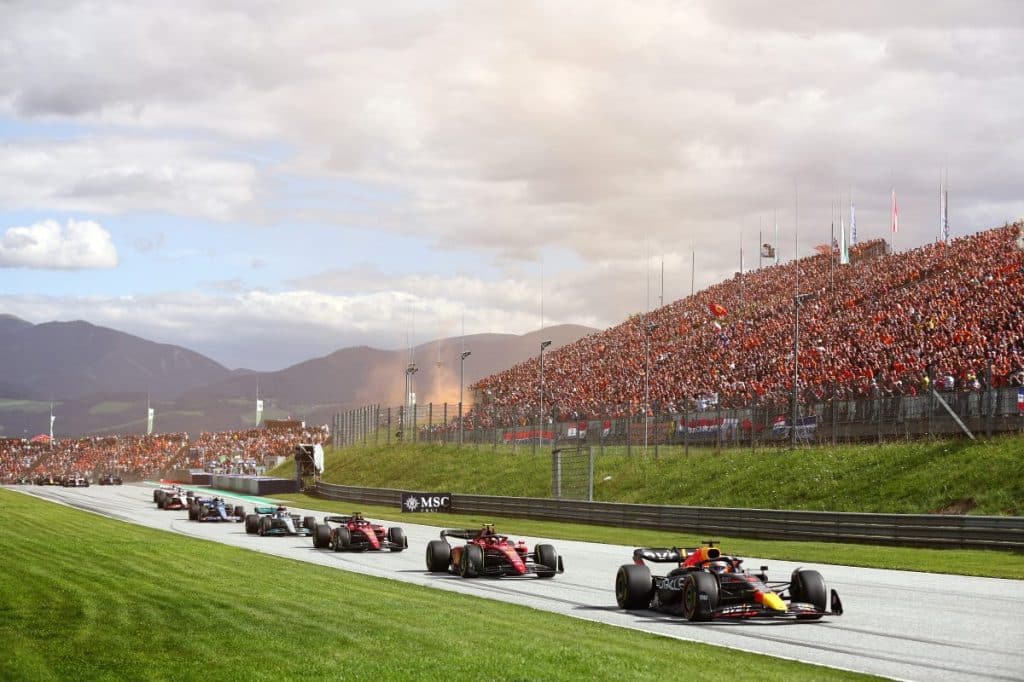 Max Verstappen of the Netherlands driving the RB18 leads Carlos Sainz of Ferrari on lap one during the F1 Grand Prix of Austria Sprint at Red Bull Ring.

Come 2023, the Formula 1 race calendar will feature six Sprint races throughout the season. The World Motor Sport Council has rubber-stamped the inclusion of additional sprint events, taking the count from three at present to six 2023 onwards.

Sprint races were first introduced in Silverstone in 2021. As per the format, a 100 km race gets slotted between the qualifying session, which gets shifted to Fridays and the main Grand Prix is on Sunday.

In 2021, Silverstone, Monza and Interlagos hosted the Sprint events while Imola, the Red Bull Ring featured the same in the ongoing campaign with the championship leader Max Verstappen emerging victorious on both occasions.

Interlagos will host the third and last sprint event of the season at Brazilian Grand Prix in the penultimate race weekend of the season.

The sprint races determine the grid for the main event while drivers, positioned from 1st to 8th, score points ranging from 8 to 1, as per their position in the respective order – with the pole sitter clinching the highest eight points.

Stefano Domenicali, President and CEO, Formula 1 said, “I am pleased that we can confirm six Sprints will be part of the Championship from 2023 onwards, building on the success of the new format introduced for the first time in 2021,”

“The feedback from the fans, teams, promoters, and partners has been very positive and the format is adding a new dimension to Formula 1, and we all want to ensure its success in the future,” he added.

In another thrust towards the growth of motorsports across the world, Dorna Sports, the commercial rights holder for MotoGP, has confirmed that the premier class motorcycle racing event will host a race in Kazakhstan in the 2023 season.

Dorna had recently announced its arrival in India and had inked a seven-year agreement with Noida-based Fairstreet Sports as it affirmed that the “work is in progress” to give India a slot in the MotoGP calendar “soon”.