Hero MotoCorp is the world’s largest manufacturer of motorcycles and scooters. The company’s motorsports team – Hero MotoSports Team Rally, has emerged as champions at the FMSCI Indian National Rally Sprint Championship 2021. It is indeed the first national championship win for the team. The three-time Desert Storm winner – Yuvakumar, took the win in Group D (Stock Class) and Group B (Modified Class). Second team rider – Sathyaraj, concluded the championship as runner-up in the Stock Class and took the fourth position in the modified class.

On winning the championship, Yuvakumar said “We had two exciting days in Goa riding against the best riders from across the country. Winning the Championship in Group B and Group D is an incredible result and the new Xpulse Rally 200 was running really well. Many thanks to the entire team for the constant support and for the hard work in preparing this championship-winning bike.” 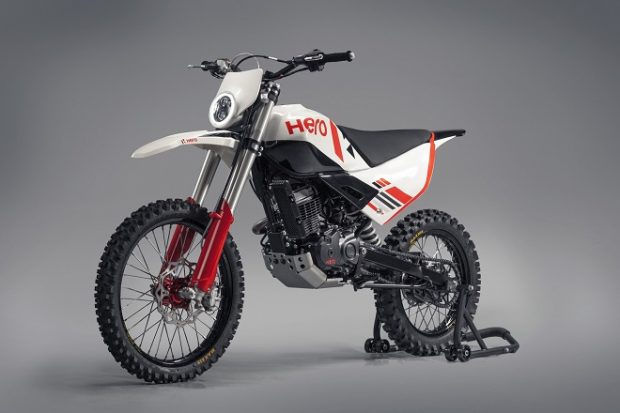 Sathyaraj Arumgum added, “I am really happy to finish as the runner up in the Sprint Championship. The Finals were tough with top competitors from all over the country. The track was hard and slushy with many undulations, but with the new Xpulse 200 Rally as well as the Stock Xpulse, we were able to clear the obstacles with ease. It is a great way to end the year, and I’m looking forward to more great results with the new Rally bike in the coming season.”

Talking of the new Hero MotoSports Xpulse Rally 200, it features a slew of changes over the model it replaces. Powering the Hero MotoSports Xpulse Rally 200 is the new 200cc 4V engine. It is also lighter by 20 per cent and uses lightweight reinforced aluminium rims and Maxxis tyres for sportier performance. The suspension package has been updated as well. Setup on the front is an upside-down unit, and it boasts longer travel. The rear suspension also follows a similar suit. For improved ergonomics, side panels are updated, and the footsteps are repositioned.