In a recent interview with FE’s Vikram Chaudhary, Gaku Nakanishi, President & CEO, HCIL said that that the company is brainstorming which would be the right SUV from Honda’s global portfolio to fit the Indian midsize SUV segment. More details here. 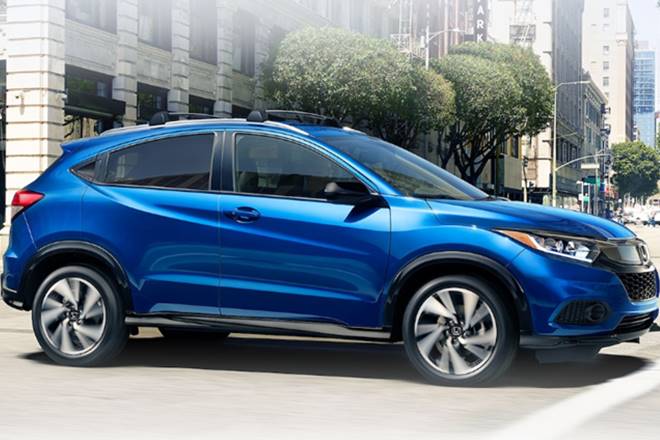 Last week Honda Cars India Ltd (HCIL) launched the new fifth-generation City sedan in India, priced from Rs 10.9 lakh onwards, ex-showroom, but it didn’t discontinue the fourth-generation model. “This, among other things, gives a larger choice to the customer in terms of variants and price bands within a single car model,” says Gaku Nakanishi, President & CEO, HCIL. In an interview with FE’s Vikram Chaudhary, he adds that the company is brainstorming which would to be the right SUV from Honda’s global portfolio to fit the Indian midsize SUV segment.

How have customer buying habits changed during the lockdown; has the customer profile also changed?

As far as customer profile is concerned, it’s a bit too early to say. But we are seeing traction as all online bookings are concerned. We opened the dedicated online car sales channel called ‘Honda from Home’ on April 27, and have seen online-only bookings from that channel rise to 20%. And if you add enquiries from digital leads that get converted into bookings, the total online bookings we are getting are close to 40%. As far as service visits are concerned, we reached around 66% of last year’s level in June, and hope to reach 100% levels in the next two months.

We understand this is the time to also focus on the pre-owned car market, because even though customers are avoiding public transport, some still may not be able to afford new cars. We think the market for affordable used cars is going to increase. Yes, we do see more traction on Honda Auto Terrace.

What was the petrol: diesel sales ratio for Honda cars?

It currently stands at 80% petrol and 20%diesel.

Will the new-car demand reach pre Covid-19 levels by the festive season, or will it take a longer time?

I think we will have to wait till the January-March period next yearto see similar numbers as pre-Covid-19.

Are you selling two generations of the City sedan side-by-side because you don’t have a midsize SUV?

Two generations of the City give a larger choice to the customer in terms of variants and price bands within a single car model. We also hope to attract a new set of customers who have probably not been in the Honda family earlier. In addition, in the case of the City the model change happened at a time when we were transitioning from BS4 to BS6 emission levels. The current(fourth-generation) City was certified as BS6-compliant last year, so we have the ability to produce it in a BS6 avatar. Lastly, whenever the model change happened (of the City), Honda has received requests from customers about not discontinuing the older generation. This time, we decided to give it a try. I must add that the new, fifth-generation City is the largest car in its segment, bigger than its competitors.

But is there an SUV in Honda’s global portfolio that can fit into the Indian midsize SUV space?

We recognise that the price cap between our two SUVs—the WR-V and the CR-V—is about Rs 20 lakh, so we need an SUV that fits into that space. Globally, we have the HR-V that appears to be the right fit. We are now studying that area and, going forward, we will decide how and when to enter the Indian midsize SUV segment.

Honda often says that the City sedan is what built the brand in India. Does this mean that the company’s focus on other car models hasn’t been as much as it has been on the City?

While the City sedan has been a very strong pillar of our business in India— and our first car that we launched—it would be incorrect to say that we are dependent only on the City for volumes. Let’s take the example of the Amaze compact sedan.It is almost as successful as the City, and more importantly, it is helping us penetrate tier-2 and tier-3 markets (where the City may not have much demand). In fact, despite the Amaze having a very strong competitor, we are number one in some markets such as Kerala, and in certain parts of Punjab and Gujarat. The WR-V also has been a success in its segment.