Which one to buy? The Urban Cruiser gets a better warranty and has a wee bit of newness to it 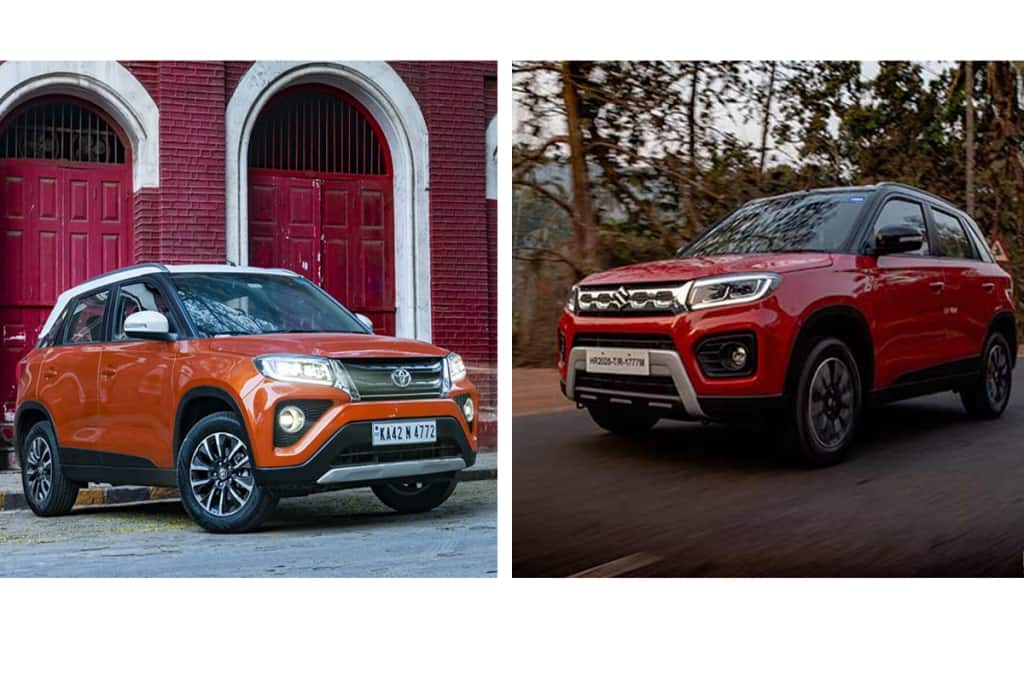 While the rear design of both these SUVs is the same, the front of the Urban Cruiser has less chrome and more maturity; the Vitara Brezza has this almost full chrome grille that looks garish. At the same time, both aren’t as flashy as some newer sub-4 metre SUVs are, and both don’t really stand out on the road.

It’s not flashy, but functional—all controls are within easy reach of the driver, and functional elements include the 60:40 split and foldable rear seats, sliding front armrest, quite a spacious cabin and connectivity features—Toyota calls its infotainment system Smart Playcast while Maruti calls its Smartplay Studio.

Both have the 1462cc petrol engine (103bhp; 138Nm). Gearbox options are either the 5-speed manual or 4-speed AT (fully automatic transmission). Driving experience of both is the same—quiet cabin, good acceleration, very good fuel efficiency (driving both in Delhi I got 16 km/litre), supportive seats and good steering feedback.