The domestic automobile industry, which has been riding through the worst slump in two decades, is likely to be negatively impacted and its supply chain disrupted if the coronavirus (COVID-19) outbreak in China and South-East Asia persists longer, rating agency Icra had said last week. Image for representational purposes only 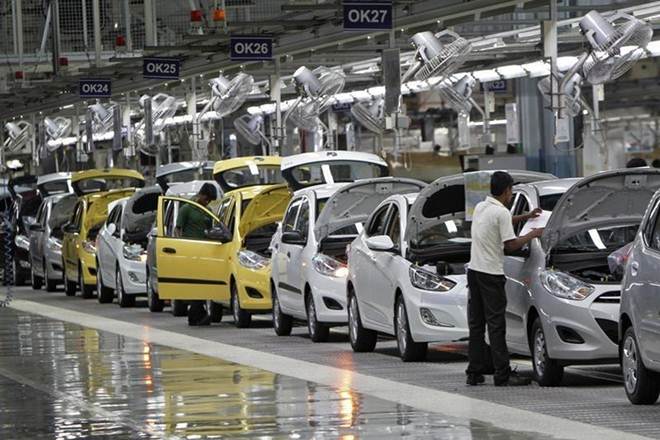 Disruption in supplies due to the coronavirus outbreak in China has hit domestic forging industry along with automobile and auto component manufacturing sectors, the Association of Indian Forging Industry (AIFI) said on Thursday. The domestic automobile industry, which has been riding through the worst slump in two decades, is likely to be negatively impacted and its supply chain disrupted if the coronavirus (COVID-19) outbreak in China and South-East Asia persists longer, rating agency Icra had said last week.

“The disruption caused by coronavirus has hit the automotive industry and thus also affected the automotive component and forging industries,” AIFI said in a statement. China is one of the leading suppliers of auto components in India, accounting for 27 per cent of the total exports, and the slowing supply of components manufactured there would result in a shortage of stocks here, it said. The vehicle demand in the country is projected to decline by 8.3 per cent this fiscal.

“The coronavirus is expected to have an impact on the Indian automotive industry and therefore also on the automobile component and forging industries, which had already reduced their production rate due to the market conditions and on account of the impending change over to BS-VI emission norms from BS-IV from April this year,” AIFI President S Muralishankar was quoted as saying in the statement. Forging industry primarily caters to the USD 57 billion automotive industry. The association represents around 400 forging units with a cumulative annual production of 3 million tonnes.

The problem is further aggravated by the Chinese government’s suspension of shipments by sea until further notice and allowing air shipments only, he added.”Air shipments are not suitable for auto components and forging industries, therefore the Indian OEMs (original equipment manufacturers) are unable to plan production beyond the inventory as currently available to them,” Muralishankar said. Quoting reports, AIFI said that the impact of the supply disruption will be more profound on passenger vehicles, commercial vehicles and two-wheeler segments.
Currently, the OEMs have reduced their production plan for February and March due to non-receipt of components, it said.

It also stated that international customers have asked for shipments to be delayed till further advice as their supply lines are facing adverse impact of disruption caused due to shutting down of manufacturing facilities temporarily in China. The Indian government has also issued a notification mandating decontamination of containers at the port prior to release to Indian Customs. “However, the guidelines/procedures to be followed for decontamination have not been notified, therefore it is not possible for the Indian importers to clear consignments that have already reached Indian shores on time,” AIFI said in the statement.