‘By 2024, the number of equivalent EVs could be the same as internal combustion engine vehicles as the cost of the battery comes down and more localization takes place.’ 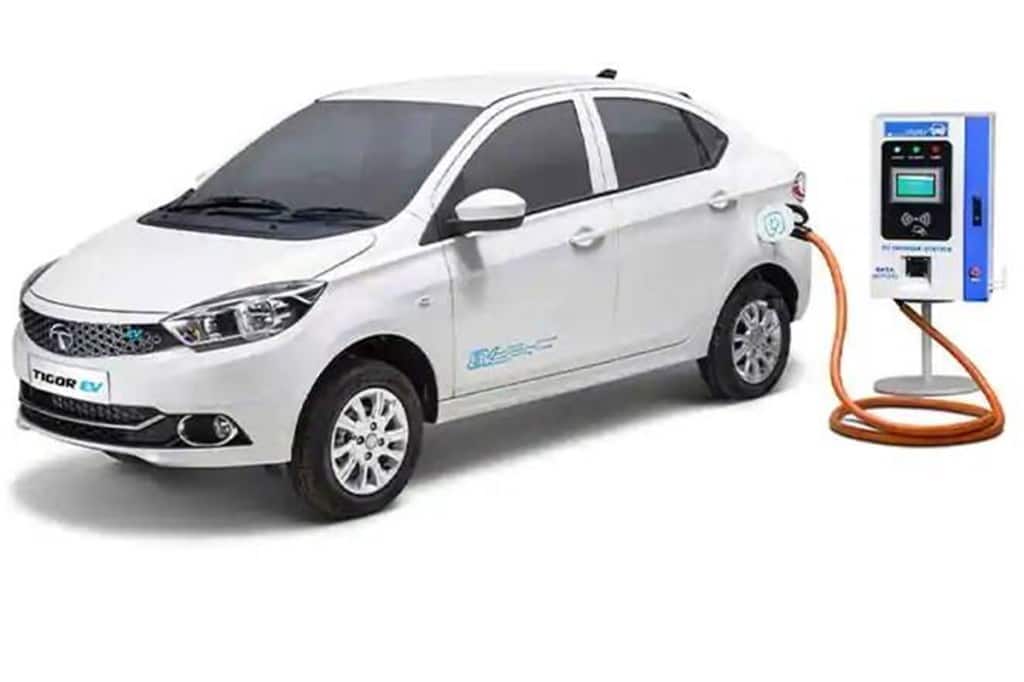 Image for representational purpose only

The electric vehicle ecosystem in India has taken the first few steps towards the government’s ambition of attaining 30 percent EVs by 2030. However, even with policies and incentives in place, the industry faces several roadblocks that need to be addressed for quicker and more seamless adoption of EVs in the country. For example, the manufacturing of li-ion cells has not been able to be localized yet, charging infrastructure is work-in-progress, policies need further polishing. We spoke with Dr Rahul Walawalkar, President and MD, Customized Energy Solutions India, who sheds light on the current scenario of the Indian EV industry and what can be done to improve on it.

1. What are the current roadblocks the EV industry in India faces? How effective will the existing policies and incentives be in accelerating EV adoption in the country?

Indian companies have successfully built electric cars in the recent past and are lining up Electric Buses to be provided to state transportation. Batteries are a critical component for EVs and there is a big gap as currently there is no li-ion cell manufacturing taking place in India. A number of IITs and national research labs have been working on research in the area of Li-ion batteries. At the same time, there is a big gap in the commercialization of this innovation as well as linking R&D to the needs and timelines required by the industry.

Hence, most of the local manufacturing companies if interested in setting up li-ion cell manufacturing plants in India may need to license technologies from countries like Korea, Japan, China, Germany, the US, Canada, the UK or Australia. This has also been the case in the lead-acid industry, where leading lead-acid providers have traditionally licensed intellectual property from US, Japanese or Chinese companies. R&D in some of the key areas for electric vehicles including battery performance, power electronics devices, advanced e-vehicles testing, battery testing, etc., should be encouraged.

Similarly, for charging or swapping stations, we need various components that are currently being imported. Here is a huge opportunity for local tools and component makers to design and manufacture in India. Local component suppliers currently engaged in supplying components to the auto industry have an opportunity to diversify to manufacture components for EVs.

2. Transport Minister Nitin Gadkari stated in June this year that India will be a global EV manufacturing hub within five years. Is the current direction of the Indian EV industry heading towards realizing this ambition?

EV sales in India in the year 2019-20 has been around 3.8 Lakh units (93% of this coming from the E-2W and E-3W category), which is 0.16% of the total vehicle sales in the Country. Looking at the current numbers, the projection looks ambitious. However, the current trends also show a lot of promise for the industry to grow exponentially in the following years. With the FAME II policy in place which mandates 50% localization for being eligible to benefits and incentives to the Phased Manufacturing Plan along with NITI Aayog’s Gigafactory plan which projects to setting up of 50 GWh of local battery manufacturing capacity by 2025 gives the market promise that it will grow in the years to come.

With more states coming out with EV policies and declaring strategic moves like waiving off registration fees and road taxes, the propensity towards EV will improve in the coming years. IESA analysis shows that the EV market can grow to 18.7 million units by 2027, at a CAGR of 52%, with 85% of the market coming from the electric 2 and 3-wheeler segment. Thus, we believe that with the battery storage manufacturing policy in place, fulfillment of targets laid by FAME II policy, and timely implementation of phased manufacturing program, India shows strong promise to become a major contender as the Global Leader in EV manufacturing.

3. Sale and registration of two and three-wheeler EVs can now be done without pre-installed batteries. This reduces the upfront cost of the vehicle, but would this not raise quality concerns and hence a safety threat?

I do not think this is a safety threat. There are existing international standards for manufacturing safe EVs and batteries. If these are implemented and enforced in India, the market will further open and there will be a completely new business model for players. By no means, it leads to any compromise on quality. I believe that most commercial operators will be happy to purchase vehicles and batteries independent of each other. There are other barriers that prevent this model from flourishing. Unbundling battery pack and vehicle attracts a higher GST as the vehicle is not considered EV. This is a policy flaw that needs immediate attention. IESA is constantly engaging with policymakers to build more awareness about such issues. At the same time, we are also focusing on consumer education to bridge the knowledge gap.

4. The government intends for the EV ecosystem in India to reduce dependency on imports, however, battery packs for the majority of EVs here are imported from countries like China, Japan, and others. Does India have the expertise and resources to localize EV battery packs?

I do not have any doubt that India can build the necessary capacity and expertise to locally produce battery packs. In fact, IESA has been working with its members in this direction. I am happy to share that at least 10 members from IESA community, such as Exicom, Okaya, and Bosch etc. are now equipped with the necessary capability and scale to manufacture battery packs in India. They have capabilities for thermal design suited for the Indian conditions.  We are hoping that once the advanced chemistry cell battery manufacturing mission is launched, India will not have to depend on imports.

5. Electric passenger cars will be the last to be widely accepted in India. Would you agree? Would you suggest an algorithmic approach to attaining 30 percent electrification by 2030?

I do not agree that electric passenger cars will have a sluggish adoption curve. From what we have seen so far, there is a strong interest in EVs. As of now, we may not have been among the countries selling the largest number of passenger cars but there are plenty of consumers for electric bikes. However, this can change very quickly. The reason for the slow growth of the electric passenger car segment is the lack of good electric cars in the Indian market.

The kind of response Tata Nexon has got recently shows that there is interest. To further build the ecosystem, it is important that the Govt removes hybrid cars from the higher GST bracket. Currently, these vehicles fall under the luxury vehicle category and charged in the highest bracket of GST. That is a big policy barrier on the hybrid vehicle transition path. Moreover, it is also important to simplify the financing of EVs. We have financial institutions offering several innovative products for making consumer products more affordable. The same focus is required for EV financing.

6. Demand for EVs has increased if we just look at comparative numbers from previous years, but it is still very slow. However, there are now a large number of EV manufacturers in India, including several startups, giving us a scenario where supply needs to be backed by demand and not vice versa. Do you see it flipping in the coming decade?

Yes. I am sure that there will be a flip in the coming decade. These numbers will grow exponentially going forward. By 2024, I believe that the cost of equivalent EVs could be the same as internal combustion engine vehicles as the cost of the battery comes down and more localization takes place. A more established ecosystem will also bring down the capital expenditure for manufacturers. As you see, there is a large segment of consumers who choose diesel vehicles because the operation cost is lesser compared to the petrol engine, the same goes for CNG. Indian consumers are very sensitive about the operating cost vs upfront investment.

So, essentially, the lack of good EVs in India has held up the market. I think that just like the exponential smartphone adoption, India can demonstrate the same growth curve towards EVs. As far as the question about supply-demand mismatch is concerned, I believe that the startups do not have the capability to scale up as much. There are exceptions such as Hero Electric and Kinetic etc. who are trying to scale up the capacity. The startup ecosystem needs a lot of support from the Government and other stakeholders. IESA is committed to supporting both, consumers as well as EV makers to accelerate the adoption.