The system automatically encrypts and transfers the data of violation to the centralised server at the Traffic Control room. The system facilitates e-challan generation along with photo/ video evidence which is sent to the violators’ mobile phone through SMS. 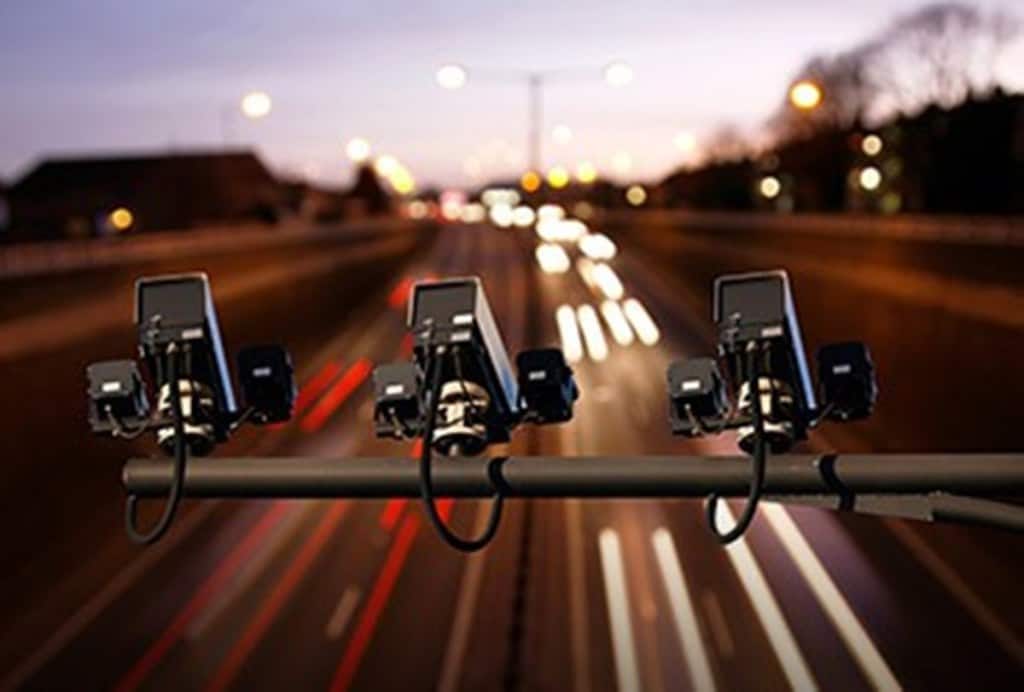 If you stay in New Delhi, you must be driving or riding quite slow, paying attention to the speeds. This is because of the multiple speed and traffic cameras positioned at every nook and cranny. While Mumbai too isn’t far away in this aspect, the implementation there is a bit relaxed. Nonetheless, traffic cameras have eased the work of those manning the stations. Those guilty are often challaned automatically and there is very little to dispute as well. At the same time. it also reduces fatigue in the positioned traffic cops. But, have you ever wondered how these traffic cameras work, their field of vision and how exactly does all of this come together and trigger a chain of events? Vehant Technologies, a Noida-based Artificial Intelligence company manufactures and sell these systems to the government. Express Drives caught up with Kapil Bardeja, co-founder and CEO of Vehant Technologies to understand how these systems function.

Express Drives (ED): Are there specific CCTV units for traffic violations? Any design changes or software updates required for these?

Kapil Bardeja (KB): Yes, to detect traffic violations the following are few specifications required in the CCTV and the software. The camera should be of 2 megapixel and power over ethernet IP-based high-resolution cameras. Also, it should have a narrow range of 60 degrees as it only has to keep a track of vehicles moving on a single lane. For speed detection special accurate frame rate cameras are used.

ED: Please elaborate on some of the smart technologies of these CCTVs?

KB: The system automatically encrypts and transfers the data of violation to the centralised server at the Traffic Control room. The system also facilitates e-challan generation along with photo/ video evidence which is then sent to the violators’ mobile phone through SMS. The system is capable of 24×7 operations. This solution will have an overview camera to capture the zoomed-out picture of an entire area when there has been a red-light violation. The ANPR will read the number plate of the offending vehicle and store it in the database.

Also Read
Covid-19: How the Indian auto sector got impacted
Revealed! How much Maruti to BMW car dealers earn and why FADA demands more
Five benefits of Auto LPG as viable alternative fuel: From cleaner emissions to lower costs
You can book an Uber now but with these new rules in certain cities 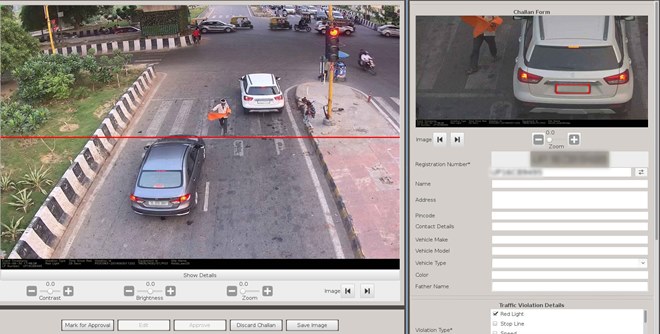 The new system, which would automatically detect violators if someone jumps a red light and also generate an e-challan, is being implemented under the Smart City project in Raipur. Red Light Violation Detection System will allow traffic cops to keep track of violators and generate an e-challan, which would then be handed over to the violator. The system would consist of camera-mounted sensors for better detection of traffic violations, which would relay the data to the central control room managed by the Traffic Department.

The system is connected to the control room at the traffic control rooms and is monitored round-the-clock. It also helps the police to detect and register cases against persons for not wearing helmets, over speeding, triple-riding, stop line violations, speaking over the phone while driving and other violations.

ED:  If a traffic violation has been incorrectly captured or a wrong car is being fined, what is the procedure for a reversal?

KB: Validation of traffic challan is a two-phased process, hence there is negligible chance of error. Initially, the automated challans generated by the system are validated by the traffic operator at the control room for any errors, etc. This ensures that a manual check is there for all challans. Later the data is sent to National Informatics Center (NIC) for actual challan generation and payment collection. But even after this, if a person feels that he has received a challan for a violation which he might not have done, he can contact the nearest Traffic Centre and can challenge his challan. We have seen in the past that people have also gone to courts over their challans which is a fundamental right of any individual to be heard in the court of law.

ED: How weather-proof are these CCTVs and what is the maintenance required?

KB: Weather conditions are one of the most important parameters, influencing the quality of traffic surveillance. All outdoor equipment on the pole/cantilever/gantry are IP 66 rated which ensures they are protected by rain and dust. The temperature rating of such equipment is from -5 degrees to 55 degrees making it suitable in all weather conditions. Some equipment also had inbuilt heating and cooling for cold climates like Ladakh and other hilly areas.
A surveillance system is only as good as the maintenance and upkeep it is given. It is always better to frequently monitor the functionality of cameras. Despite most CCTV cameras being of high quality, they are still liable to occasionally suffer glitches, which can compromise the effectiveness of the system.

Maintenance can identify any technical problems and fix them in a timely fashion. Keeping the camera lenses clean will prevent any buildup of grime that could hinder the performance of the device. Check for the growth of foliage, ensuring that it has not grown to a degree where it blocks any lenses. Also, look out for any fraying cables that are showing signs of wear and tear, and remember to frequently survey the quality of the images and power supply to devices.

ED: How long does the accumulated footage stay in the server?

KB: Generally a traffic control system keeps the data records for a period of 30 days minimum. In certain cases like stolen vehicles, challaned vehicles the data is stored for a period of one year. In case, authorities request Vehant to keep data for a higher period of time than above , we can provide for the same.