Mahindra & Mahindra says that a lot of the migrant movement happened in end-May, early June or till middle of June. Now, that 15-day, 20-day cycle is passed and there has not really been a very large outbreak of the pandemic with most of the migrant labour who had to move back have moved back and we really have not seen that. 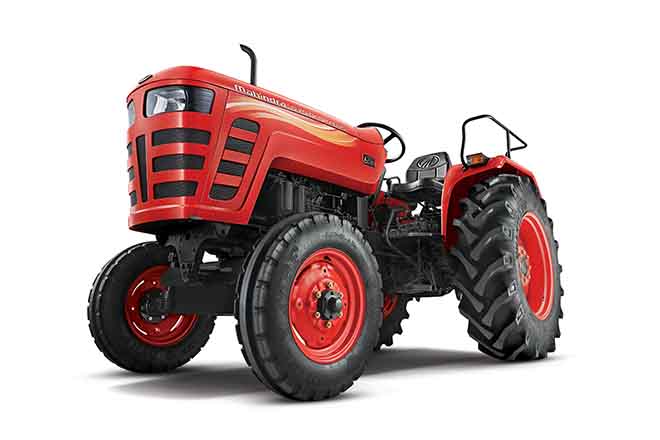 The bright part in this entire terrible pandemic is that the rural demand is strong. How rural India is behaving?

One of the big drivers of rural demand is the government spending in rural India which is both state and central. Now, since December we were beginning to see a very good uptake in rural demand and in tractor demand as well and that was, of course, triggered by very good rains. So, we think all the fundamentals of rural demand are very strong right now, for a variety of reasons. Very good crop outputs, very good prices on crops so income has improved, a lot of non-agricultural government spending, and when you couple all of that with what looks like a good and normal monsoon now, with monsoon now you can never predict, but what looks like a good and normal monsoon makes us feel that rural demand is going to be healthy. So basically, the way we are seeing is that rural demand is robust and likely to stay that way through the year.

You do not see the fallout of the pandemic sort of reaching the rural shores, so you do not see outbreaks happening because as a lot of migrant workers have returned home. What is the risk?

A lot of the migrant movement happened in end-May, early June or till middle of June. Now, we have passed that 15-day, 20-day cycle and there has not really been a very large outbreak or the pandemic with most of the migrant labour who had to move back have moved back and we really have not seen that. Now, that does not mean to say that there will be no outbreak. There are outbreaks happening in smaller towns. As we speak, there is something happening in Kolhapur, parts of Karnataka all of that. My sense is that the government is now better equipped on how to handle it right.

What about the state-wise behaviour pattern on spending on auto and tractors?

On the auto side, we have a strong rural portfolio, so our pickups are rural-focused, Bolero is rural-focused, Scorpio is rural-focused so at least three of our products are very strongly rural focused. We have not really been able to test demand yet because supply has not yet ramped up to a level where supply is more than demand and part of the reason, of course, was that there was a BS IV to BS VI transition where no inventory in the pipeline. On the tractor side, some of the Southern markets have done very well, AP (Andhra), Telangana, but they were on a lower base because last year they were low. Markets like MP (Madhya Pradesh) have done really well overall. So MP, Rajasthan, parts of Gujarat so on, Bihar has done well. So actually, it has been reasonably uniform, the states which have been a little slower are Maharashtra and to some extent, Karnataka.

Are you taking any measures to support demand?

The honest answer to that is right now supply is a bigger challenge than demand so there is no point right now making disproportionate efforts but the one thing that I do want to talk about is one change that we had kind of started seeing even before Covid-19 but it has accelerated dramatically post-Covid, is the role if digital in rural India. Like I said we have started seeing this trend maybe in the middle of last year where it was very common for a tractor-buying consumer to have done a YouTube/a net search on what the different options were before they were prospecting and sometimes…it is typically the younger person in the family in the village who would do that and provide information. Now, this completely changes the dynamics of rural-buying because this was never a feature.

What is the capacity utilisation at your plants for both tractors and auto?

On the tractor side in the month June, we were about 90% of our capacity and that is 90% of capacity at a peak level right, because June is a peak-selling month. So, we were short and we basically consumed most of our inventory in the process because June sales were really good. In auto, we have been about 35% odd. Auto supply chains are more complex, obviously you would relate to that. Auto is still in the region of 40-45%, now what causes the supply chain challenges is mainly partial lockdowns happening in different parts of the country, right.

As a company, what are the different demand scenarios that you are preparing for to make manufacturing more agile?

When I say multiple scenarios you will have to…basically the way we do it is multiple scenarios of demand, so you may just for conceptual discussion you may say we have four possible scenarios of how demand will play out. In these four possible scenarios, what will be your supplier requirement. Then you take the most likely, most probable scenario and you pit yourself against that scenario. So, you say this is the most likely, or you decide most likely/the one you want to have confidence on or gun for and then you set your supply chain to that scenario. Now if that scenario does not fully play out then how quickly can you move the organisation to another scenario which maybe either lower or higher, right. So, what I am saying conceptually is that these will all have to adapt keeping in mind that there is no certainty, that you may have to move up or down as things play out.