The new Ultraviolette F77 electric motorcycle will be launched in India on November 24, 2022. This high-performance EV will have a top speed of 147 kmph and deliver a range of up to 150 km per charge. 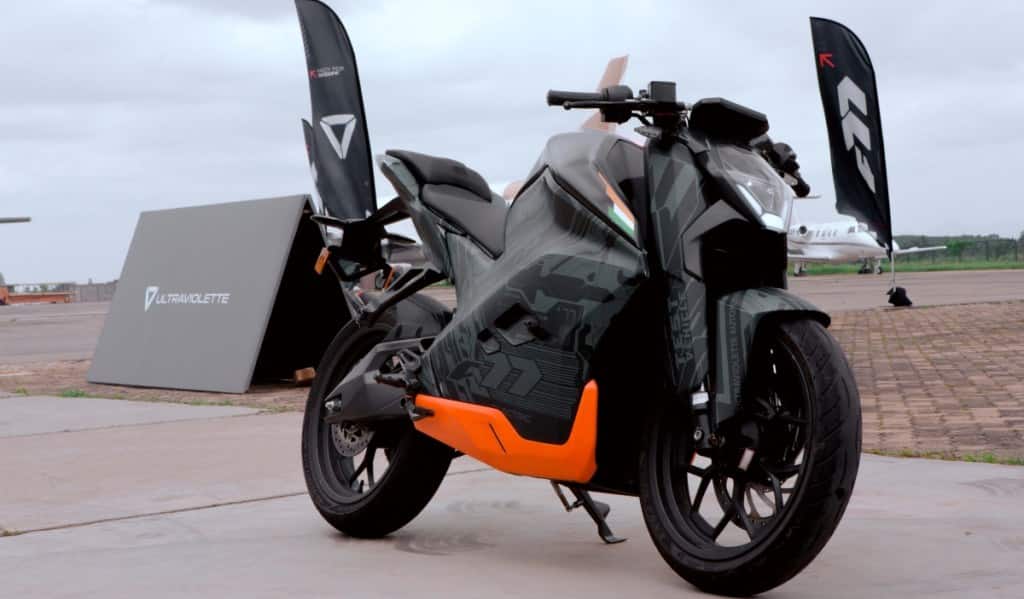 Bengaluru-based EV maker, Ultraviolette Automotive, has officially announced that its first-ever electric motorcycle, the F77, will be launched in India on November 24, 2022. The Ultraviolette F77 will be a high-performance EV with a top speed of 147 kmph. Its pre-production concept version was unveiled back in 2019 and while the launch was initially scheduled for 2020, the pandemic played the spoilsport.

Ultraviolette says that the F77 has been designed and engineered in India with over five years of R&D and rigorous testing. The company claims that over 70,000 prospective customers have shown interest in the product from 190 countries. Moreover, while it will be launched in India in a phase-wise manner starting with Bengaluru, the company is subsequently looking at the F77 being launched across the US and Europe.

The Ultraviolette F77 will be offered in India in three variants: Airstrike, Shadow and Laser. Its production trials have also recently commenced at the company’s manufacturing facility located in Electronic City, Bengaluru. Powered by in-house battery technology, the F77 will get up to three modular lithium-ion battery packs and it will offer a range of up to 150 km per charge.

Talking about specifications, its electric motor will develop 33.5 bhp and a blistering 450 Nm of peak torque at wheel. Moreover, the F77 will have a top speed of 147 kmph and can accelerate from 0 to 60 kmph in just 2.9 seconds. Ultraviolette claims that the F77 can be fast charged in 1.5 hours and it will be a smart and connected electric motorcycle with remote diagnostics, OTA upgrades, multiple ride modes, and more.