Okinawa Oki100 electric bike to be faster than Revolt RV400! Launch details out

Okinawa says that it is planning to provide a wide range of 100 percent localized electric two-wheelers to the customers here and the Oki100 will be the first product in the line. 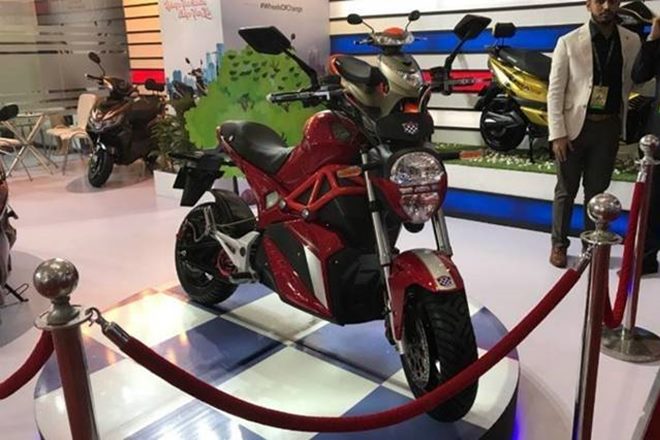 A lot of two-wheeler manufacturers in India sell electric two-wheelers and with the growing space, the arrival of new and improved products is something very obvious. Now, Okinawa that currently retails only electric scooters in India is set to launch its first-ever electric bike in the coming months.  Named as Oki100, the company claims that the said electric bike will be a highly localised product and is in line with PM Modi’s vision of ‘Make in India’. Except for the battery cells, all the components of the Oki100 electric bike will be manufactured in India. Moreover, the company goes on to claim that the Oki100 will have a top speed of 100 kmph. With the said claim, the Okinawa Oki100 will be faster than its closest rival – Revolt RV400 that can reach a maximum of 85 kmph.

The Oki100 will have a lithium-ion battery and is set to be launched in the third quarter of FY2020-21 and hence, you can expect it hit showrooms around the festive season. Okinawa says that it is planning to provide a wide range of 100 percent localized electric two-wheelers to its customers and the Oki100 will be the first product in this line. Moreover, the brand says that in order to accomplish the same, Okinawa will be widening the local supplier base in the country. Okinawa also aims to fuel the localization factor in the EV industry in India through its efforts and cutting edge technology, the company noted.

Jeetender Sharma, MD, Okinawa says that the company welcomes PM Modi’s vision of ‘vocal for local’. He says that in order to accelerate the same Okinawa has announced a 100 percent ‘Make in India’ electric bike. Currently, the company is offering maximum localization of electric vehicles, which is 88%. Sharma says that with Okinawa’s upcoming electric bike, the brand is taking the localization level up to 100%. All components of the said electric motorcycle will be manufactured and sourced from the local suppliers and the company is expecting this to boost local suppliers’ domain and inspire all the EV startups to go ‘Vocal for local’.