Log 9, an indigenous start-up company is claiming its new batteries for intra-city EVs can last for a battery cycle of up to 15 years. It has partnered with companies like Amazon, Shadowfax and Delhivery. 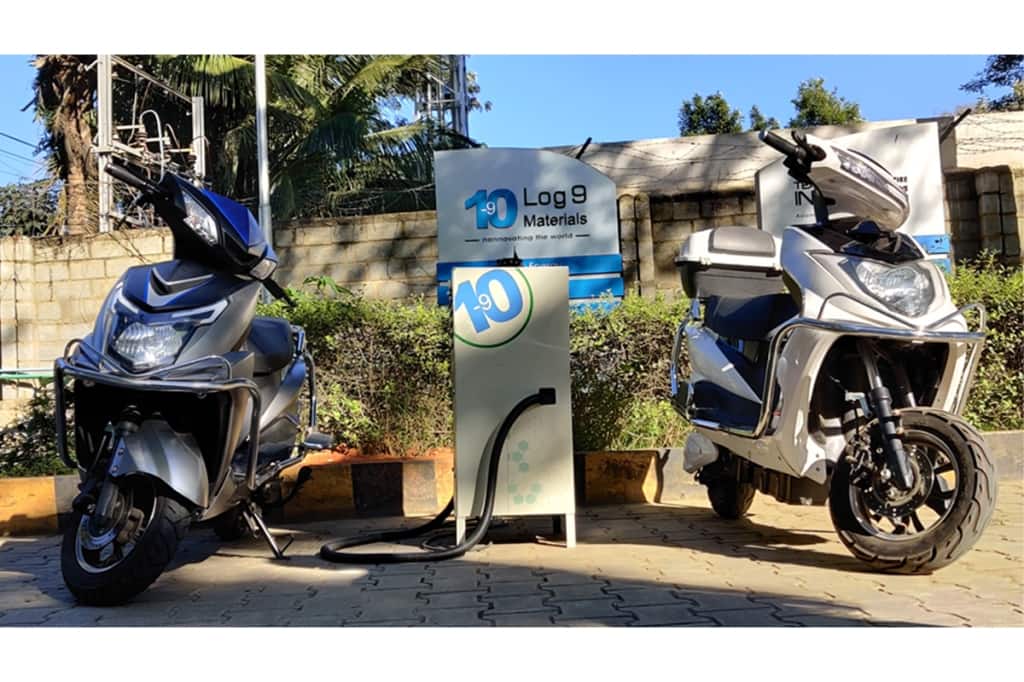 Log 9, an Indian start-up has announced the launch of its new battery for electric vehicles. Log 9 claims its first-of-its-kind Rapid Charging Battery Technology that is capable of fully charging in under 15 minutes! Log 9’s team has utilised its collective expertise and know-how vis-à-vis supercapacitor technology and Graphene in the development of the battery. The manufacturer claims that the new battery is superior to existing EV batteries in India as well as international markets. Log 9 also claims that its new superlative battery pack has a life of over 15 years of use.

Other claims made by the Bengaluru based startup include upto 5x power which would help in increased load-bearing capacity and acceleration. Additionally, it claims that it is 5-times safer than lithium-ion batteries in terms of fire-resistance and impact-resistance. Log 9 says that its new batteries would offer a range of upto 70 kilometres for two-wheel EVs and 60-80 kilometres for three-wheel EVs.

The initial application for the new Log 9 Superlative battery pack is expected to be used for intra-city electric vehicles. The company is targeting the B2B last-mile delivery segment of India for the new battery system. Log 9 is said to have partnered with Amazon, Vogo, Shadowfax, Delhivery among others for their last-mile delivery vehicles.

The company is planning to deploy over 3000 vehicles with its Rapid Charging Battery Packs by March 2022. These would include both electric two and three-wheelers. By FY 2023, the automaker aims to deploy over 20,000 vehicles across the country. Log 9 has already performed pilot runs across India. But is looking to tap into other markets like South East Asia as well.