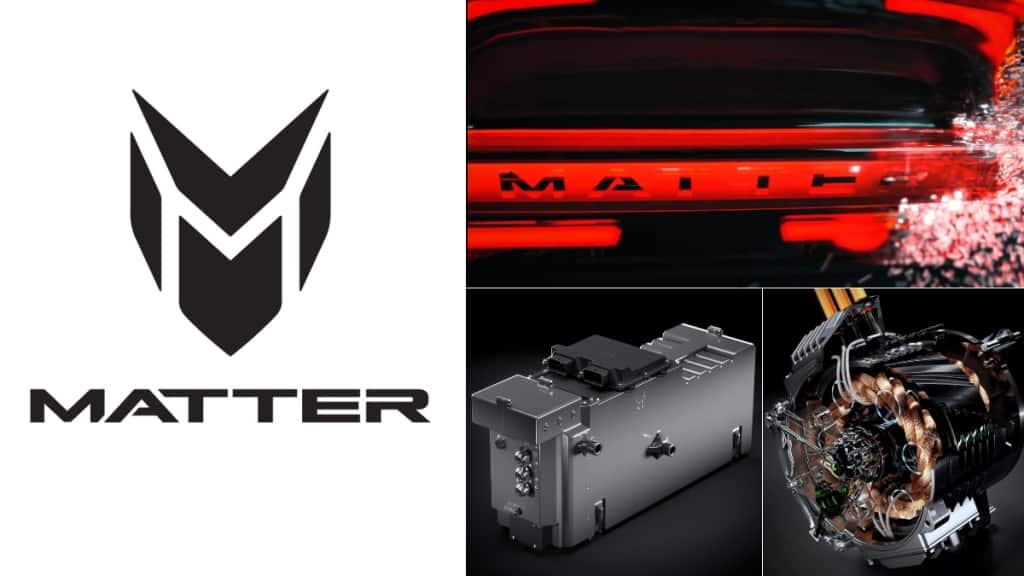 Matter, an Ahmedabad-based tech start-up, will venture into the electric mobility space of India next month. The company will launch its first electric motorcycle in November 2022. While the official name and specifications of the upcoming e-motorcycle aren’t known yet, Matter aspires to create benchmarks in the electric two-wheeler segment. We will get to know more details about the product in the coming days.

Matter also revealed a micro teaser of its upcoming electric motorcycle. The announcement was made during the first #TechDay organised by the company. The event hosted by Mohal Lalbhai, Founder & Group CEO, Matter, and Kumar Prasad Telikepalli, Founder & Group CTO, Matter, demonstrated the in-house built technology for India and the world at the Capital Incubation Insights Everything (CIIE.Co), IIM Ahmedabad campus.

During the same event, Matter unveiled its new logo and brand identity as well. The company’s new logo embodies ‘core values, growing strength, progress, and a desire to build a future that is both technologically and ecologically responsible.’ The M in the logo represents the path between the four arms that is – technology that mesmerizes, innovation to simplify lives, impeccable design, and the shield that stands for good energy, no matter what.

Mohal Lalbhai, Founder & Group CEO, Matter, said, “For electric vehicles to become mainstream, it is pivotal that we think new, decode the need progression, and leverage technology for product development.  What makes me proud today is that our innovation culture has enabled key, core technologies in multiple domains of the electric vehicle.”

He further added, “Our upcoming electric motorcycle is a product that is built on core technologies, developed in-house, that will usher in an era of new age mobility, connected experiences, and will shape the future for a sustainable and inventive India.”

Kumar Prasad Telikepalli, Founder & Group CTO, Matter, said, “Technology and innovation are the primary drivers of the future and are altering the mobility sector. Matter has made significant technological advancements in the EV ecosystem with a strong emphasis on safety, security, reliability, and performance. Vehicles of the future will be far smarter and data-driven, and technology advancements will open up numerous possibilities, constantly curating new experiences.