The updated Jaguar i-Pace boasts an AC charging system that claims to be faster and in the process allows the car to achieve 53km/hour range as well as have an overall 470km range. 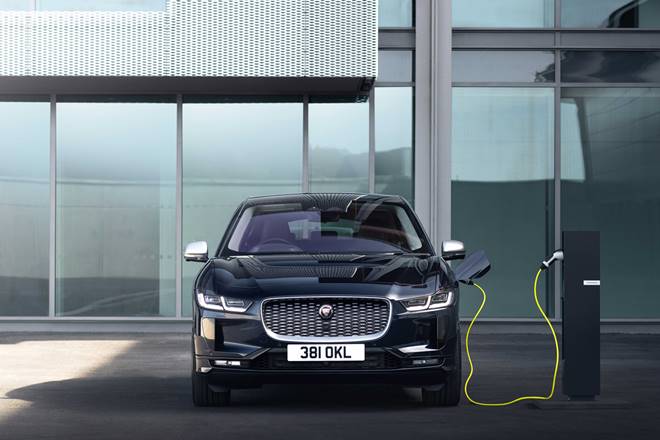 The Jaguar i-Pace is a much-awaited electric SUV by the company in India. It is scheduled for a launch later this year. Jaguar though has now showcased an updated i-Pace model globally. This is the one that will most likely come to the Indian market. There is a marked improvement in the infotainment, charging process as well as the connectivity options available. Jaguar has also tinkered with the design elements to ensure that the car stays fresh. The company says that with respect to time, the Jaguar i-Pace will keep receiving OTA updates. As and when it will be launched in the Indian market, expect the Jaguar i-Pace to command around Rs 90 lakh. The electric SUV will have competition from the Audi e-tron as well as the Mercedes-Benz EQC cars. Both of these are also in the pipeline for the Indian market.

Coming to the enhancements that the Jaguar i-Pace has received, these include a PM2.5 filter in the cabin, wireless charging, and Bluetooth connectivity option for two phones at the same time. There is also the dual-SIM modem with 4G connectivity. The Pivi Pro infotainment is being used on a Jaguar car for the first time and the company claims that it is as easy to use as a smartphone. It also shows the driver the nearest charging station, the wait time there, time taken to charge as well as costs involved. The Pivi Pro consists of two touchscreen units, one placed above the other – 10.o-inch and 5.0-inch respectively. There is also rotary controls dialled in. Jaguar further says that the advanced navigation system learns and will stay quiet in an area where it thinks the driver has been a frequent traveller and doesn’t need guidance.

A 3D surround-view camera is standard. A new ClearSight rearview mirror too is provided. This one provides a clear sight of the rear even when its fully loaded with passengers or luggage. The music system is supplied by Meridian and it comes two additional speakers thereby enhancing the sound experience.

There is a new 3-phase charging system on offer as well. This one adds 53km range per hour. A huge 470km range is available with the i-Pace, with 0-98kmph achieved in just 4.5s.