Formula E in India: Just a spectacle or more?

Formula E is the fastest growing motorsport and the pinnacle of electric vehicle (EV) technology. India is well represented in the series with Mahindra Racing, having achieved a respectable record of 5 wins and 22 podiums within the 90 races of the Championship to date. 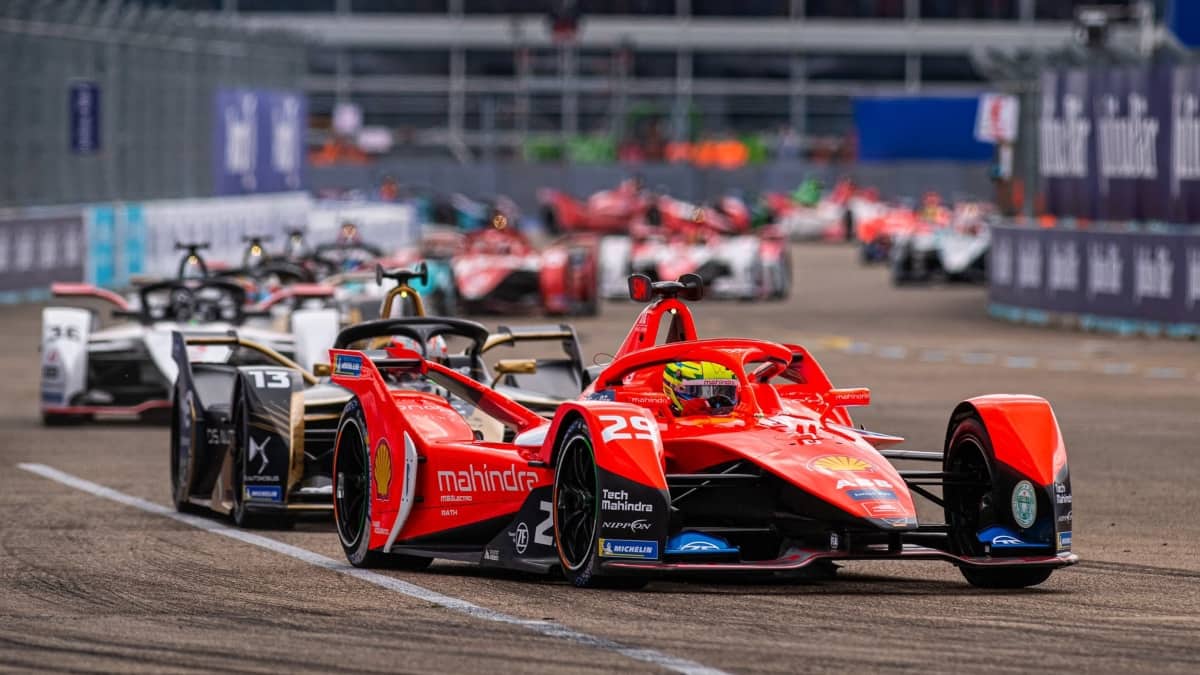 The ABB FIA Formula E World Championship, an all-electric racing series, is yet to officially announce a date for the much anticipated race in the host city of Hyderabad in India. It is set to be the first major international motorsport event in India after the last Formula 1 (F1) race held in 2013 at the Buddh International Circuit. Is it just India returning to the international motorsport map once again, or something more?

Formula E is the fastest growing motorsport and the pinnacle of electric vehicle (EV) technology, and very vocal in terms of its own goals of sustainability and e-mobility awareness. India is well represented in the series with Mahindra Racing, having achieved a respectable record of 5 wins and 22 podiums within the 90 races of the Championship to date. Mahindra Racing has been a key driving force in bringing Formula E to India and is committed to promote the electric mobility agenda. With the new era of performance and efficiency, the team is looking forward to race in front of their fans and have a home race.

Still, many in India are not aware of the championship and what it represents. When the 22 Formula E cars hit the roads of Hyderabad, for the first time, it will change that. It will create the awareness India needs, and not just for the sport, but the understanding of how good EV technology can be, in its most impressive form.

The racing is the fun part of it, with all 22 cars hitting the track for two practice sessions, a qualifying session, and then the all-important race. The race lasts for 45 minutes plus 1 final lap. The race is an intense battle for positions, as the higher a driver finishes the more points they score. There aren’t any mandatory pit stops, as the batteries last the entire race duration and the tyres designed for the championship are all-weather tyres.

The cars it races with are unlike any other motor racing championship, and the recent reveal of its Gen3 platform for the next season of Formula E, will accelerate their efficiency if the cars and their powertrains, also accelerate their sustainability push, and change the racing yet again, for the better. Described as “a seriously quick and agile racing car”, with the power-to-weight ratio claimed to be twice as efficient as of a 470bHP internal combustion engine, these are set to be one of the most efficient EVs in the world. Moreover, it uses many components manufactured with recycled materials, with their vision to prove to the world how sustainability and performance can co-exist.

The fast charging, battery management systems (BMS), reliability, sustainability, and most important of all, the safety of these cars are the absolute benchmark for production EVs. Formula E also serves as a test bed for new battery technology, and BMS that can be applied in mass-produced road cars.

A lot has changed in the Gen3 race cars – both in terms of performance and sustainability.

Today, with the EV sales market share being well under 1%, India needs to create more awareness, in terms of its goals towards carbon neutrality, sustainability, its climate pledges, and how EVs can help in those goals over the years and decades to come. Hosting an international motorsport event such as Formula E is exactly that, and would help accelerate countrywide demand for EVs and speed up the process of getting more EVs on the road. That’s what Formula E will be in India, a big awareness push, with a bit of wheel-to-wheel racing fun.