Suzuki Burgman Electric scooter spied on test near Gurugram: The scooter appears to be in its final stages of testing. Expect Suzuki to make the big reveal sometime in the first half of 2021.

Suzuki Motorcycle India is preparing to lift the curtains off its very first electric offering and it seems it is now nearing its final production version. We’ve already established the Suzuki Burgman scooter is a worthy option to buy in the 125cc segment owing to the features and comfort it offers. Now, Suzuki may be set to add an electric version of it soon. Spotted while on test earlier as well, we saw the new Suzuki Burgman Electric today on streets around Gurugram.

The scooter in the images shows the Burgman new colours well-suited for an electric powertrain and also, it doesn’t really have an exhaust which points to only one thing. The battery-powered Burgman also seems to have been given an update for the rear suspension to accommodate the electric powertrain. In terms of design and styling, it is identical to the conventional Burgman model. 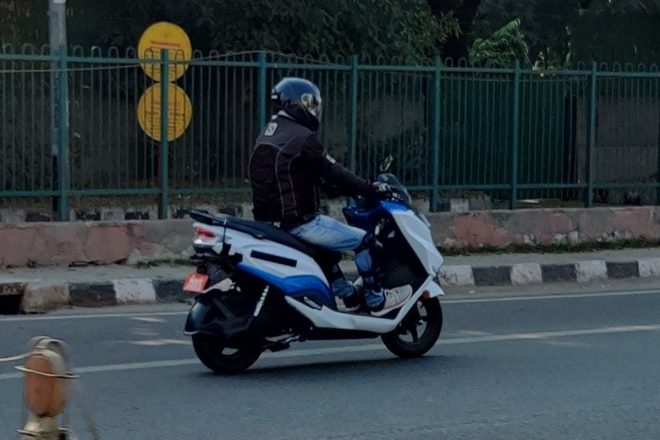 In a conversation with Express Drives in June, Devashish Handa, Vice President, Sales & Marketing, After-Sales, Suzuki Motorcycle India, confirmed that Suzuki would roll out electric two-wheelers, but when it deems the market is ready for it.

Considering rival brands like TVS and Bajaj have both launched their iterations of electric scooters in the form of TVS iQube and Bajaj Chetak, Suzuki could now see the market as ready for electrics. The first one will be the Burgman which is more of a global brand name, compared to the Access.

In terms of pricing, expect a tag between 1.2-1.3 lakh (ex-showroom) when the Suzuki Burgman Electric launches officially likely to take place sometime next year. Honda is also expected to roll out an electric two-wheeler in 2021.