Omega Seiki aims to keep its business models flexible by indulging in direct sales, leasing or managing fleet. The brand is already in talks with notable e-commerce giants for use of electric cargo three-wheelers as delivery vehicles. 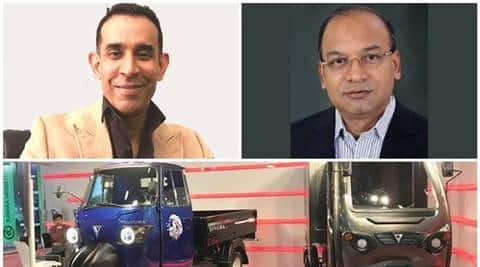 Electrification of vehicles on our road is inevitable but some questions do still linger – when and how? As it turns out, the introduction of electric cars has done little to help ease electric vehicle adoption as range anxiety, lack of charging infrastructure, high cost of acquisition continue to hold back the buyer. A flexible algorithm but with a structured approach is the need of the hour and many opine that personal cars would perhaps be the last to be electrified. We spoke with Omega Seiki, mobility arm of Anglian Omega Group, to have a chat on the subject and find out what’s in store for the EV manufacturer which also marked its presence at the 2020 Auto Expo in February.

While the common opinion is that without active government stimulus, the popularity of electric vehicles will remain a slow race in India, Uday Narang – Chairman, Anglian Omega Group, states that it is time now for manufacturers to take charge and not wait for government incentives and policies.

Narang agrees with Union Transport Minister Nitin Gadkari’s recent statement about India becoming a global manufacturing hub for electric vehicles within the next five years, adding that the country has the potential for self-sufficiency for EV development and production, and also to export.

He walked us through some very key collaborations with international firms for battery and powertrain that Omega Seiki will make an announcement for soon. The company already has electric cargo three-wheelers in its product lineup and tie-ups with notable e-commerce companies that have expressed interest in electric delivery fleets. Taking it a step further, Anglian Omega offers a complete delivery ecosystem that includes warehousing as well.

Elaborating on the impact of coronavirus pandemic on business, Dr Deb Mukherji, Managing Director, Omega Seiki Mobility, says that the automobile industry has taken a big hit but should be able to get back to 90 percent of pre-COVID era sales by year-end. For Omega Seiki electric three-wheelers, he says that there has been encouraging response from the e-commerce industry which has been the target market for the brand, but there has been substantial interest from fleet managers, individual buyers, especially from tier two cities as well. He adds that it will be comparatively easier for cargo three-wheeler segment to pop back to normalcy due to the demand accumulated during the lockdown months since home delivery is now more popular than ever.

Mukherji sees a good boom upcoming for the electric three-wheeler segment owing to its cost-effectiveness. Since both Singha and Singha Max comprise of 100 percent India-made components, the two benefit from the FAME II subsidy of about Rs 60,000. This combined with much lower running cost and the fact that BS-VI transition has made traditional counterparts expensive by Rs 30,000-40,000, the cost gap between EVs and ICE vehicles has begun to shrink.

Omega Seiki aims to keep its business models flexible by indulging in direct sales, leasing or managing fleet (independently or through a partner – for example Delhivery). “We see ourselves as a service company (the idea is to sell cargo space to the customer),” Mukherji explains. Omega is in talks with the likes of Amazon, Flipkart and Jio for use of its electric cargo three-wheelers as delivery vehicles.

Clarifying the product expansion strategy, Mukherji confirmed that Omega Seiki will be rolling out electric two-wheelers by Diwali this year and electric pickup trucks within the next three years. He opines that the consensus over reducing dependency on China for components should be treated as a positive opportunity to make India a global component supply source.