In a bid to cut carbon emissions and air pollution, Norway exempts battery-driven cars from most taxes and offers benefits such as free parking and charging points to hasten a shift from diesel and petrol engines.

An electric charging plug sits connected to a Bentley Bentayga luxury hybrid automobile during the Volkswagen AG (VW) annual general meeting in Berlin, Germany, on Thursday, May 3, 2018. VW Chief Executive Officer Herbert Diess pledged to step up integrity and compliance efforts as part of the German manufacturers deepest overhaul since the diesel-emissions scandal came to light in 2015. Photographer: Krisztian Bocsi/Bloomberg 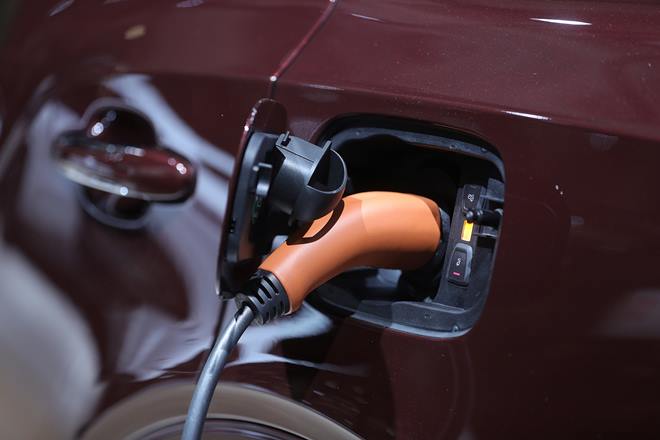 We don’t really think of Norway all that much, the country barely figures in our day to day conversations. As the world struggles to ditch dirty fossil fuels in favour of greener sources of transportation Norway has emerged as somewhat of a poster boy.  Almost 33% or 1 in 3 cars sold in Norway over the last year. India hopes to achieve similar numbers by 2032, which experts still feel is overly optimistic. So what did Norway do differently?

Well for starters their entire population is about 5 million. In comparison, We have about 8 times their population in just Honda Activas. So their shift while significant will be a whole lot easier than ours, infact when Norway says they will be 100% electric by 2025 it’s not that hard to believe. Secondly, at around 3500$ dollars a month as average earnings, Norway’s average incomes are almost twenty times of the 1700$ yearly average income in India making the transition to electric is easier as affording the more expensive electric vehicles becomes significantly easier.

That’s not all though, instead of feebate-ing ICE vehicles, Norway adopted a policy of exemption. Something that the Indian government seems to be shying away from in the last few years since they announced their decision to push for the shift. In contrast, Norway exempts battery-driven cars from most taxes and offers benefits such as free parking and charging points to hasten a shift from diesel and petrol engines. The Independent Norwegian Road Federation said that the number of electric cars rose to 31.2 per cent of all sales from 20.8 per cent in 2017 from just 5.5 per cent in 2013, while the sales of petrol and diesel cars plunged. Even in 2013, Norway had more electric cars than India does today.

Even then Norwegian Authorities believe that they have just taken a small step towards electrification, saying that they still have a long way to go since two-thirds of the 148,000 cars sold in 2018 in Norway were powered by fossil fuel or were hybrids, which have both battery power and an internal combustion engine. These sales figure further consolidate the idea that Norway as the largest producer of oil in western Europe is trying to infuse greener practices to infuse into their economy. The contrast, even China which is striving to become a hub for electric vehicles has only 2.2 per cent electric vehicles, where USA home of the Tesla has only 1.2 per cent, India with less than 1 per cent is among some of the countries with the lowest EV penetration.