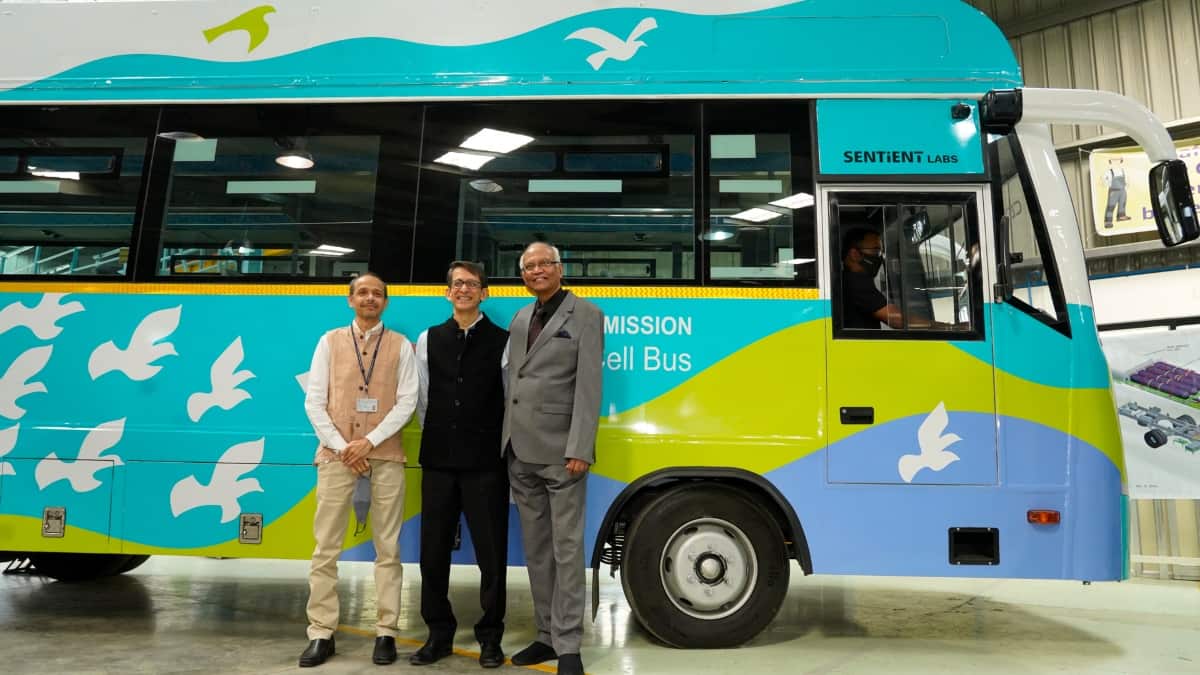 Ravi Pandit, chairman of Sentient Labs said Sentient Labs was talking to Indian automotive OEMs, Tier-1 companies and fleet operators to take the technology to market for large-scale adoption. “We have multiple enquiries from people who want 30 to 40 vehicles and want to run it for 12 -15 months,” Pandit said.

These pilot projects would be implemented with customers soon. There are 20 lakh buses on Indian roads and at least five lakh buses can be converted into fuel cell-powered vehicles, Pandit said. “We can break even with 1,000 buses,” he said. The bus will be going in for homologation and run for ten to 12 months at multiple locations where hydrogen was available. Pandit expected oil companies to make hydrogen fuel available in the next couple of months.

The hydrogen fuel cell technology has been developed in collaboration with the Council of Scientific and Industrial Research – National Chemical Laboratory (CSIR-NCL) and Central Electrochemical Research Institute (CSIR-CECRI). The bus can run for 600 km without stopping. Pandit said their fuel cell technology would cost around $ 400 per kilowatt compared to $ 1,000 -1,2000 globally.

The fuel cell utilizes hydrogen and air to generate electricity to power the bus. The only effluent from the bus is water, therefore making it an environmentally friendly mode of transportation. A single diesel bus plying on long-distance routes typically emits 100 tons of CO2 annually.

Sentient Lab has identified bottlenecks in battery technology, fuel cell technologies, and technologies for hydrogen generation and is working on creating the ecosystem with partners. Recently Sentient had announced the world’s first technology that generates hydrogen directly from agricultural residue for use in fuel cell-powered vehicles. This technology was developed with the Agarkar Research Institute. Biomass-based hydrogen generation technology can provide an alternative source of revenue to farmers, he said.