As per BEST, the driver immediately stopped the bus and evacuated the passengers on observing sparks enroute. 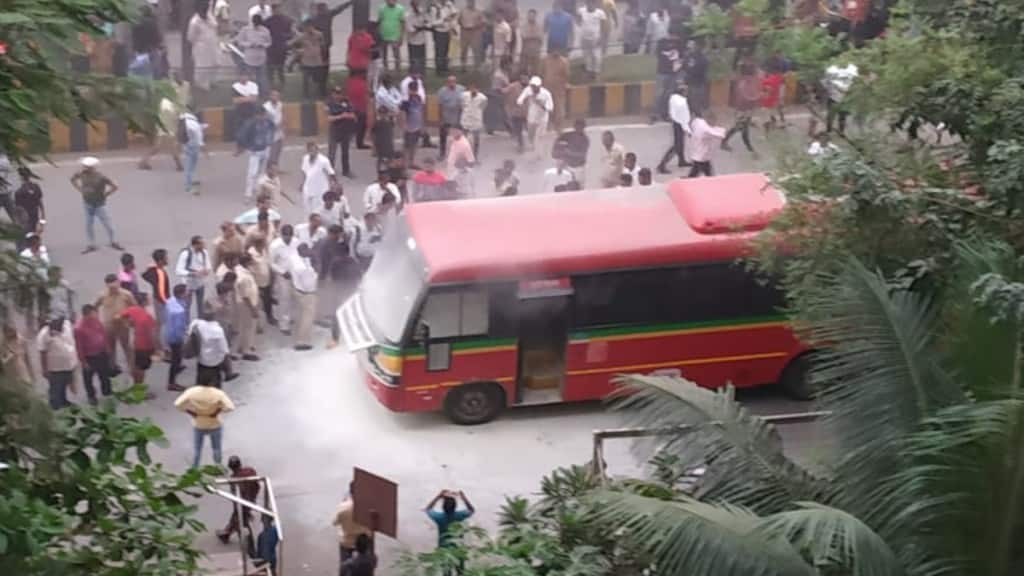 An air-conditioned bus of the Brihanmumbai Electric Supply and Transport (BEST) undertaking caught fire in Mumbai’s northern suburb of Kandivali on Thursday evening. However, BEST officials confirmed that no passenger were hurt in the incident.

As per BEST, the driver immediately stopped the bus and evacuated the passengers on observing sparks enroute. While fire broke out, the driver quickly used the fire extinguisher and tried dousing the flames. Though there were no injury and casualties in the incident, officials rushed to the site to investigate the cause of the fire.

As per PTI, the local fire station in Kandivali East, Mumbai received a call around 6.04 pm, after which police personnel and firefighters arrived at the Lokhandwala Complex Junction to douse the blaze in the mid-sized bus.

The bus was plying on BEST route A288 between Kandivali station and Kranti Nagar in the suburb.

The BEST officials confirmed that it was CNG bus that’s operated by contractors for BEST on wet lease. Under the wet lease model, BEST does not own the buses but get the vehicles along with staff from contractors for a fixed rate for each kilometre.

The BEST undertaking provides bus transport within the jurisdiction of Greater Mumbai, Navi Mumbai, Thane along with Mira-Bhayandar area.On an average 2.9 million passengers travel daily and more than 63,000 trips are operated by the 500+ strong fleet of buses. The significant chunk of these buses run on environmentally sustainable alternative fuel like CNG and electric. BEST has also plans to procure over 300 more buses, primarily electric going forward.