There are two variants, i3 and i4, which are again sub-divided into two trims each and the common factor is the 1.5-litre. 3-cylinder diesel engine that makes 80hp/190Nm. 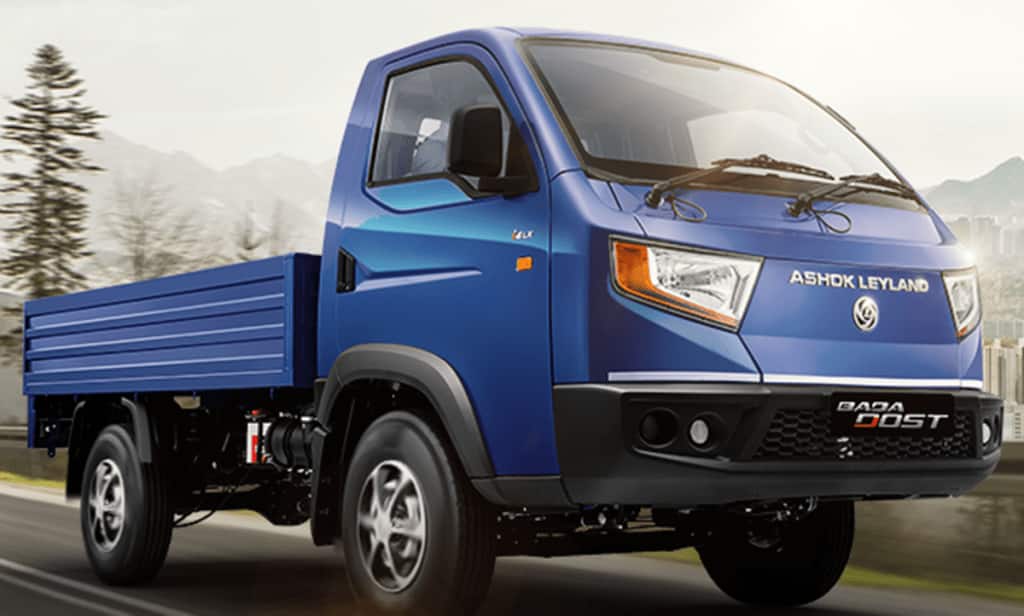 Ashok Leyland has launched its first new light commercial vehicle in ages. The Ashok Leyland Bada Dost is based on an all-new platform as claimed by the company. It builds on the nameplate established by the Dost LCV. Coincidentally, the Dost is still on sale. It was built out of the collaboration between Nissan and Ashok Leyland. The Ashok Leyland Stile was another such product. Nissan Evalia, anyone? Coming back to the Bada Dost, there are two versions – i3 and i4. The Bada Dost i3 is available in LS (Rs 7.75 lakh) and LX (Rs 7.95 lakh) variants. As for the i4, it also comes in the same variants and is priced at Rs 7.79 lakh and 7.99 lakh, respectively. As of now, only seven states in India get these LCVs. The plan is to have a pan-India rollout in the next three months.

One can book the Bada Dost online or through Ashok Leyland authorised showrooms. The company says that while designing this product, they focused on driver comfort as well as technology. All the versions get a common BS6 diesel engine. This 1.5-litre engine is slightly bigger than the Renault-Nissan K9k unit and makes 80hp of power and 190Nm. A 5-speed gearbox has been paired with this engine. As certified by the ARAI, three people can sit in the cabin. The cabin itself looks modern, has an optional AC, power steering with tilt function and music system. The instrument console is fully digital. Two lockable gloveboxes are offered as well.

In terms of dimensions, the Bada Dost measures 5025mm x 1842mm x 2061mm in length, width and height. It’s wheelbase is 2,590mm. Apart from what is shown in the image, the Bada Dost can also be ordered with HSD, Container, Reefer body, Refuse collection styles. The top speed is limited to 80kmph. There are no airbags on offer though ABS with EBD is standard. The difference between the i3 and i4 are the payload capacity. For example, the i3 has 1,405kg payload whereas the i4 gets a bigger 1,860kg capacity.