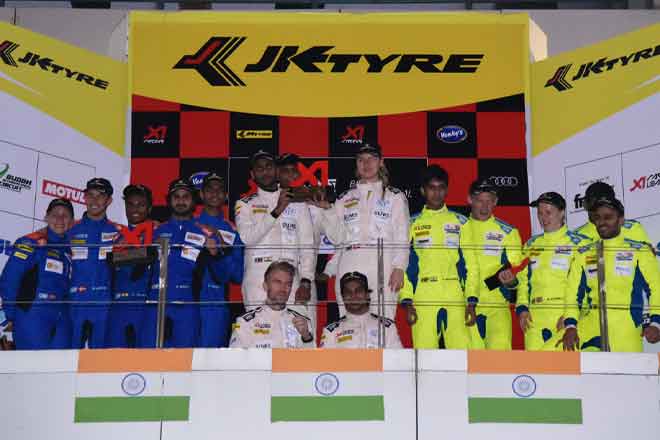 On Saturday, both Race 1 and Race 2 were won by Team Bangalore as the only team that came close to challenging them were the Mumbai Falcons. The Mumbai team consists of Karthik Tharani and Mikkel Jensen who were third Race 1, Kush Maini and Pippa Mann finished Race 2 in second. Sohail Shah is the fifth driver for the team.

But on Sunday, after a fresh qualifying session, it was the Mumbai Falcons who took a dominant victory in Race 3. But in the final 40-minute finale relay race, Team Bangalore Racing Stars managed to beat Team Mumbai who finished second. In the final race, Team NK Racing Chennai, owned by former Indian F1 racing driver Narain Karthikeyan finished third.

The X1 Racing League is the worlds first franchise-based motorsport series which was co-founded by two of India’s decorated racing drivers, Aditya Patel and Armaan Ebrahim. Similar to the IPL (Indian Premier League) for cricket, the X1 Racing league features 6 teams from six Indian cities having five drivers each battle it out on a race track in a unique racing format.

The X1 Racing League for its inaugural season will consist of two race weekends, with the first being concluded at the Buddh International Circuit. The second round of the season will be held at the Madras Motor Race Track in Chennai on 7th and 8th of December. 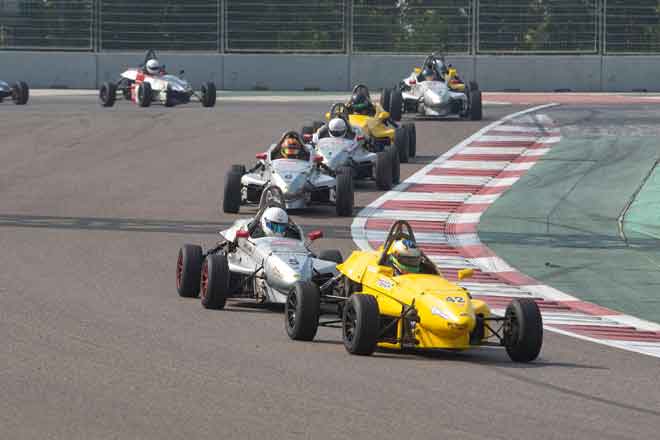 Vishnu Prasad has once again taken the JK Tyre National Racing Championship title in the LGB Formula 4 race after an intense battle on track. On the final race of the season, the race ended under the safety car as on Lap 6, car no 6 of Sandeep Kumar colluded with another car going into turn 1 and barrel-rolled, landing upside down. However, the driver was able to get out of the car before the vehicle caught fire and has been cleared by the medical team.

As Vishnu Prasad finished the race in the lead, with Ashwin Datta in second, Raghul Rangasamy, Prasad’s championship rival could only manage third. Thus, in the championship points, Vishnu with 83 points to his name sealed another championship title as after the final classification, Raghul Rangasamy scored a total of 79 points in the season.