The Tata Altroz will make its official debut in India soon. Based on the car manufacturer’s ALFA architecture, it will compete in the premium hatchback segment with the likes of Maruti Suzuki Baleno, Hyundai i20 and Honda Jazz. 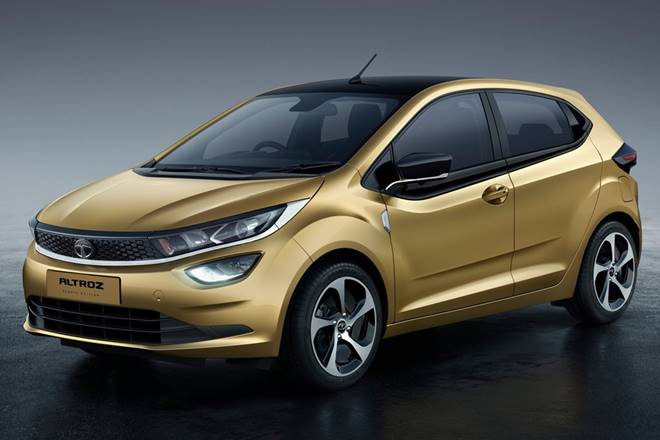 Tata Motors is soon going to launch its all-new premium hatchback, the Altroz in the Indian market. It is based on the homegrown automaker’s ALFA architecture and is going to get its IMPACT 2.0 design language. The Altroz made its global debut at the 2019 Geneva Motor Show. While it was showcased as a concept for the first time at the 2018 Delhi Auto Expo. Tata Motors is expected to launch the Altroz in India sometime during the festive season this year. It will compete in the premium hatchback segment with the likes of Maruti Suzuki Baleno, Hyundai i20, Honda Jazz as well as the Toyota Glanza.

The Altroz is going to be the second vehicle in Tata’s portfolio to be based on its IMPACT 2.0 design language. Curtsey of this, it gets an aggressive exterior design with bold character lines that makes it look somewhat sporty. Unlike the Harrier, the Altroz gets a tradition headlamp set-up with the LED daytime running lamps finding their place alongside the fog lamps on the front bumper. The side profile of the Altroz is highlighted by protruding front wheel arches which lead into a strong shoulder line which runs all the way till the back of the car. At the back, the Altroz comes with wraparound tail-lamps with an LED set-up along with black accents sitting in between.

On the inside, the Tata Altroz is going to offer a layered dashboard design. Its instrument cluster takes its inspiration from the one seen on the Harrier as it also comes with a part analogue, part digital set-up. The Altroz is going to come with a floating touchscreen infotainment system, steering mounted audio controls, automatic climate control along with other features that will make it on par with the segment leaders. Tata Motors, in the recent past, has been offering good quality materials in its cars, alongside offering a decent build quality. Expect Altroz to follow suit.

The European-spec Tata Altroz is going to get a 1.0-litre, 3-cylinder, turbocharged petrol engine. This is the same unit which is currently available on the Tata Nexon. This gasoline engine is capable of churning out 110 hp of power along with 170 Nm of peak torque. We expect the India-spec version to get the same engine as well. If the same happens, then the Altroz will become the car with the higher power output in its segment. However, there is a chance that for the lower-spec trims, Tata may use the Tiago’s 1.0-litre, 3-cylinder engine which produces 86 hp of power. From the beginning, the Tata Altroz is going to get BS-6 complaint engine options. Whether it will get a diesel derivative or not, remains to be seen. Transmission options will include a 5-speed manual gearbox. There could be an automatic unit on offer as well.

The Tata Nexon scored a commendable 5-star rating in the global NCAP crash tests. Expect the Tata Altroz, to score a similar result. As standard, this premium hatchback is going to get dual-airbags, ABS and EBD, rear parking sensors, driver and passenger seat belt warning and high-speed alert system as standard across the range.

Tata is known to price its cars very aggressively. Altroz, which will be locally manufactured, is expected to undercut its competitors by a small margin. Its prices are likely to fall in-between the range of Rs 5.4 lakh to Rs 8.5 lakh (ex-showroom).