MG Gloster could be launched around the festive season in India at an expected starting price of Rs 40 lakh (ex-showroom). The SUV will rub shoulders against the likes of the Toyota Fortuner, Ford Endeavour, and also, the Mahindra Alturas G4 in the segment. 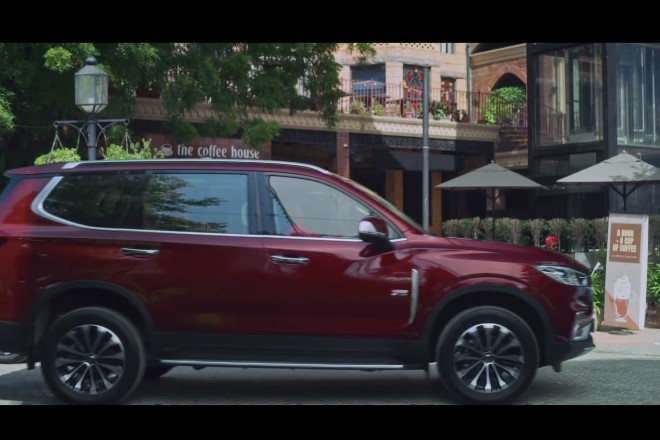 MG Gloster – the full-sized SUV that will challenge the likes of the Ford Endeavor and Toyota Fortuner is all set to be launched in India in the coming months. The SUV has been teased a number of times and now, very recently, MG Motor India has revealed an interesting feature of the Gloster. The company has released a teaser video of the MG Gloster and has confirmed that the SUV will come with an auto park assist feature – something that you must have seen in some high-end cars like BMWs. The MG Gloster will have level 1 autonomous driving capability and all thanks to the auto park assist tech, the SUV will be able to park itself without any driver intervention. This is made possible with the help of a 360-degree camera and the said autonomous driving capability.

The MG Gloster will be one feature-loaded SUV and the previous teaser video confirmed that the vehicle will come with advanced driver assistance systems (ADAS) including collision avoidance systems, lane departure warning and more. Based on the Maxus D90 that is sold in China, the MG Gloster is on sale globally with a 220hp/360 Nm 2.0-litre turbocharged petrol engine along with a 212hp/480Nm 2.0-litre turbo diesel engine. Transmission options include a six-speed manual and a six-speed automatic and we expect both these engines to make way into the India-spec model.

Other noteworthy features on the MG Gloster include a 12.3-inch touchscreen infotainment system and 12-speaker audio system. Like the Hector, the MG Gloster will be a connected car as well, thanks to the company’s iSmart platform. The vehicle will come with an embedded SIM card that will support even 5G networks. MG Gloster could be launched around the festive season at an expected starting price of Rs 40 lakh (ex-showroom).