Hyundai and Shah Rukh Khan have an important message to give. Traffic habits in India have a huge, massive, ginormous scope for improvement. If you drive or ride, you very well are aware of the grave situation. 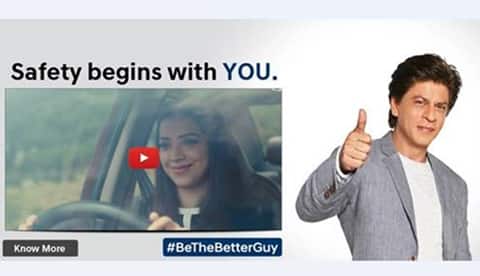 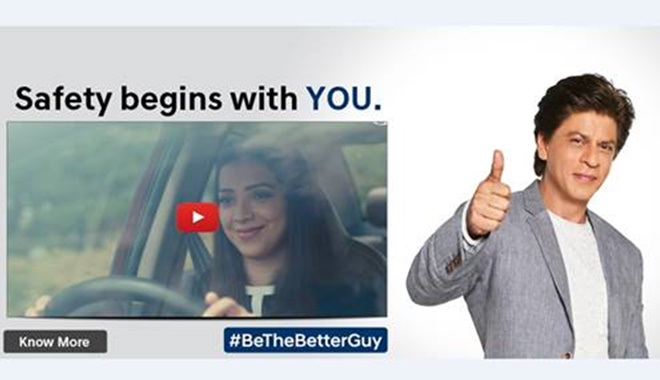 Hyundai India, in association with Ministry of Road Transport and Highways, has taken a little initiative to promote road safety releasing a Road Safety film, starring Shah Rukh Khan, aimed at creating a positive change in the society and inspire people to adhere to traffic rules. This film marks phase II of #BeTheBetterGuy road safety initiative by Hyundai since 2016 and draws attention to critical issues pertaining to road safety such as– Under Age Driving, Don’t Drink & Drive, Usage of Mobile Phone, Over Speeding & Violation of Traffic Signal. Phase II of ‘Safe Move – Road safety’ campaign will continue until the end of 2017. The initiative also has an offline road safety activity in association with Ministry of Road Transport and Highways (MORTH) at 150 Schools in 15 cities and 14 Malls in six cities. The campaign will also be promoted in prominent Cinema halls in top 20 cities.

Phase I of Road Safety Campaign #BeTheBetterGuy in 2016 was successful, clocking over 3.84 million views and has won prestigious awards on Road Safety campaign by eminent Indian media. Along with digital films, Hyundai also conducted on-ground Road Safety activities like the School Contact Program and Resident Contact Program, which covered over 90,000 Students in 142 schools and 23,000 Residents in 146 Resident Welfare Associations in 10 cities across India.

Traffic habits in India have a huge, massive, ginormous scope for improvement. If you drive or ride, you very well are aware of the grave situation – or are one of those who has led to it. The scenario is so bad in our country that for most road users, it is all about space – they see some space somewhere and they’ll drive onto. Overtaking from the right, stopping before the zebra crossing, letting pedestrians peacefully cross the road, not honking too much, not speeding through marketplaces and housing societies, and speeding up a little on flyways – these are all fairy tales to the Indian road user. White lines, yellow lines, traffic cones – these are the poor fairy tale characters.

The problem isn’t just defiance against following traffic rules, it is also lack of ethics and mannerism. People must understand that when they answer a ‘highly important call from the president of their office desk’ or put a ‘harmless like’ on their uncle’s photo on Facebook, they jeopardise the lives of others as well. Glued to their phones, they tend to drift unknowingly.

The solution to these problems lies in kid’s upbringing. If a kid watches his dad or mom jump a traffic signal, overtake from left, drive in the middle of two lanes, avoid seat belts or helmets if there isn’t a police checkpoint around, that is exactly what the kid will learn. Parents, are you listening?