Watch this Range Rover break physics and the internet, all in a storm drain!

When you think of a Range Rover taking it to the limit you’d usually picture it mucking about in the jungle or wading through or river or some such, but have you ever seen one make an obstacle course of a storm drain? Most Range Rovers that leave the marbled privilege of the showrooms, tend to never leave the blacktop spending most of their lives in the lap of luxury.We tend to forget that under all that finely crafted leather and chrome, the pedigree and age-old Land Rover heritage still exists. And it’s spectrum of physics altering capabilities does not only extend to the muddy extent of the actual jungles. 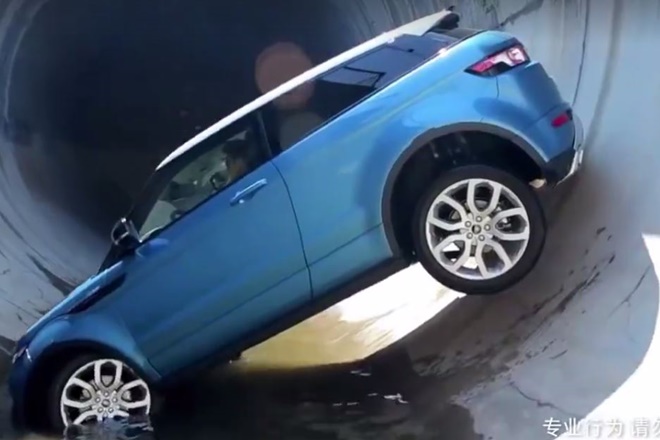 With some imagination, you could — should you be adequately endowed–  you could even get to hooning within the concrete confines of the Urban Jungles. This video is one such example, as this  — obviously insane — Range Rover driver manoeuvres his way around the laws physics entering a storm drain on a semi-spiral right with a wheel in the air. 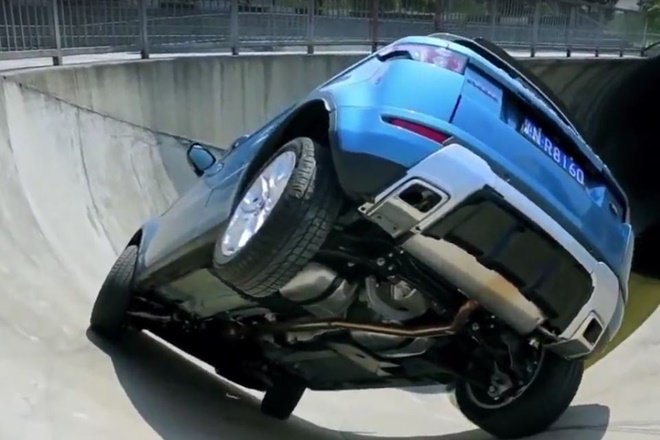 If that’s not enough, he reverses up the inside of a wet cement drain pipe without even spinning his wheels and then goes over to climb a slope, exemplifying the Rangies ramp over angles. Obviously, totes credit to the driver whose skill and adamantium nerves seemed unfazed — bored almost — by the callisthenics, but we can’t rule out the Range Rovers capabilities. Watch the video, apparently to Land Rover the laws of physics are merely a suggestion.