Volkswagen will launch the new 2021 Volkswagen Tiguan Facelift in India tomorrow, i.e. on December 7, 2021. Here is what you can expect from the upcoming facelifted five-seater Tiguan SUV. 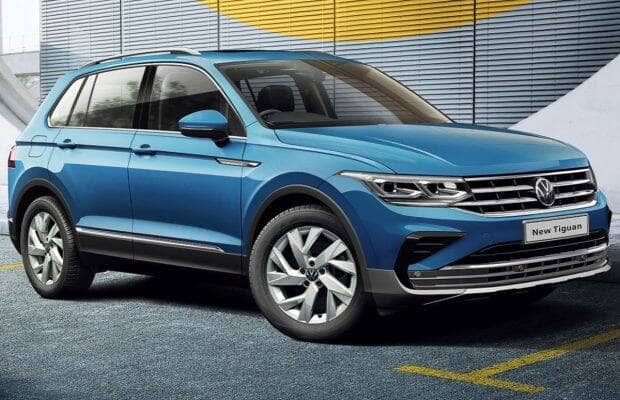 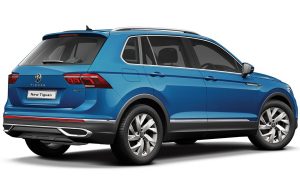 The new 2021 Volkswagen Tiguan Facelift will get a host of cosmetic updates that will make this elegant five-seater SUV look even better. Starting with the design, at the front, it will get updated headlamps and DRLs with new LED Matrix technology. The SUV will also feature a slimmer grille with a lot of chrome accents, revamped bumpers, and new 18-inch alloy wheels. At the rear, it will sport new LED taillights along with Tiguan lettering on the tailgate.

The facelifted Tiguan will get a new powertrain. While the pre-facelift model that was launched in India back in 2017 had a diesel engine only, the upcoming facelift version of the SUV will be available with only a turbo petrol engine. It will be powered by a 2.0-litre TSI turbocharged petrol engine with a direct injection system. This motor will churn out 187 hp of power and 320 Nm of torque. The engine will come mated to a 7-speed DSG (Direct Shift Gearbox) and it will get VW’s 4Motion all-wheel-drive system too. 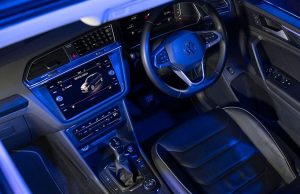 Talking about features, the new Volkswagen Tiguan Facelift is expected to be as feature-loaded as the Tiguan Allspace. It is likely to get a new 8.0-inch touchscreen infotainment system with Android Auto and Apple CarPlay connectivity, a massive panoramic sunroof, three-zone climate control, etc. The safety equipment on the car will include six airbags, ABS with EBD, ESP, hill start assist, hill descent control, tyre pressure monitoring system, and many more.

Unlike the now-discontinued seven-seater Tiguan Allspace that was imported to India as a CBU (completely built unit) in limited numbers, the upcoming five-seater Volkswagen Tiguan SUV will be assembled at the Volkswagen Group’s Aurangabad plant in Maharashtra.