Volkswagen planning massive expansion of its electric vehicle range: To set up 16 EV production facilities by 2022

Sadly, India is not a part of Volkswagen EV expansion strategy and it is believed that the company will not set up any factory for EVs here is the lack of charging infrastructure. At present, the company manufactures electric vehicles at three locations in the world. 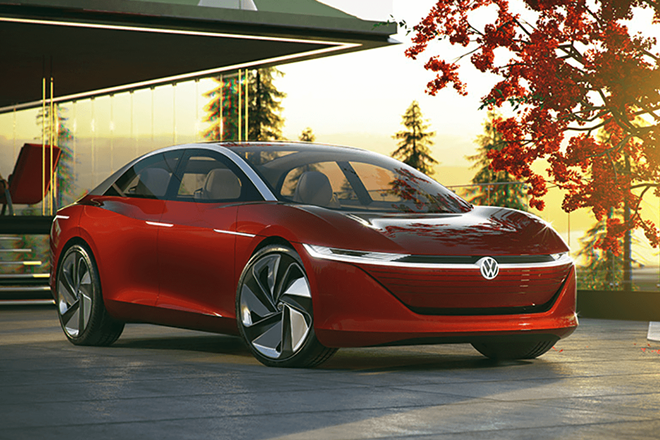 Volkswagen has recently announced that its 16 production facilities across the world will manufacture electric vehicles by the year 2022. The information got revealed by Matthias Müller, CEO of Volkswagen AG, at the Group’s Annual Media Conference that took place in Berlin. Currently, the company manufactures electric vehicles at three locations in the world and in the next two years, nine of the Group plants will be readied to fulfill the purpose. India is not in the list of sites that will be getting the new Volkswagen production facilities. The reason for this is unclear at the moment. It is believed that the company is not interested in setting up its EV factory in India due to the lack of charging infrastructure here. In order to ensure adequate battery capacity for the massive expansion of electric mobility that Volkswagen has planned, the partnerships with battery manufacturers for Europe and China have already been agreed. The contracts for this already awarded have a total volume of around EUR 20 billion and a supplier decision for North America will be taken shortly.

Commenting on the company’s upcoming EV strategy, Matthias Müller, CEO of Volkswagen AG said, “Over the last few months, we have pulled out all the stops to implement ‘Roadmap E’ with the necessary speed and determination. This is how we intend to offer the largest fleet of electric vehicles in the world, across all brands and regions, in just a few years.”

“We are making massive investments in the mobility of tomorrow, but without neglecting current technologies and vehicles that will continue to play an important role for decades to come. We are putting almost EUR 20 billion into our conventional vehicle and drive portfolio in 2018, with a total of more than EUR 90 billion scheduled over the next five years,” he added.

More details expected to come in the coming days!