Speaking to FE, Dheeraj Sahu, UP transport commissioner said that though the number of vehicles sold in Uttar Pradesh in June shows a dip compared to the corresponding period last year, it is still higher than any other state in India. 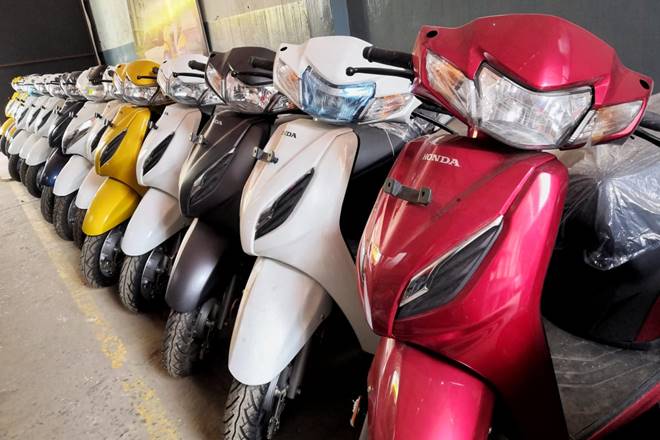 Uttar Pradesh has emerged as the top state in the country in the sale and registration of new vehicles in June. As per transport department data, of the total 9,67,502 vehicles register all over the country, 1,61,251 vehicles were registered in Uttar Pradesh in June, which accounts for 16.67% of the total sales. However, when compared to June 2019, when as many as 2,93,309 vehicles were registered, it shows a y-o-y dip of almost 55%. Of the 1,61,251 total vehicles registered in June, 1,48,701 come under the non-transport (personal vehicles) category, which includes four-wheelers and two-wheelers), while 3546 are public and commercial transport vehicles. A further breakup shows that of the 1,48,701 vehicles in the non-transport category, as many as 1,34,396 were two wheelers/bikes while 14305 were cars and other four wheelers. Speaking to FE, Dheeraj Sahu, UP transport commissioner said that though the number of vehicles sold in UP in June shows a dip as compared to the corresponding period last year, it is higher than that of any other state in the country. “We hope that with gradual easing of restrictions, sales will pick up in the coming months,” he said, adding that the trends in July are encouraging.

It may be mentioned that auto sales had gone down drastically in April and May after lockdown was imposed in March and even though sales have started looking up, it is still only half of what they were during the corresponding period last year. The transport department, which gets a major share of its revenue from the registration of new vehicles, had a target of collecting `735.25 crore revenue in June, against which it achieved Rs 432.74 cr. The target for 1st quarter was `2184.13 crore, out of which it achieved Rs 632.69 crore, which was a mere 29%.